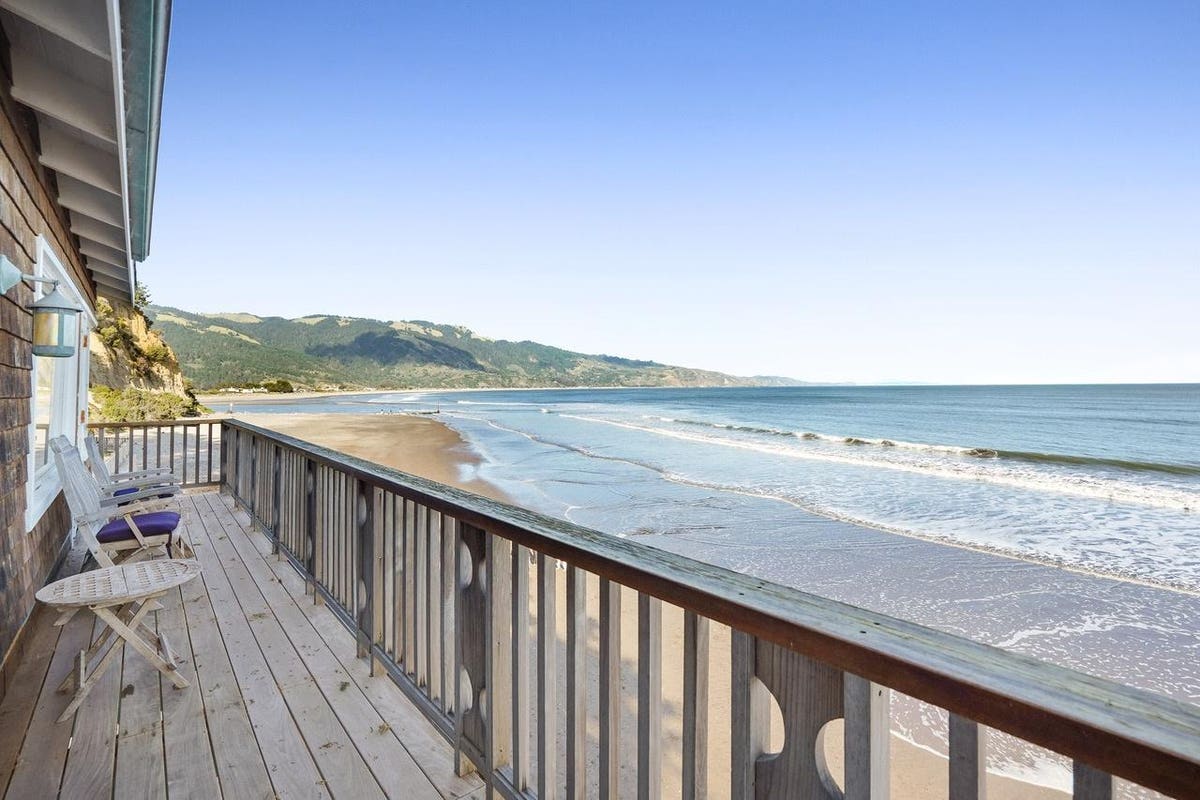 Bolinas, California is an unincorporated coastal community in Marin County known for its reclusive residents. It is only accessible via unmarked roads; any road sign along State Route that points the way into town has been torn down by local residents, to the point where county officials offered a ballot measure to which the voters responded by stating a preference for no more signs. Unlike nearby towns such as Sausalito and Mill Valley, Bolinas has no website, much less a chamber of commerce.

Reclusion is part of the town’s appeal. Its population, which numbers fewer than 2,000, tends towards gray-haired hippies, surfers and tech and movie gazillionaires who crave privacy.

Now an especially notable home in Bolinas is for sale for $16 million. 99 Brighton Avenue has a rich history: if walls could talk, this rock and roll sanctuary would tell endless fascinating stories. The guitar-shaped pool says it all.

Once the home of rock legend Grace Slick, the house was built in 1920. During the 1920s it served as a bathhouse, a casino, a ballroom and a teahouse. During the 1960s, the house belonged to the family of Susie Tompkins Buell, the co-founder of Esprit de Corp and The North Face. She said that living there instilled in her a profound love of nature.

In the heyday of West Coast rock and roll, Jerry Garcia and Grace Slick jammed here. During her tenure, Grace Slick designed a guitar-shaped pool with gold and copper mosaic shimmery tiles and sun and moon motifs. There is also a bronze dolphin by Marin sculptor Peter Bishop Allen, which appears to be rising from the water.

A distinctive stone entry archway with keystone, crafted by artisan Doug Bryant of A Lost Art Stonework, marks the entry to a the four-bedroom, four-bath house has 4,074 square feet of living space directly on the beach. The interior is bright with natural light, with ocean vistas all around. The main living area has a fireplace, cathedral ceilings with exposed trusses, wood paneling, and warm hardwood floors. The chef’s kitchen has a farmhouse sink and a six-burner gas range. The lower level has a media room and an oversized wet bar for entertaining. All three lower-level en-suite bedrooms are peaceful with ocean views. There is also a sauna on this level.

Multi-level limestone patios bring the California ideal of indoor/outdoor living. With its history, location, and elegant charm, this is the soul of California Dreamin