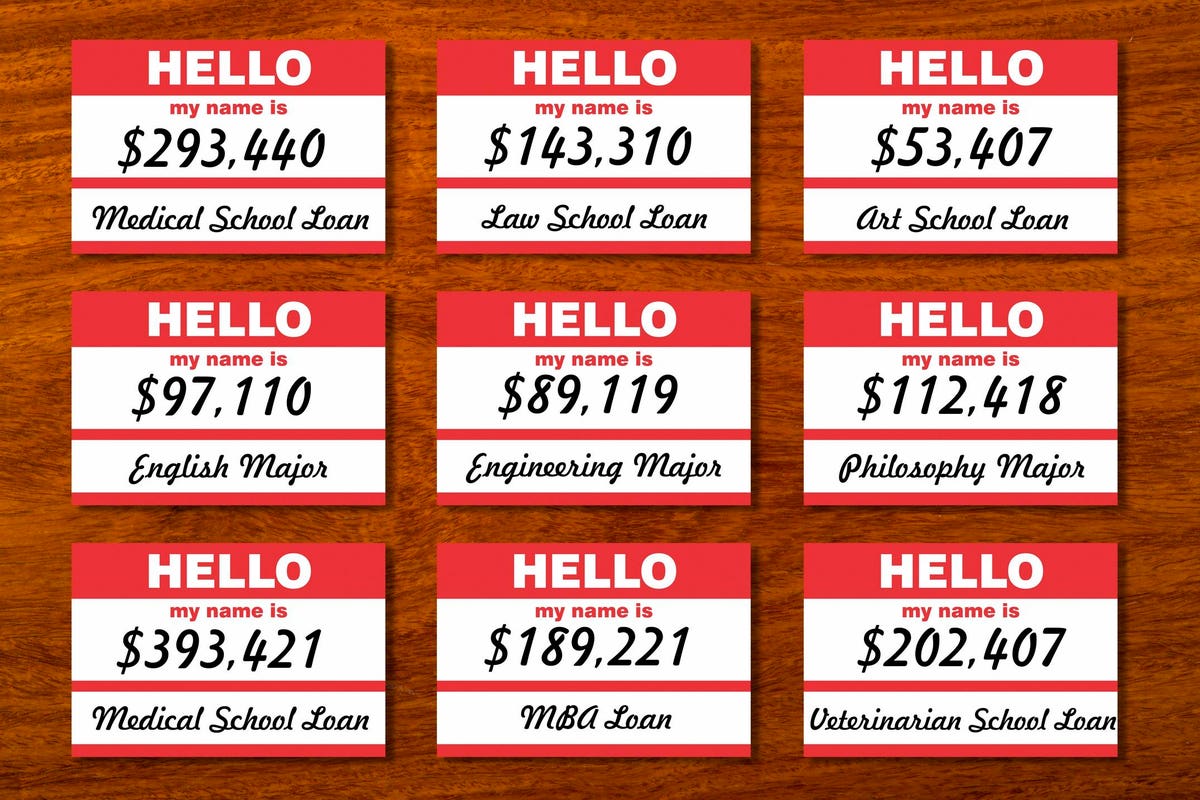 In accelerating forgiveness of certain income-based student loans, President Biden performed cosmetic surgery on our atrocious federal student debt program. His actions will provide a modicum of relief to fewer than one tenth of the 43 million Americans (one in six adults) that are in $1.75 trillion collective higher-ed hock.

What’s wrong with federal student lending? For starters, two-in-five college matriculants never graduate. Half of the million annual dropouts leave college in debt. But when colleges “award” student loans to their admits, none disclose that investing in college is one of life’s riskiest financial moves.

How many of us would invest tens to hundreds of thousands of dollars on a venture with a 40 percent chance of returning absolutely nothing? And which of us would double down our risk by borrowing to make the investment?

College students can borrow up to $31,000 in trying to earn a diploma. That’s less than a year’s median earnings for college grads. Still, $31K falls far short of the $200K total college-career costs at many schools. To “help” students cover the difference, Uncle Sam hawks Parent-Plus loans to students’ parents. These loans, which are growing rapidly, may land in the student’s lap. Or the student may end up repaying indirectly by providing their parents financial help in retirement. What if your parents don’t borrow on your behalf? You can take on more debt via private loans — all based on your total lack of experience with finance.

Were Sam’s lending rates moderate, student loans would be of less concern. They aren’t. Last July 1st, Uncle Sam set his college student loan rate at 3.73 percent, his graduate school rate at 5.23 percent, and his parent loan rate at 6.28 percent. Those rates are miles higher than the then-prevailing 1.48 percent 10-year Treasury bond rate — the rate that Sam was able to borrow as of last July. As for private student loan rates? They can reach 13 percent!

Why are the feds borrowing at X and lending at more than twice to four times X? Because many borrowers can’t repay. In fact, two in three adults with student loans currently owe more than they originally borrowed. In 2019, 12 percent of student loans were in default. Another 14 percent were in deferral or forbearance. In other words, at least one in five of the 45 million Americans with student debt weren’t able to repay what they owed. Thus, student borrowers have a 20 percent chance of not being able to repay or fully repay even in normal times. It’s no wonder that almost 3 million Americans over 60 are still on the hook for educational costs incurred decades ago.

Once Uncle Sam has you in his usurious clutches, you’re stuck, potentially for life. Defaulting on student loans is near impossible. Your loans can’t, apart from rare occasions, be discharged in bankruptcy. And if you don’t repay, you’re likely headed to modern-day debtor’s prison. This includes having your loans turned over to a collection agency, which can add 18 percent to the balance. Having first your wages and later your Social Security benefits garnished. Losing your federal and state income-tax refunds. Having an impaired credit history for up to seven years after you’ve fully repaid. And being unable to borrow for a car or home or even get a credit card.

Disabled with student debt? Pay up or we’ll grab part of your measly monthly disability check. Based on recent stats, more than 75,000 of America’s disabled are having benefits seized each month to repay their student loans. Yet the amount garnished is rarely enough to keep what’s owed from growing. So you can be 99 and still be repaying your student loans.

If federal student loans could be refinanced, things would be different. They can’t. They can be restructured — extended and, in some cases, made income dependent, but the rate is locked for the life of the loan. You can also borrow at a variable rather than a fixed rate, but can’t switch between the two. Say you took out some of your college loans in 2008 at the then-prevailing 6.8 percent fixed rate. In this case, you’ve been paying 6.8 percent for what is now 13 years — even though interest rates over this period (until very recently) fell roughly in half!

Some in Congress advocated more forgiveness. Senator Sanders, for example, seeks full cancelation of student debt. But forgiving all student loans is unfair to those who’ve been paying off their loans or have worked at low wages in the public sector to win forgiveness.

Fortunately, there’s a very simple, entirely fair solution. Let students and parents borrow as well as refinance their loans at the prevailing Treasury’s 30-year bond rate. That rate’s currently 2.94 percent, which is far lower than the 4.50 percent new college and 7.0 graduate school and Parent Plus student loan rates that will likely be set on July 1st. This policy — Lend at the Borrowing Rate — coupled with the ability to discharge student loans in bankruptcy will end the student loan crisis.

As for its cost, this plan will permit more people to repay and could well make the system self-financing. If not, Uncle Sam will surely make up the difference in higher future tax revenues. After all, the biggest driver of average taxes is worker productivity, which depends largely on the quality and quantity of education. Lend at the Borrowing Rate is surely a policy both parties can embrace. Like the bipartisan infrastructure bill, it invests in capital, but in the capital that matters most — human capital.