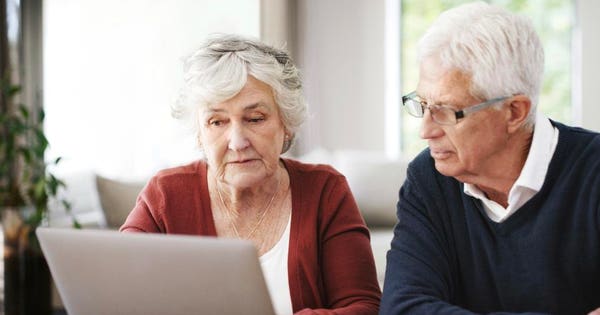 Are you worried that you’re going to outlive your money? It’s a fair concern with interest rates low and heading lower.

To put it bluntly, many well-off retirees are at serious risk of having to pick up a “side hustle” to avoid dying broke. Passive income in the popular retirement “go-tos” is simply no help today, as the average S&P 500 stock pays a skimpy 1.9% now. Ten-year Treasuries? Even worse, at just 1.5%.

So unless you’ve got $2.1 million laying around to invest in the typical blue chip stock—enough to get you a $40,000 annual dividend stream—you’ll likely have to sell some of your stocks to supplement your dividend income.

When these yields “invert”—as they are now—they’re the canary in the coal mine: this setup has predicted the last seven recessions.

Millions of Retirees About to Get Hit

This indicator is putting millions of retirees on notice. But many will ignore it because they follow a strategy their adviser says is safe, but is, in fact, anything but.

That’s the “4% rule.” You know the one: where you withdraw up to 4% of your portfolio a year to supplement your dividend income.

Sounds reasonable, right? Well, I hope you haven’t fallen into this trap. Because the 4% fiasco can only magnify your losses (and crush your income) when you hit a patch.

As an example, take Apple (AAPL) stock’s 33% plunge during the late 2018 correction, which was much worse than the 20% fall in the market as a whole.

If you were following the 4% rule, you were forced to withdraw money at exactly the wrong time. Apple’s dividend was fine (in fact, the company announced a big hike a few months before the meltdown). But you still needed to sell shares for more income.

Remember the benefits of dollar-cost averaging that built your retirement portfolio? This is the same, but in reverse! You’re selling more shares when prices are low—which hurts your income stream even more—and fewer when prices are high.

It’s a “retirement death spiral” with one outcome: outliving your money!

Instead of Wall Street’s flawed 4% rule, we’re going to transition your nest egg into what I call “pullback-proof” dividends. These stout dividend payers have two critical strengths that protect and grow your savings no matter what:

Let’s dive into two dividends that tick these boxes. I’m zeroing in on these two because between them, they give you a ton of diversification, with real estate investment trusts (REITs), blue chip stocks and high-yielding preferred stocks.

Like the proverbial generals fighting the last war, many folks simply won’t touch real estate, because it triggered the ’08/’09 crisis.

That’s too bad, because they’re missing out on one of the steadiest, highest-yielding corners of the market. Right now, the benchmark Vanguard Real Estate ETF (VNQ), yields 3.3%, nearly double the typical S&P 500 name.

What’s more, in the late-2018 crash, REITs fell half as much as stocks. And because of REITs’ higher dividends, owners of these stocks had far less need to sell into the downturn.

This fund’s secret weapon is its management team, which boast 75 years of experience between them. They’ve powered RQI’s portfolio (measured by its net asset value, or NAV) to a 9.8% annualized return since inception in 2002, topping the 8.7% returned by the other REIT CEFs.

And you can forget about having to sell into a downturn with this fund, because most of its monster return comes in cash, thanks to its 6.5% dividend, which drops into your account monthly—right in line with your bills.

Pick No. 2: A 6.4%-Yielder That Shrugs When Markets Panic

Let’s add more ballast to our portfolio with two other corners of the market that are perfect for times like these: utilities and preferred stocks.

But we’re not going to do it through ETFs or by buying these stocks directly.

That’s partly because preferred stocks are tough for individual investors to access, and the ETF options pay less than the CEF I’ll show you shortly: 3% for the Utilities Select SPDR ETF (VNQ) and 5.6% for the iShares Preferred & Income Securities ETF (PFF).

I don’t know why you’d mess around with these when you could buy the John Hancock Tax-Advantaged Income Fund (HTD), which pays a 6.4% dividend—every month, no less—and pumps out big special dividends on the regular.

Like RQI, HTD has dominated its benchmarks (PFF and VNQ) in the last decade, with more of its return coming in cash, thanks to its outsized dividend!

Which brings me to its legendary stability: with a beta rating of 0.54, this one is half as volatile as the overall market.

With our “recession indicator” flashing red, it won’t be long before HTD’s low volatility, high dividend and history of big special payouts prompt the mainstream crowd to bid the fund’s price away from us. That makes now the time to buy in.