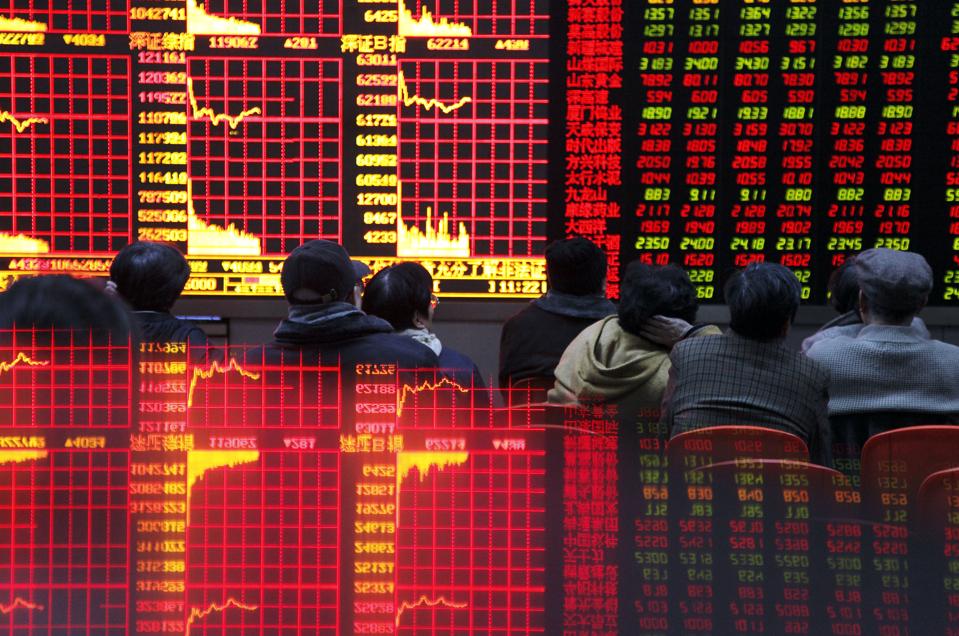 Make no mistake about it, wheels are in motion to ban some $49.5 billion worth of Federal government pension money from being invested in Chinese securities. If people like Senator Marco Rubio succeed in making sure China stocks and bonds are not part of a federal employee’s retirement portfolio called the iFund, it sets the table for Washington to sanction certain China stocks should the trade war escalate in the years ahead.

Perhaps more importantly than that, try to imagine one of biggest indexes in the world, the MSCI All Country World, being rejected by a $578 billion U.S. government pension fund, of which around 8% is the retirement holdings of the U.S. military.

It would have ripple effects for mainland China stocks and bonds, which will be included in various J.P. Morgan indexes starting in February 2020.

Roughly two years ago, financial consultants from Aon Hewitt and BlackRock convinced the Federal Retirement Thrift Investment Board that the current index for the iFund – the MSCI EAFE – was leaving out the world’s No. 2 economy. They recommended the MSCI All Country World Index, of which China constitutes around 4%.

China’s inclusion in that fund is expected to double over the next couple of years.

The Thrift Savings Plan manages money for both military retirement funds and some 5.7 million government employees across a variety of its funds. However, Florida Senator Rubio and New Hampshire Democrat Jeanne Shaheen asked the Committee to reconsider the index move for the iFund in particular back in August. The MSCI EAFE does not hold any emerging market stocks.

A decision is not expected until mid-2020. There is a strong chance that the Board reverses course on this, leaving China in the dust and striking a potentially serious blow to Chinese securities.

Investors holding Chinese stocks in the MSCI ACWI benchmark are holding makers of Chinese military equipment, such as drones and anti-ship missile manufacturers. China Mobile, a telecom who was rejected an FCC license, is also in the index. Along with China Unicom, a telecom firm that produces equipment used in communications signals intel in the South China Sea, a bone of contention for the U.S. Department of Defense. The index also has positions in Hikvision, a company that manufactures surveillance equipment used in China’s ever-expanding Big Brother society and whose camera equipment dons facilities holding ethnic minorities in Western China.

Another telecom, ZTE, was once sanctioned by Washington and is also in the index. Federal agencies are banned from doing business with them, but they would be in a retirement fund held by the employees of some of those agencies.

Last year, the Securities and Exchange Commission said they faced a lot of challenges conducting oversight of China companies listed on U.S. exchanges because Chinese companies are not subject to the same financial regulations as the United States.

China law requires their corporate records remain in China and the books of state-owned enterprises are off-limits due to states secrets, Beijing will tell you.

It is even harder for companies listed on the Shanghai and Shenzhen exchanges. Those stocks, known as the A-shares, are now accessible thanks to greater index inclusion. They are not compliant with financial regulations Sarbanes-Oxley, or Dodd-Frank.

While Wall Street may not like those two regulations, many politicians and bureaucrats do. There is a large and growing percentage of Senators on both sides of the aisle interested in making it harder to invest in China.

Should the Board stick with MSCI EAFE instead of ACWI it would likely open the door to further discussion regarding due diligence at public pension funds.

Many college endowments and large teacher pension funds like CalPERS have millions invested in China on one hand, while promoting do-gooder investor trends on the other like investing in companies deemed positive for the environment, social-justice and having good corporate governance.

Chinese companies cannot possibly be required to abide by the same standards. The same can be said about a company in Brazil. But fund managers holding companies deemed a security risk or a human rights violator may be taking second looks if the MSCI All Country World is rejected next year.

There is also the risk that enterprising lawyers open class action lawsuits against companies based on the potential for fiduciary malfeasance associated with China holdings.

The Washington Post is slated to publish an op-ed on this topic soon, as is the Financial Times. That the FT is looking at this suggests big investors are worried their China play faces its biggest risk yet as the trade war continues.

Why Working From Home Could Come To An End
Stocks making the biggest moves midday: Zscaler, Marvell Technology, DoorDash and more
The Pantone 2023 Color Of The Year Makes A U-Turn
Tax Court Holds That 90-Day Deficiency Petition Deadline Is Jurisdictional Requirement
Long Covid may be ‘the next public health disaster’ — with a $3.7 trillion economic impact rivaling the Great Recession