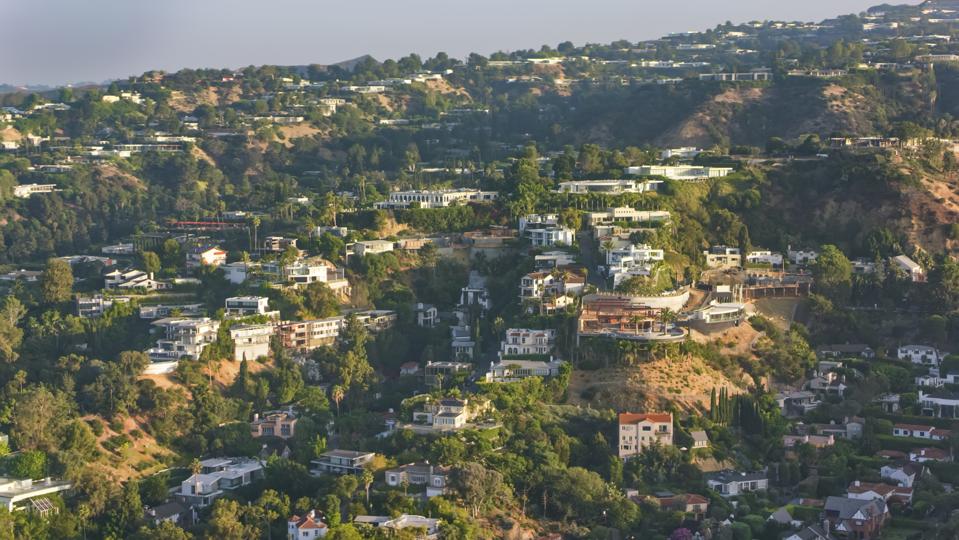 Some of the hottest reality shows today focus on luxury real estate in Los Angeles. Showcased are both multi-million dollar properties and the successful agents who sell them.

In Los Angeles where there are likely more luxury real estate agents per capita than most major cities, it’s about the glamour of the business. I recently connected with cast members from Selling Sunset, Million Dollar Listing Los Angeles and a cast member from the soon to be released CNBC show, Listing Impossible.  As a fan myself I’ve wondered how much these shows raise brand awareness and attract more clients and those multi-million dollar sales.

Selling Sunset one of the newest real estate reality hits from Netflix started streaming this past March. The eight episodes quickly became a must-watch binge with wide audience appeal and demographics. “I loved this show from the first time I watched it. Living in Los Angeles I know the areas and it was so fun to see the beautiful houses and what goes on with the all the agents,” said Sim Beauchamp, a senior at UCLA.

It showcases, The Oppenheim Group and Brett Oppenheim, owner/president/broker and his twin Brett, senior VP/ broker associate. The brothers come from a family of Los Angeles real estate royalty.  Selling Sunset’s cast members include six of the company’s female agents who negotiate the Hollywood Hills and their multi-million deals in Louboutin stilettos.

Selling Sunset’s ultra-luxury listings are almost exclusively in the Hollywood Hills, above Sunset Boulevard where their office is in the chic Sunset Plaza area. I asked Jason Oppenheim about the show’s reach and impact. “For one season it has had a considerable impact on our business. We’ve definitely seen more buyers and sellers reach out to us who have said they saw the show and like how we do business.”  Since it streams on Netflix, Selling Sunset has gained an international audience. Mary Fitzgerald, realtor associate at The Oppenheim Group who has been with the brokerage since its start is currently working with some serious international buyers. “They saw the show and contacted us. Now I’m working on a $9 million deal for them,” she explained.

The popular Bravo hit, Million Dollar Listing Los Angeles has long-time cast members and business partners James Harris and David Parnes who recently sold the most expensive home in Los Angeles for $120 million. These two Brits are both Directors with The Agency in Beverly Hills. They are smart, charming and truly sincere, often a rarity in the cut-throat biz of ultra-luxury Los Angeles real estate. Both have been on Million Dollar Listing Los Angeles since 2013. Parnes spoke candidly about the experience . “It’s most definitely raised our profile in the Los Angeles real estate community and beyond. This has most certainly helped grow our business,” Parnes said. As for the drama among cast members that goes with the show, Parnes always the gentleman looks at it this way. “There are delicate situations that come up and you just have to stay calm and act as you always do in business.”

A relative newcomer to the Los Angeles reality real estate television scene is Yawar Charlie, an agent with Aaron Kirman Partners. Starting later this fall, CNBC will follow the Kirman team for eight episodes including Charlie as one of seven principal cast members filming “Listing Impossible.” Just as the name suggests the firm’s agents will relaunch problematic listings that have been languishing on the market. “It shows the brass tacks of selling real estate and focuses on the properties not the drama of our and agents and their lives,” notes Charlie.

Yawar has a golden pedigree in the Bollywood film industry as a grandson of Noor Mohammed Charlie, a Bollywood star. The younger Charlie has also acted on General Hospital with guest shots on JAG and NCIS among others.

With a background in acting, it’s been a fun process for Charlie though he admits, “it can be stressful as the cameras and crew follow you around. His personal motivation. “I want to shine a light on my business and my brand and what makes me unique and sets me apart from the thousands of agents who do what I do. It’s a huge opportunity for me.”

Reality Television and selling real estate are the perfect marriage in Los Angeles.

There’s a growing interest in direct indexing as the investing trend becomes ‘democratized’
FTX closes in on a deal to buy embattled crypto lender BlockFi for $25 million in a fire sale, source says
Op-ed: Hiring freezes have started and job losses are coming. Take these 5 steps now to get your finances ready
Sky-High Listing Prices Are Finally Starting To Come Back Down To Earth
Stock futures slip after the S&P 500’s worst first half since 1970