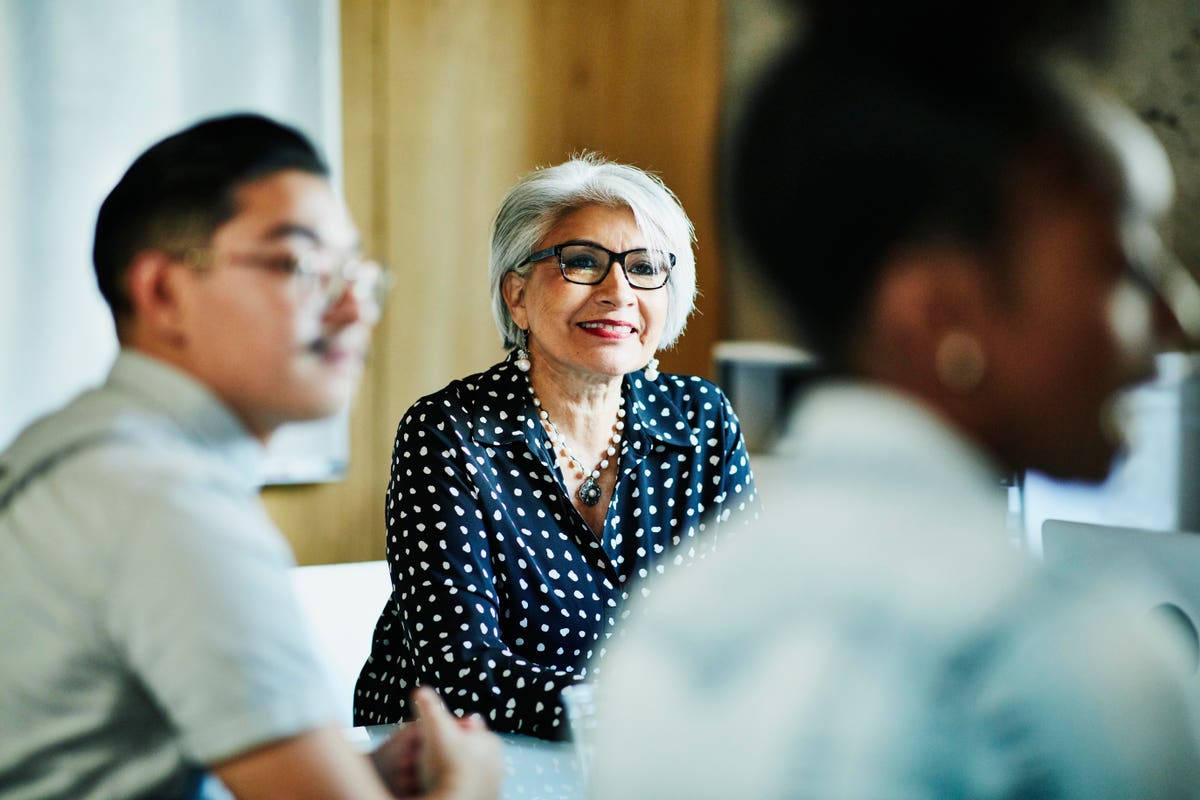 By Richard Eisenberg, Next Avenue Editor

A headline on Stanford University Business School’s Insights site caught my eye recently: “Workplace Equality for All! (Unless They’re Old).” The piece described fascinating research by NYU’s Michael North and Stanford’s Ashley Martin which found that workers who openly oppose racism and sexism were still prejudiced against older workers.

As these researchers explained in their American Psychological Association article about their study, ageism is alive and unwell in the workplace. What’s more, North and Martin discovered after interviewing 348 people, the younger people were, the more likely they were to hold ageist views on older workers. Little surprise that an AARP survey said 78% of older workers saw or experienced age discrimination in the workplace in 2020; in 2018, 61% did.

To learn more about the ageist notions reflected in the idea of equality for (almost) all, I recently interviewed North. Highlights from our conversation:

Next Avenue: What made you interested in doing the research that led to the ‘Equality for (Almost) All’ study?

Michael North: I actually get asked this a lot, because I’m in my thirties. From a personal standpoint, I had this experience when I was twenty-two, where I was a research assistant for a psychology professor who was coordinating a study on age and wisdom. And he said ‘You’re going to have to interview people for two hours at a time. Half the time, that person’s gonna be in their thirties and half the time that person is going to be in their sixties, seventies or eighties or even older. And as I was leaving, I remember thinking this was not something I was particularly looking forward to — I was fine with the people in their thirties, but I thought the older persons would be boring.

As it turns out, it was a life-altering moment for me, because I enjoyed interacting with all of these groups. I actually ended up enjoying interacting with the sixty and above group more. I just thought that people in their sixties, seventies, eighties and beyond were more interesting.

They were also more interested in me. They were more inquisitive about what the study was about.

A couple of years later, when I was applying to graduate school in social psychology, my wonderful graduate mentor and I got to talking about aging and ageism and age-based prejudice. She said ‘Not a lot of people focus on this. It’s a very much under the radar.’ And so, we basically agreed to study this. That really was the starting point.

Going in, what was your focus for this study you and Ashley Martin did, and why?

Our focus was about this idea of older adults sort of being subtly nudged out the door: It might feel like people aren’t taking you seriously as much as they used to. You’re left out of meetings. You might get talked over. Your opinion might get missed.

There’s this sort of subtle tension where older adults are expected to step aside and get out of the way and stop creating this perceived logjam in the distribution of resources or jobs or positions of influence, so the younger generation can get their turn.

And is this true regarding the way people view both older men and older women?

We did an earlier study and found that older women are spared from some of these expectations compared with older men.

Tell me about the correlations you found regarding racism, sexism and ageism.

Ashley noticed a pattern in our data in earlier studies. The more people tended to endorse this idea that there should be equality for everyone and striving to reduce prejudice toward traditionally discriminated groups, there was this surprising correlation. Those who were more egalitarian — who were striving to reduce prejudice toward traditionally discriminated groups — were less likely to endure racist views and less likely to endorse sexist views but weirdly, they were actually more likely to support ageist views, endorsing this idea of succession; that older adults should step aside and make way for younger generations.

And you found this ageism was more true of younger people?

Is it the case that the younger you are, the more you endorse this idea of succession? The short answer is yes.

How young are we talking?

That’s not easy to answer. It’s just by and large, the younger you are, the more you endorse these views.

The most direct way I can say it is ageism is socially condoned to a point where it’s not uncommon for folks to overlook it as a prejudice.

I think people see a certain ‘truth’ to ageism that ‘making me feel young is normal.’ If you go to any local pharmacy, it’s quite socially condoned to see birthday cards that say, ‘Ha ha, you’re old now.’

I’m often taken aback how stand-up comedians and late-night talk show hosts make jokes about older people. And there’s really been no real backlash toward making those kinds of jokes. There hasn’t really been a huge, organized civil rights movement to combat this.

There’s a federal age discrimination law, but it’s not being enforced very much. And the courts have basically gutted it. So workers may feel it’s okay to be ageist.

Think of how many hiring decisions, firing decisions, promotions, raises and opportunities are allocated based on so-called ‘fit.’ Man, the word ‘fit’ is so loaded when it comes to age, right? It’s a code word.

Tech companies don’t explicitly say old people need not apply, but in almost every way, that’s kind of what they’re saying in their job descriptions. Not to mention in their ball pits and Foosball tables that some of their workplaces have.

I’m sixty-four and trying to put myself in the shoes of people in their twenties and thirties. I could see why some would think older people are blocking them. There are a lot of older workers, and when you’re young, you often want to move up the ladder. I don’t know that I would call this ageist. I would call that maybe just sort of a realistic view of the world of work and demographics.

Well said. Thank you for phrasing it that way, too, because I think it’s really, really important if we’re actually going to solve this issue.

What do you think?

It seems like everything is becoming more competitive. There’s sort of a tension between the old guard and the new guard. So, I can see being younger and being like, ‘Well, if these older folks would just get out of the way, that would free up resources and opportunities.’ And you know, it’s tough to say that’s a hundred percent wrong.

I would say though, it’s not as simple as that.

If you were to just think about how an organization typically runs, the kinds of roles, by and large, that someone in their fifties or sixties tends to do are probably pretty different than someone in their twenties. An entry-level job is vastly different from a more managerial job.

One of the big, misguided arguments against hiring older workers is there’s this belief that older workers don’t perform as well as younger workers. And I’m sure that might happen in some cases, or in some industries or in some roles. But statistically, job performance does not decline with age.

What do you think is an ageist view in the workforce?

It seems really unfair to dismiss an older person in the room’s viewpoint because ‘they don’t know how things work anymore.’ What most of the other people in the room don’t realize is that this person probably saw the same kind of thing unfold back in like 1979.

And they actually remember what worked and what didn’t. And they probably have something pretty incisive to say about it. Will it be the perfect answer? Not necessarily.

I think it’s a healthier view to say, ‘My elders have been there before; I have a lot to learn from them.’ And vice versa. The older guard should not just dismiss the younger guard and say they’re gunning for your job.

Are there things employers could be doing that could help educate people that some perceptions of older workers are wrong?

It seems to me, if you’re a business and you have senior employees and they want to stick around and want to contribute, there are ways that you can do that.

I actually have a piece on this in the Harvard Business Review, co-authored with my friend Hal Hershfield, who teaches at UCLA. It’s called ‘Four Ways to Adapt to an Aging Workforce.’

They include things like offering flexible work arrangements and making certain ergonomic changes.

It’s saying: We recognize that there is value in older workers.

Are there things older workers could, or should, be doing that could help change perceptions about blocking and succession?

Do whatever you can to contribute. I know that sounds really silly and obvious, but if you’re making the effort to help out your colleagues, to mentor, that’s a hugely gratifying way of contributing.

Will we see less ageism in the workplace, and why should we?

I’m an optimist. If you are living, you’re aging. And whether it’s in your workplace, in your community or in your family, showing cross-generational empathy goes a long way.