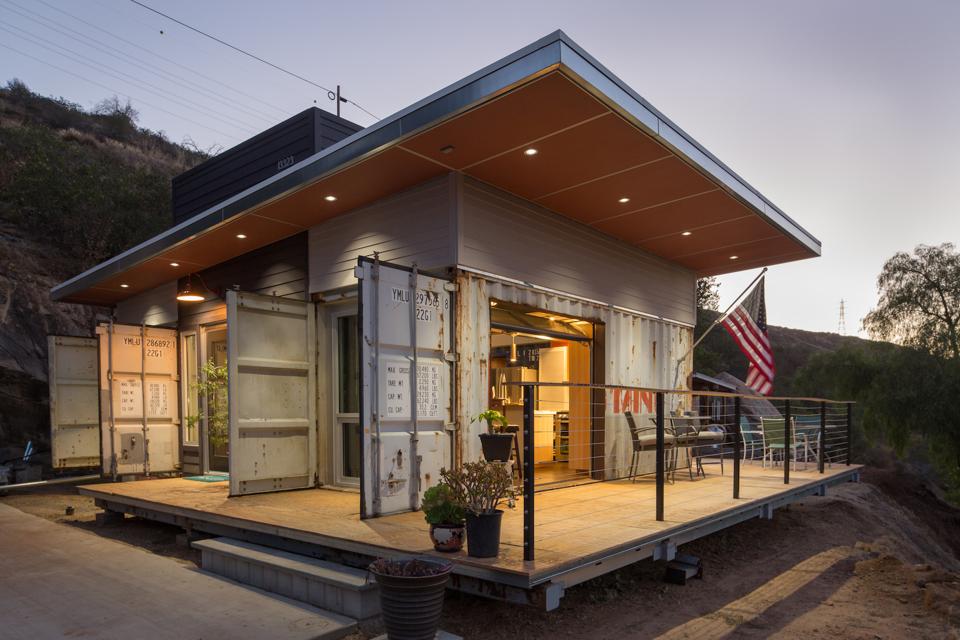 Garage doors have come a long way in design and use since they first were invented to shelter the early cars coming on the scene in the early 1900s. Early on cars were parked in barns and fee-based garages. But with the inconvenience of getting to the garage came the first personal garages. These were originally sold by Sears Roebuck mail-order catalogue and generally looked like carriage house, swing out doors.  In 192 C. G. Johnson invented the first garage door with an overhead operation and then in 1926, the first electrically operated overhead garage door.  It wasn’t until the mid 20th century that houses began to be designed with an attached garage and after World War II, with multi-car garages.

In those early years of the development of the garage door they were generally all used for the storage of automobiles (and household tools) and improvements came in the form of materials – from wood to metal and glass, and then sensors were created to avoid having the door come down on objects including cars, children and pets.  Garage doors have also become more available in a variety of designs and colors, as well as custom ones. According to the United States Department of Energy 63 percent of all housing today has a garage or carport.

In recent years people have found other creative ways to use garage doors besides for the storage of their cars.

In Santa Monica, Minarc designed a garage door as an art piece. They bought a basic garage door and mechanism and used scrap wood and leftover quartz from the countertops to create a focal point for this beautiful house. These scraps would have otherwise ended up in a landfill.

In Israel, the architect designed this garage door as a safety feature for this vacation home. It closes the house up tight when they are away and can be opened when they are there, opening the house to lots of natural light and ventilation.

When Place Architects designed a single-family house for a family in Kirkland. WA, they wanted to make the space flexible and incorporate the outdoors as much as possible. They designed the house with a garage door that opens up in the dining area to an outdoor porch. In the warmer weather, the dining table on wheels is brought outside, easily expanding the living area.

Similarly, when Christopher Bittner of obr Architecture designed a container cottage with the homeowners, they wanted to expand the small 720 square foot space as much as possible. They opted to include a garage door that would also  open from the dining area to the outside deck, vastly expanding the space and making it more airy.

As people decide to build smaller, more compact houses, garage doors will become a helpful element in opening up the space. While they expand the space they also provide natural air and ventilation, reducing the requirement of using fossil fuel.

64% of Americans are living paycheck to paycheck — here’s how to keep your budget in check
America Needs To Improve How It Treats Its Older Workers
Almost half of Americans think we’re already in a recession. Here’s how to prepare if they’re right
Roughly 70% of taxpayers are eligible for IRS Free File, but only 2% used it in 2022
The Fair Tax Act, explained: What to know about the Republican plan for a national sales tax, decentralized IRS