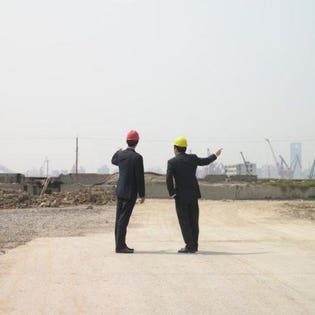 Gentrification, according to the Centers for Disease Control and Prevention, is “the transformation of neighborhoods from low value to high value.” So, does that mean a low-value neighborhood is being invaded by high-value development? Well, hold on a minute — don’t we need change and investment in the low-value areas? Isn’t that what opportunity zones are all about?

For many of us, gentrification looks something like this: A fancy coffee shop shows up in the neighborhood, and soon you spot a woman jogging by with a poodle in tow. Have you seen her before? Where did she come from? She must be lost. Before you know it, there is a new Whole Foods on the opposite corner. Meanwhile, the native population is thinking gentrification means displacement, demographic change and homelessness. This is not new to Western society. The gentry classes have been doing this for centuries, and the term was coined in England in 1964 by author Ruth Glass.

I happen to be in the middle of both sets of value interest. On the one hand, I sell real estate to the highest possible bidder. That’s part of the fiduciary capacity brokers should and must live with. That being said, on the other hand, say you pull up to show a property to a newcomer who is interested in developing, and you tout the merits of density concerning the property. You tout the local transit pushes that could further benefit the property. While all this is going on, natives are watching. You can feel it: The neighbors looking at you as if you should account for what’s going on. People see new faces, cars and signs, and they want to know what gives.

I think a lot of brokers would avoid the whole thing. Most of the time after a showing like this, I hang back to survey. Every time, a neighbor or other interested party comes up to me and asks, “What you are guys going to build?” Then I’ll receive a list of what they would like to see improved around the area, a sort of request that I should be able to run up the chain. The list is saying, “Hey, glad you guys finally showed up to do something.” I listen, and some of the items are wants, while others have been needed for a while now. What natives are thinking is, where do we fit in? Who are we in this gentrified future?

You see, gentrification in and of itself is a not bad thing. It’s an acknowledgment that those who went before knew a thing or two about location. The convenience of reimagined public transportation and urban cores is like living history. For this thing to work, the native and the newcomer must come to some mutual comfort level.

My proposal would be partnerships with existing fee owners to develop their land. In this arrangement, the native could experience the same upside as the newcomer — win, win. For instance, say a homeowner paid off or significantly paid down their property. The homeowner could then put their property in as their contribution to a development project and participate where their expertise normally wouldn’t allow. This gives greater access to the native, which helps the builder and newcomers because feelings of resentment to change may be lessened.

This would serve as an opportunity for peaceful change and local participation. If a native owner would like to sell, there could be a transitional property to purchase (i.e., smaller units built for this purpose) that stay within the local area. In order to make this work, there would need to be a clearinghouse of sorts for property owners within a gentrifying area to show interest in joining a development group.

For gentrification to work, there need to be properties to purchase. Outside high-end brokers showing up now could be considered insulting. Often, newcomers could care less about this. Their attitude is, “Do they want to sell it?” But they should be thinking, “I’m going to sink a lot of money here. How are the natives feeling about it?” You can’t sell what you don’t know or care about. To make the needed inputs to successfully improve and retain the character of an area, the native citizen’s feelings must be considered. Newcomers must walk around and talk to the neighbors — they will tell you everything and they may want to develop their land. Together, the two could create a nice assemblage.

If this can be put together with proper government oversight and constituent education, both newcomers and natives could have a winning setup that could be replicated widely.

Silence is golden, but not when all parties involved have competing interests. These interests need to be aligned for the best outcome: growth and harmony. There is also a lot you will find out about a neighborhood from the neighbors there now. A unified front approaching matters affecting the area will lead to better outcomes. It won’t look like the newcomers made changes just for other newcomers. And that’s essential, because perhaps the current natives know a bit more about the lay of the land.