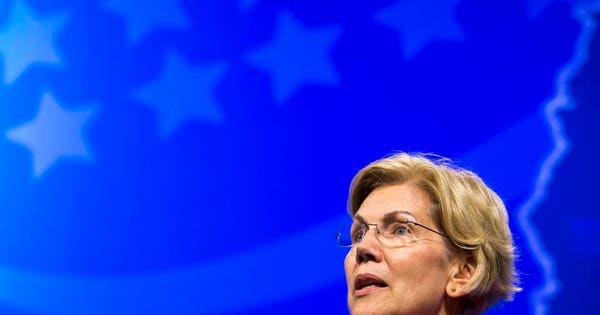 Senator Elizabeth Warren released a Social  Security expansion plan on the morning of September 12, the day of the next Democratic presidential primary debate. David Leonhardt of the New York Times was among the first to report about it. Warren’s plan to increase Social Security benefits will make the elderly better off, along with their families, and it will strengthen the solvency of the system. Very wealthy and high income people will pay more taxes, but research suggests they will maintain their status in society.  And fixing Social Security may help relieve the worries among some of the wealthy that inequality threatens capitalism, and their own high-status position.

Warren’s plan would provide an across-the-board increase in monthly Social Security payments. Every current and future beneficiary will receive at least $200 more per month than they do now, and many low-income workers will receive at least $600 more. Mark Zandi from Moody’s Analytics has done a comprehensive analysis of the bill, finding that today’s average $1395 a month check could go up to $1595.

To appreciate how Warren’s proposal will help elderly households, consider that the current median value of private retirement accounts for all workers is zero – most people have nothing.  For those who have some retirement assets, their median balance is approximately  $60,000.  And if you think people can sell their houses and live off the income, think again.  The median home equity value for people over age 65 is only about $120,000.  Zandi’s report also finds that Warren’s plan would cut the elderly poverty rate by about two-thirds. That is big, especially because the U.S. currently has the highest rate of elderly poverty among all rich nations.  And for the elderly who already have decent retirement incomes, the increased benefits will be taxed.

HOW TO PAY FOR THE SOCIAL SECURITY BOOST?

Warren’s plan is fully paid for by applying the payroll tax to higher incomes.  Currently, most workers pay 6.2% because they earn less than $132,900 per year, which is the earnings cap; income beyond that amount is not taxed for Social Security. The Warren plan imposes the payroll tax on earnings above $250,000 – the income between $132,900 the current cap and $250,000 would not pay more. Those earning $250,000 and higher –  less than 1% percent of all workers — are the only group that have received significant pay raises over the years.

We don’t know all the names of the 1.7 million of 166 million workers who earn over $250,000 but some of them are famous–Jeff Bezos, Warren Buffett, and others.  And those who earn over $250,000 (again, less than 1% of all workers) hold the bulk of private tax-advantaged retirement assets and pensions, making them the main beneficiaries of the private retirement system.  The Economic Policy Institute found that the top 1 percent of wages grew 138 percent since 1979, while wages for the bottom 90 percent grew only 15 percent.  Social Security is in potential financial trouble because the earnings subject to the payroll tax is capped, and low incomes have stagnated while incomes above the cap increased.  The Warren plan would help right this imbalance and mitigate this hidden and destructive consequences of income inequality.

Fortunately, Democratic candidates are waking up to make efforts to increase Social Security revenues to maintain benefits and increase them where necessary. Several bills in Congress are similar – but not as bold as the Warren plan.

Economically, Social Security is one of the easiest public policies to understand and implement. The Warren tax increase is relatively large, but concentrated on those who with the most income gains and who already get most of the benefits from other tax breaks supporting private retirement plans.  Those who pay will have not a significant loss of their economic well-being, which has grown disproportionately in the past decades.  And millions will be better off.  The math is easy. The politics are difficult. The necessity is unassailable.