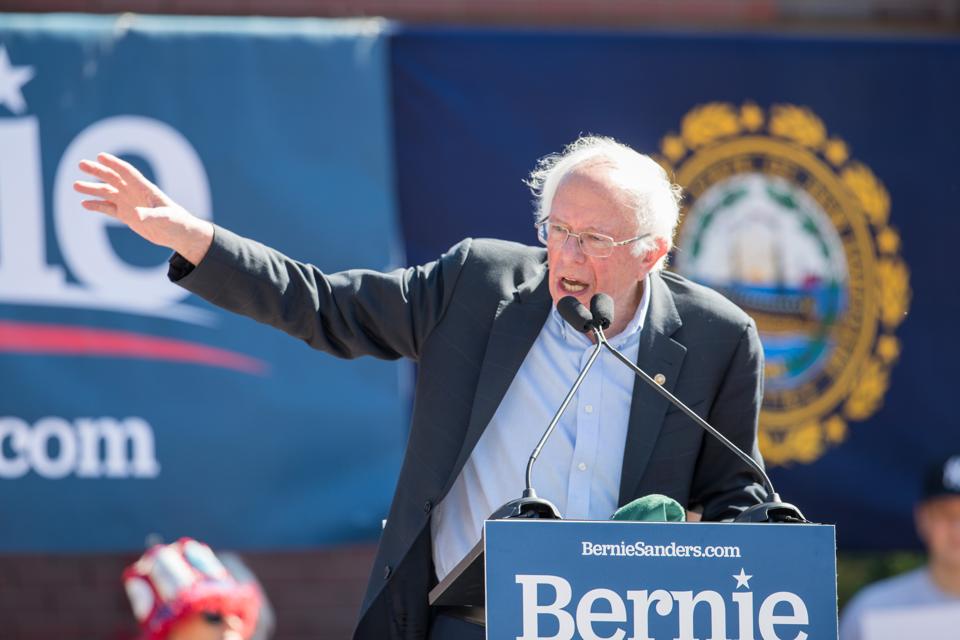 This week, Democratic presidential hopeful Bernie Sanders proposed raising the tax rates for large corporations where there are “exorbitant” pay gaps between top executives and rank-and-file workers. It is just the latest of many recent attempts to use the tax code to limit executive compensation. And, if past experience is any guide, it won’t work as Sanders hopes.

His “Income Inequality Tax Plan,” would raise corporate tax rates by 0.5 percentage points for firms where the highest-paid executive made 50-times median worker pay, gradually increasing to 5 percentage points where the gap is 500 times. The tax increase would apply to all businesses, including privately-held firms, with at least $100 million in annual revenue.

A long and frustrating history

Congress has a long—and frustrating—history of attempting to limit what it sees as excessive executive compensation.

In 1993, Congress adopted a Clinton Administration plan to prohibit publicly-traded firms from deducting from their corporate income tax annual executive pay in excess of $1 million. However, compensation such as stock options and bonuses tied to firm or executive performance remained fully deductible.

The 2017 Tax Cuts and Jobs Act (TCJA) ended the exemption for performance-based pay and expanded the number of top executives subject to the cap. Of course, by lowering the corporate tax rate from 35 percent to 21 percent, the TCJA also weakened the tax penalty.

The 2010 Affordable Care Act (ACA) took a slightly different route: It prevented health insurers from deducting executive pay in excess of $500,000, starting in 2013.

Denying the deduction could have increased the after-tax cost of an additional dollar of affected compensation by about half—from 65 cents to a dollar. Yet executive compensation has exploded over the past three decades. According to one survey, median CEO pay of large US companies grew from $2.2 million in 1990 (shortly before Congress enacted the 1993 tax limits) to $12.1 million in 2016, an increase of 438 percent. That far exceeded overall inflation of about 184 percent over the period.

A closer look finds pretty much the same result. A 2000 study by Nancy Rose and Catherine Wolfram for the National Bureau of Economic Research found that the 1993 law had little effect on executive compensation, beyond a predictable shift to performance-based pay and some salary compression around the $1 million level.

Concluded the authors: “There is little evidence that the deductibility cap has had significant effects on overall executive compensation levels or growth rates at firms likely to be affected.”

The exemptions for performance based pay did result in a sea-change in many firms’ compensation structure. One recent study for the Stanford Law Review looked at Starbucks. In 2017, the firm paid only one of its top executives more than $1 million in salary, and paid its top five execs a total of about $4.4 million. However, those five senior managers were paid an additional $41 million in fully-deductible equity, stock options, and other incentive awards.

You might conclude, then, that the problem with the ’93 law was its wide-as-a-highway exception for performance-based pay. But the 2010 limit on health insurance companies dropped that protection.  It didn’t matter. The insurers paid their executives big bucks anyway and absorbed extra taxes associated with the lost deduction.

The Economic Policy Institute, a labor-funded group that is no friend of high levels of executive compensation, took a close look at the effects of the ACA limits on deductibility of insurance company executive comp and found…nothing. It concluded, “There is no evidence that limiting the deductibility of CEO pay for health insurers lowered this pay relative to other industries, after controlling for other determinants of pay.”

The Sanders plan tries a different model, of course. It raises tax rates rather than limiting deductions. And instead of raising taxes based on a fixed level of executive comp, it links its tax penalty to the pay of top management relative to rank-and-file workers. But it isn’t hard to find problems with that design: It could punish retailers or other business with large numbers of low-skilled, low pay workers while exempting CEOs of tech firms. Or it could encourage firms to contract out low-wage work. Discouraging firms from employing low-skilled workers seems contrary to much of what Sanders supports.

If lawmakers think businesses are paying corporate execs too much, they probably should focus on corporate governance, not tax issues. If they do want to use the tax code to punish highly-paid managers, they’d be better off just raising the individual income tax on all very high-income taxpayers. Sanders, of course, has proposed that too, with a wealth tax and a high individual income tax rate. But if he thinks a tax penalty will reduce the pay gap, he may be disappointed with the outcome.