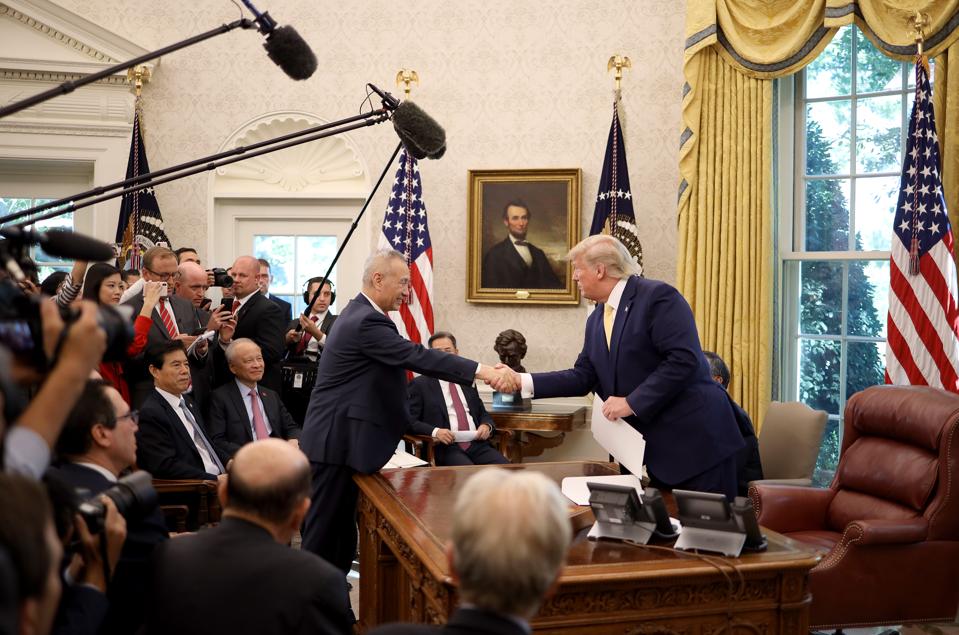 Topline: Following news that the U.S. and China reached a partial trade agreement on Friday, the stock market sharply rebounded, putting major indexes back within reaching distance of record highs.

Here’s what we know about the partial trade deal, which helped the market snap a three-week losing streak:

What to watch for: While the limited agreement is a big breakthrough and resolves some short-term issues, several remain outstanding: such as intellectual-property theft, forced technology transfer, and complaints about Chinese industrial subsidies, according to Bloomberg. Issues relating to the U.S. blacklisting of tech giant Huawei will not be part of Friday’s deal, the administration confirmed.