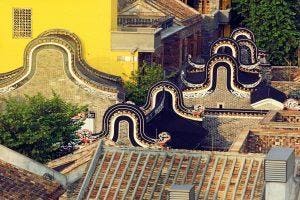 Two real estate development projects in China were among 11 from around the world feted as winners of the 2019 Urban Land Institute Global Awards for Excellence in Washington, D.C. on Wednesday.

The annual awards by the are among the real estate industry’s most prestigious and demonstrate “a comprehensive level of quality and a forward-looking approach to development and design,” ULI said in a statement.

The 11 projects in alphabetical order and as introduced by ULI are:

The Awards for Excellence program was established in 1979 and subsequently expanded to a global program, ULI said. Projects must be financially viable, substantially complete, and in stabilized operation to be eligible for the awards. The criteria for the awards include leadership, market acceptance, relevance and positive contribution to the community, environmental stewardship and resiliency, replicability, and financial success.