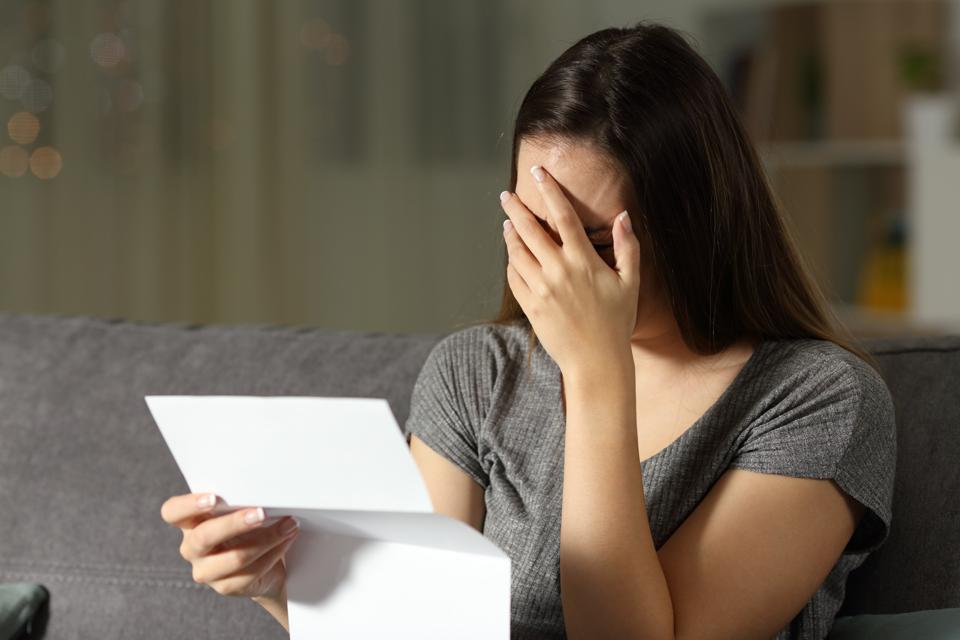 Nobody likes getting a tax bill in the mail. It’s especially concerning when your tax bill is a bit higher than you anticipated. But what happens when it’s hundreds of millions of dollars more than you were expecting? Just ask Donna Smith from Aurora, Colorado. Smith, a part-time worker at a local thrift store, got quite the surprise when she opened a tax bill from the Colorado Department of Revenue to find that the state claimed she owed $216,399,508 in taxes.

Smith, who makes about $10 an hour, couldn’t under the tax bill. To put the amount in perspective, it’s nearly a quarter of the City of Aurora’s entire budget for the year (report downloads as a PDF).

Smith’s returns are self-prepared, of sorts. Her mother, Diana Valencia, prepared Smith’s tax return for 2018 and couldn’t understand what happened. She told 9News that she went back to check the return, saying, “I mean, I thought, ‘Wow, was that an error on my part?’”

It was an error – but not on Valencia’s part. Valencia used TurboTax to prepare the return. According to the Colorado Department of Revenue (DOR), the TurboTax software made an error tied to Smith’s federal taxable income.

A spokesperson from TurboTax confirmed the error, saying, “For a small number of TurboTax online customers that filed their taxes between June 13-16, there was an issue that caused select fields on their tax return to be incorrectly transmitted during e-file. The issue was quickly fixed and we have been working directly with affected Colorado taxpayers and the Colorado State DOR to help resolve.” If you were affected by the billing error and aren’t currently working to resolve the matter, you should contact the Department of Revenue at (303) 866-4622 to reach a citizen’s advocate.

The Colorado DOR pegged the number of affected taxpayers at 44. That doesn’t mean, however, that a few dozen taxpayers received multi-million dollar tax bills. According to Daniel Carr, Taxation Communications Manager at the Colorado DOR that number represents taxpayers who encountered the same glitch using TurboTax software during a three-day window in June of this year. “What the taxpayer entered into TurboTax was correct,” Carr said, explaining that “an error in the TurboTax transfer reported incorrect amounts to the State of Colorado.”

The bills went out, explains the DOR, because “[o]n our end it was simply data in data out and we could only process what we were given by TurboTax. We cannot determine the accurate amounts based on the information provided.”

Once the errors were discovered, however, the DOR worked with affected taxpayers. “We have reached out to all of the taxpayers affected and are helping them resolve this issue,” says Carr.

That doesn’t mean that the taxpayers don’t have work to do. According to Carr, “Taxpayers, in this case, who kept a copy of what they submitted are able to send us that copy and we will correct the error. Otherwise, they would have to amend their return.”

(For more information on how to file an amended federal income tax return, click here.)

Mistakes happen all of the time – just maybe not quite this big. No matter the size of the return, taxpayers can protect themselves, Carr advises, by always keeping a copy of filed returns. And if the bill seems out of place? “Contact the Department of Revenue immediately to have it resolved.”

Don’t ignore the problem. That’s good advice for all taxpayers, no matter whether the bill is federal, state or local. In most cases – even when the bill is hundreds of millions of dollars – errors are totally fixable. But don’t wait and hope that it goes away: it’s important to reach out to the respective tax authorities to clear up any problems as soon as possible.

(For more on how to fix a mistake on your return, click here.)

How A 529 Plan To Child IRA Conversion Can Turn Your Teen Into A Middle-Class Millionaire
64% of Americans are living paycheck to paycheck — here’s how to keep your budget in check
Travel companies are ‘greenwashing’ — here are 3 ways to find ones that aren’t
More On The Fair Tax Act Of 2023
Ferrari’s profits jump 13% in 2022, supercar maker expects an even better year in 2023