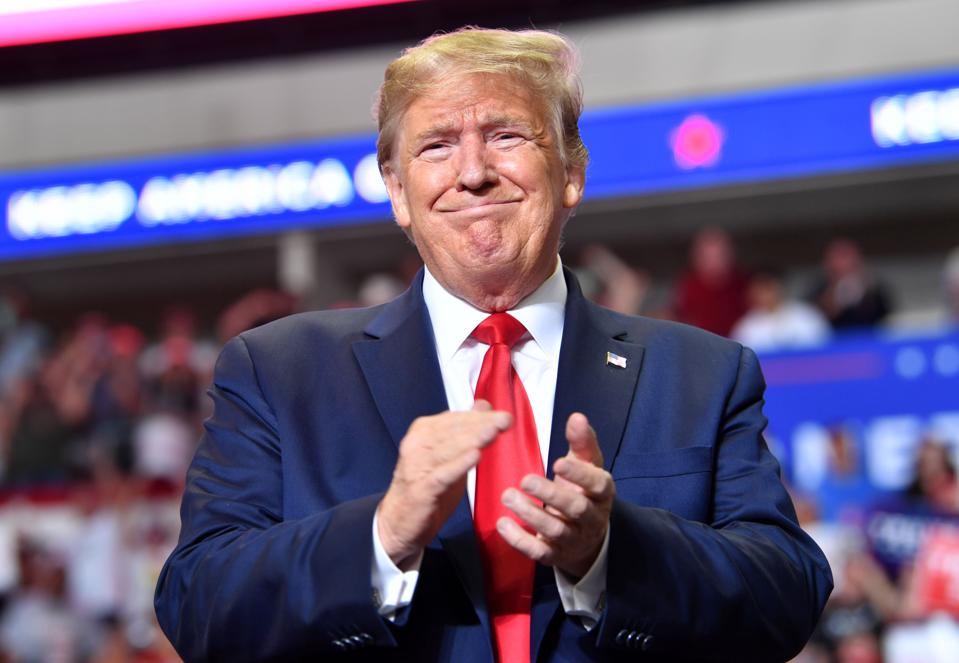 For the first time in American history, the 400 wealthiest people paid a lower tax rate than any other group, according to a new study by economists Emmanuel Saez and Gabriel Zucman at the University of California, Berkeley.

The startling data was brought to light on Monday in a New York Times column, and is based on an analysis by Saez and Zucman in their new book, The Triumph Of Injustice.

Some critics of the new research say that the data is skewed, or even potentially wrong. However, the fact that the ultra-rich potentially pay a lower tax rate than the working class is a massive problem. The Trump administration’s tax cuts for the wealthy highlight the fact that policy is moving in the wrong direction. Especially when there’s worry of a potential recession.

Bill Gates agrees and has previously said, “There’s no doubt that what we want government to do in terms of better education and better health care means that we need to collect more in taxes. And there’s no doubt that as we raise taxes, we can have most of that additional money come from those who are better off… I need to pay higher taxes.”

Before your palms start sweating – don’t worry – I don’t think we should raise your taxes. We are talking about the top .01%. Those who own yachts and airplanes.

It’s never been more clear that our country’s tax code is built to serve only those who have the most money. While hedge fund managers, private equity executives and venture capitalists benefit from the carried interest tax loophole, everyday Americans barely get a deduction for their student loan interest payments. Why not offer a credit for first time homebuyers? This would be more progressive, helping those who are hurting.

Our schools lag those of other countries (the U.S. ranks 30th in math and 19th in science), our citizens are less healthy (the U.S. ranks 26th in life expectancy and 29th in infant mortality), and Americans are unhappy (the U.S. ranks 19th in happiness). Improving our schools, health care, and well-being all require a large collective investment in the form of taxes.

One worrying trend however, is the fact that views of taxation are increasingly falling along political party lines. The breakdown between Republicans and Democrats is fairly even among income brackets until you get to incomes below $30,000, at which point more identify as Democrats. This leads me to believe that an outsized portion of low-income Republicans still believe that the present federal tax system is very or moderately fair.

This comes into conflict with the reams of data available to show that the system is, after all, not fair. Income inequality is widening to record levels and there’s no reason to believe the trend will slow down.

The Tax Cuts and Jobs Act of 2017 was the largest tax overhaul in over three decades. It was rushed through congress and it’s working exactly as it was intended to do so: to line the pockets of the wealthy at the expense of the working class. Optically, it was championed as a way to boost the economy, but the fact is that unemployment was already low and the cuts came amidst a long bull market.

The tax cuts are deficit-financed which, according to William Gale, the Arjay and Frances Fearing Miller Chair in Federal Economic Policy at Brookings, means that “resources will be taken away from future generations as well as today’s working class.” In the past, we’ve seen that the government can create innovations like the 401(k), so clearly, it’s possible to pass tax reform that will actually help the average person.

A more fair tax system isn’t intended to curb income inequality, but rather make sure that billionaires pay their fair share for public works and shared resources. The very same resources they rely on to build their companies. Shrinking inequality would simply be a nice side-effect.

If nothing else, it’s clear that there’s a taxation problem in America and the current solution is only making it worse.

I don’t know about you, but fair isn’t the word that I would use to describe a system in which those with the most contribute the least, by virtue of lower tax rates.

But the data shows a lot of you disagree, and it might be due to the fact that you didn’t realize the current system really only benefits those at the very top. Now we know.

Nike earnings top Wall Street’s expectations, despite inflation in the U.S. and Covid lockdowns in China
Starz could turn into an ‘acquisition machine’ after Lionsgate spins it off
Hackers can bring ships and planes to a grinding halt. And it could become much more common
Polestar becomes latest electric vehicle maker to go public via SPAC merger
Disney, Apple and Amazon keep waiting as NFL considers Sunday Ticket offers