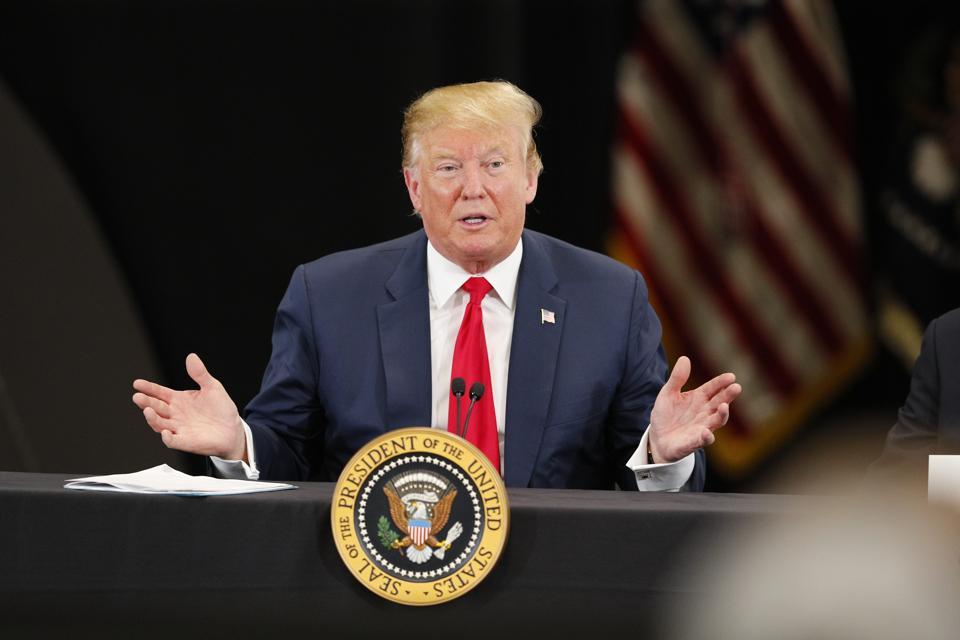 Topline: Facing backlash, President Trump recently decided against ordering a capital gains tax cut as he looks to cement his position—and that of the economy—before his bid for re-election.

Key Background: The president and his administration have consistently looked to tax cuts as a means for boosting the country’s economic growth. Despite Trump’s claims to the contrary, his signature piece of legislation so far, the 2017 Republican tax cuts, has only accounted for a fraction of U.S. GDP so far, the Congressional Research Service said in March. With such a great deal of ongoing uncertainty in the markets—ranging from the trade dispute with China to the Federal Reserve’s monetary policy—presiding over a strong economy will be a top priority for Trump, especially as he sets out on the 2020 campaign trail.

Further Reading: Under the current law, investors pay taxes on their nominal capital gains—which doesn’t account for some of that gain being due to inflation. Allowing taxpayers to adjust cost basis for inflation would encourage more sales of long-term assets, but would also reduce taxes by approximately $100 billion over the next decade, according to the Penn Wharton Budget Model.

Florida Estate With A Putting Green Hits The Market For $16.35 Million
Nike earnings top Wall Street’s expectations, despite inflation in the U.S. and Covid lockdowns in China
Fight for Spirit Airlines goes down to the wire with competing bids from Frontier and JetBlue
Walgreens profits squeezed as Covid vaccines wane, company invests in health-care business
Private Agencies No Longer Authorized To Collect IRS Debt For Certain Taxpayer Accounts