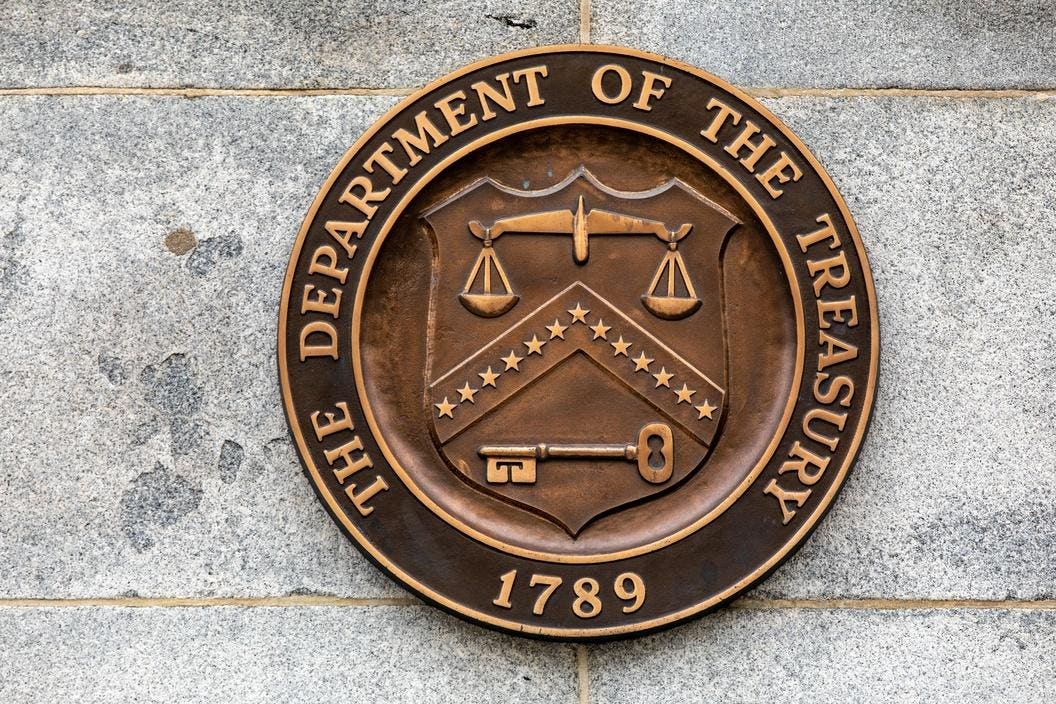 When there is no stated intent regarding a specific Tax Cuts and Jobs Act provision, its general intent to reduce taxes and stimulate the economy should usually prevail. It is undeniable that former President Trump’s budget was largely realized through the TCJA’s successful passage — and that it was designed to reduce taxes and other taxpayer costs, including those related to regulatory compliance.

If tax reform occurs through reconciliation legislation again, taxpayers may very well need to look to the Biden administration’s green book for the most “direct” evidence of Congress’s intent to “raise revenue” for infrastructure and create a “fairer tax system” when examining Treasury’s power to alter tax burdens through interpretations and enforcement policies. The executive branch has never had more influence over tax law.

Reconciliation legislation generally has no substantial legislative history, and the speed of any drafting of tax reform provisions will undoubtedly leave many questions unanswered. The consequence of using reconciliation to accomplish major tax law changes driven by partisan objectives necessarily shifts significant power from the legislative branch to the executive branch.

This intra-political party shift of power among the branches of government occurs without veto concerns, and we’ll see why through an example below.

If this year’s reconciliation reform of the tax laws is imbued with a general intent to increase taxes and compliance costs, the opposite of the TCJA’s general intent, one Treasury’s treasure could become another’s trash.

The TCJA reduced tax rates and birthed various new tax incentives to stimulate the economy. This year’s change in administration and a desire to close the tax gap brings a reminder: Courts won’t allow the executive’s collection agency to expand its ability to tax beyond what is clearly provided for in the law.

But I’m not sure that is true when the law’s intent is expanding the IRS’s ability to collect tax and raising revenue through increased taxes. The ability to address an ambiguity or other implicit or explicit delegation may depend on what is clearly provided for in the law.

Congress encourages proactive behavior and tax planning. Reconciliation must do that more than traditional legislation because of budget constraints and the need for creative pay-fors. Tax gap closing measures could help if successful.

Passing legislation through a simple majority allows for decreased transparency and public debate, which increases the likelihood that taxpayers receive benefits stemming from ambiguities and disconnects. These concerns are amplified when legislation shifts power within a party, an ongoing concern going back in American history to Federalist Paper 47 (and before), in which it was said, “There can be no liberty where the legislative and executive powers are united in the same person, or body of magistrates.” (Emphasis added.)

A second reconciliation package will provide the juxtaposition needed for Treasury to begin spinning a new narrative for congressional intent, and one that aligns with the IRS’s goals as a collection agency.

Today there is a multi-trillion-dollar reconciliation bill moving through Congress. The Congressional Budget Office estimates that the president’s green book proposal to increase IRS funding by $80 billion for the 10-year period beginning next year would increase revenue by $200 billion.

That doesn’t include all tax-gap-reducing proposals, and other estimates are higher. IRS Commissioner Charles Rettig told the Senate Finance Committee that the United States is losing some $1 trillion in unpaid taxes every year, so increased IRS enforcement will be integral to increasing collections — beyond tax rate increases. This can all help Congress pay for infrastructure.

The speed and nature of the reconciliation process almost inevitably leads to more ambiguity in the final product and, by extension, increases both the regulatory enforcement burden and the potential for overreach.

Is there anything else that should concern us? How about the growing funding coupled with the increased interpretation power that reconciliation gives to Treasury and the IRS? For increased tax enforcement to be a pay-for it must allow the IRS to successfully enforce the authorizing legislation.

To comply with delegated responsibilities, Treasury must interpret ambiguous provisions with no clear specific intent. This places the Chevron deference Treasury is hoping for at odds with the principle that legislative ambiguities must be construed against the drafter.

Treasury’s expertise means little when the intent isn’t even clear to the slimmest majority that voted for these swiftly written, enormous legislation packages.

That highlights the shakiness of the legislative proposal to potentially double IRS enforcement of laws that Treasury must do its best to interpret; unless the interpretations are entirely taxpayer-friendly, they could very well be invalidated.

If courts look to the general intent of reconciliation legislation — perhaps the only intent they can discern in many instances — will they simply be pivoting between the goals of different political parties to increase and decrease tax burdens?

Will courts view the legislation as an attempt to shift power within a political party beyond what that party could do alone in the legislative branch?

Then-House Speaker Paul Ryan of Wisconsin said after the veto: “We have now shown that there is a clear path to repealing Obamacare without 60 votes in the Senate” so “next year, if we’re sending this bill to a Republican president, it will get signed into law. Obamacare will be gone.”

The next year the TCJA was indeed signed into law by then-President Trump and reduced the individual mandate penalty to $0 to dismantle Obamacare.

A similar reconciliation effort could very well stifle the goal of closing the tax gap altogether because the process for doing so (reconciliation legislation) will necessarily make enforcing the resulting ambiguous tax rules all but impossible.

Could this year’s reconciliation legislation flip a critical tax canon of construction so that revenue-raising laws imposed on those making more than $400,000 should be construed in favor of the government that created the ambiguities.

Will continued congressional approval of increased IRS funding depend on the IRS’s ability to enforce laws in a way that supports Congress’s increased spending goals?

It is not unreasonable to expect that courts will ask such questions when examining Treasury’s increased power.

Chevron deference is about persuading the courts that an agency’s expertise leaves it best positioned to interpret the law. That is simply not the case with reconciliation.

In fact, reconciliation requires more interpretations with less indication as to congressional intent. In 2017 Congress shifted power to the executive branch, and it appears history will repeat itself — perhaps many times.

Because the United States uses a system of checks and balances among the three branches of government, it isn’t always straightforward which branch reigns supreme in the interpretation of tax laws.

The IRS continues to rely on Chevron, which provided for agency deference when the Supreme Court agreed with the Environmental Protection Agency’s reasonable interpretation of an unclear law. Chevron deference’s current strength outside the executive branch and its agencies is diminishing, as is its relevance to expanding tax provisions.

The Biden administration’s recent proposals to close the tax gap between the rich and the poor could backfire unless it applies the lessons learned during the previous administration — as partisan laws shift tax enforcement. Laws that increase taxes to raise revenue simply don’t have the luxury of being ambiguous unless Treasury’s clarifications are respected.

Because Chevron deference is now nearly meaningless in tax, the executive agencies will be at a disadvantage if they interpret existing laws to impose or enforce more tax liability on the rich without a clear connection to congressional intent, even with rising public support of tax relief for the poor.

Courts often interpret ambiguous revenue-raising laws against their drafters. This cuts for and against the general intent of a piece of legislation, depending on the court and its views on deference and revenue raising laws to pay for partisan goals.

The IRS is a collection agency. The IRS also calculates the liability owed. Tax obligations are determined based on regulations written by Treasury and the IRS, which argue that courts should respect their expanding interpretations because their expertise commands deference.

But most courts won’t allow Treasury and the IRS to be judge, jury, and executioner by allowing Congress to hand over their constitutional obligation to draft legislation to the executive branch. This puts Treasury in a tough spot, but not an insurmountable one. Valid and statutorily authorized interpretations that successfully meet APA hurdles, including proper notice-and-comment, will go a long way.

The Danger in Treasury’s Growing Powers

How do we address these past issues in future legislation, especially if it is possible that we could soon see the passage of an even more massive bill than the TCJA?

The TCJA was largely tax cuts, except for some international provisions. This bill could contain more revenue-raising laws, which many judges interpret against the government when there is an ambiguity and a taxpayer unfriendly “clarification” is made.

Many ambiguities could not be fixed through the standard legislative process for technical corrections because of the partisan reconciliation origins of the TCJA.

For example, one of the most challenging issues that Treasury and the IRS faced in implementing the cross-border provisions of the TCJA was a disconnect for fiscal-year taxpayers between the effective dates of the global intangible low-taxed income provisions in new section 951A and the 100% dividends received deduction for corporations under new section 245A.

Temporary regulations were issued in June 2019 (T.D. 9865) and finalized in August 2020 (T.D. 9909) to address transactions that taxpayers structured into to take advantage of the taxpayer friendly deduction. This issue is working its way through the courts and the validity of these regulations is still uncertain.

Another disconnect in the TCJA was most taxpayers’ post-enactment realization that the interaction of the GILTI minimum tax rules with limitations on foreign tax credits and other existing provisions could subject their foreign income to tax at a rate much higher than the 13.125% headline GILTI rate.

That reality ran counter to statements in the legislative history to TCJA suggesting that “at foreign tax rates greater than or equal to 13.125 percent, there is no residual U.S. tax owed on GILTI,” leading to broad calls for administrative relief providing a high-tax exception for GILTI similar to the relief under existing provisions of subpart F.

The absence of a meaningful technical corrections path pressured Treasury and the IRS to act. And while final regulations were ultimately issued providing limited relief, this approach has obvious drawbacks to a legislative fix.

But external respect for Treasury’s decisions to tax more or less than Congress plainly provided for isn’t the only concern.

If increased enforcement through the executive branch is the pay-for supporting legislation, what happens when there is a change in the administration and its enforcement policies.

When should transition norms be respected exactly — the day of the election? On November 4, 2020, the day after the election, the Department of Health and Human Services issued a notice of proposed rulemaking that would revoke most of its regulations unless explicitly reviewed and determined not to be unduly burdensome.

On January 20, 2017, the Trump administration issued a memorandum directing all agencies to freeze regulations. On January 30, 2017, Trump signed Executive Order 13771 requiring federal agencies to eliminate at least two existing regulations for each new regulation they issue and not increase regulatory costs.

Could similar executive actions wipe out others? Could one political party erase the congressional intent of another? After all, “statutory language cannot be construed in a vacuum” and Treasury can change its mind.

While the former Trump administration benefited from prospective regulations interpreting the TCJA to ensure collective goals stemming from Trump’s America First budget were met, old and new tactics to shift enforcement efforts could quickly dispense with the goals of past partisan legislation within its 10-year budget window, possibly.