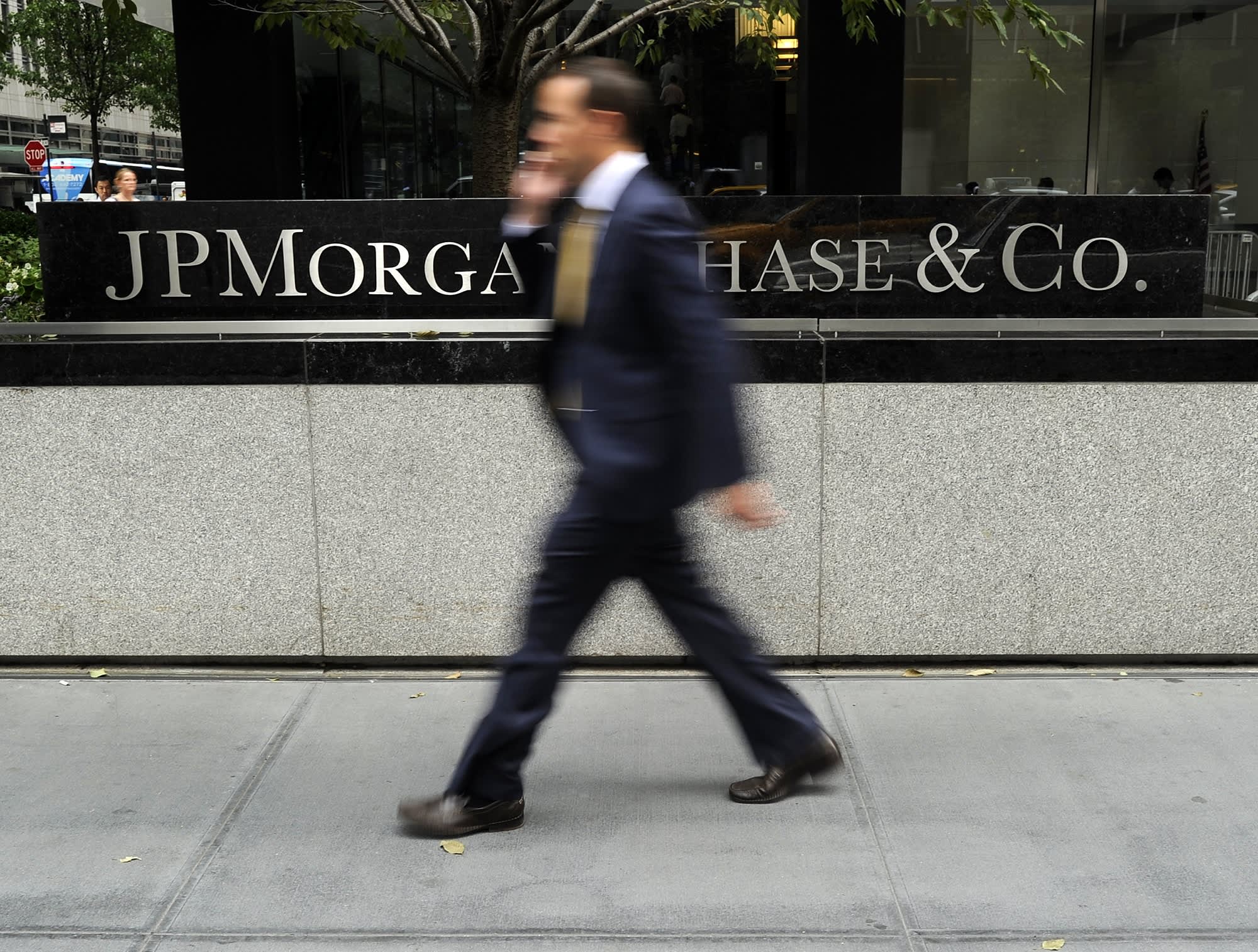 Here are the most important things to know about Tuesday before you hit the door.

We’ll get quarterly earnings from the four largest U.S. banks with Goldman Sachs, J.P. Morgan Chase, Citigroup and Wells Fargo all reporting before the bell on Tuesday. Wall Street is expecting S&P 500 financial company earnings to drop 2.6% this quarter, according to FactSet, weighed down by the Federal Reserve lowering interest rates twice since July, which pressures bank’s main business of deposits and lending.

Some analysts are anticipating disappointing results could come from this year’s over-valued unicorns including Uber’s anticlimactic market debut and pre-IPO bust of WeWork’s valuation. Goldman may take a $264 million write down on its 1.4% stake in WeWork, said Morgan Stanley analyst Betsy Graseck.

The unofficial start of third-quarter earnings season kicks off on Tuesday. Earnings for the S&P 500 are expected to decline by 4.6% this quarter, after growing by more than 3% in the second quarter, according to FactSet.

“Analysts expected declines for the past two quarters that failed to materialize, but the further slowdown in macro data could lead to the first EPS decline since the 2015-16 EPS recession,” said Bank of America equity and quant strategist Savita Subramanian said in a note to clients earlier this month. 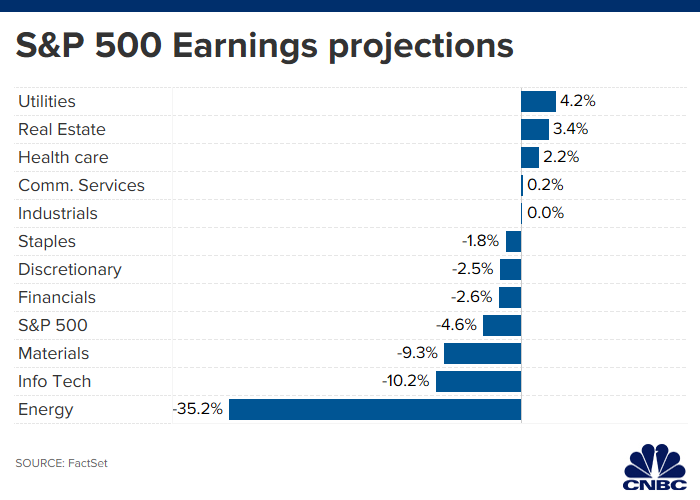 Along with the major banks, Dow Jones Industrial Average members Johnson & Johnson and UnitedHealth are set to report on Tuesday as well.

We’ll get a read on the health of the manufacturing sector with the Empire State Manufacturing survey set to release at 8:30 a.m. on Tuesday. Economists are expecting October’s Empire State Index, which measures activity in the New York area, to come in at 0.8, according to Dow Jones, down from September’s reading of 2.

J.P. Morgan (before the bell)

Citigroup (before the bell)

Goldman Sachs (before the bell)

Wells Fargo (before the bell)

BlackRock (before the bell)

Johnson & Johnson (before the bell)

UnitedHealth (before the bell)

Charles Schwab (before the bell)

Interactive Brokers (after the bell)

United Airlines (after the bell)

Millions suffer from long Covid — and it costs them $9,000 a year in health-care expenses, on average
Holiday Gift Guide 2022: 12 Home Appliances To Give And Receive This Season
If you’re still missing your tax refund, you’ll soon receive 7% interest from the IRS — but it’s taxable
21 Unique Holiday Gifts For The Home To Give To Everyone On Your List
Mortgage Rates Fall As Inflation Eases And Fed Signals Smaller Hikes Ahead