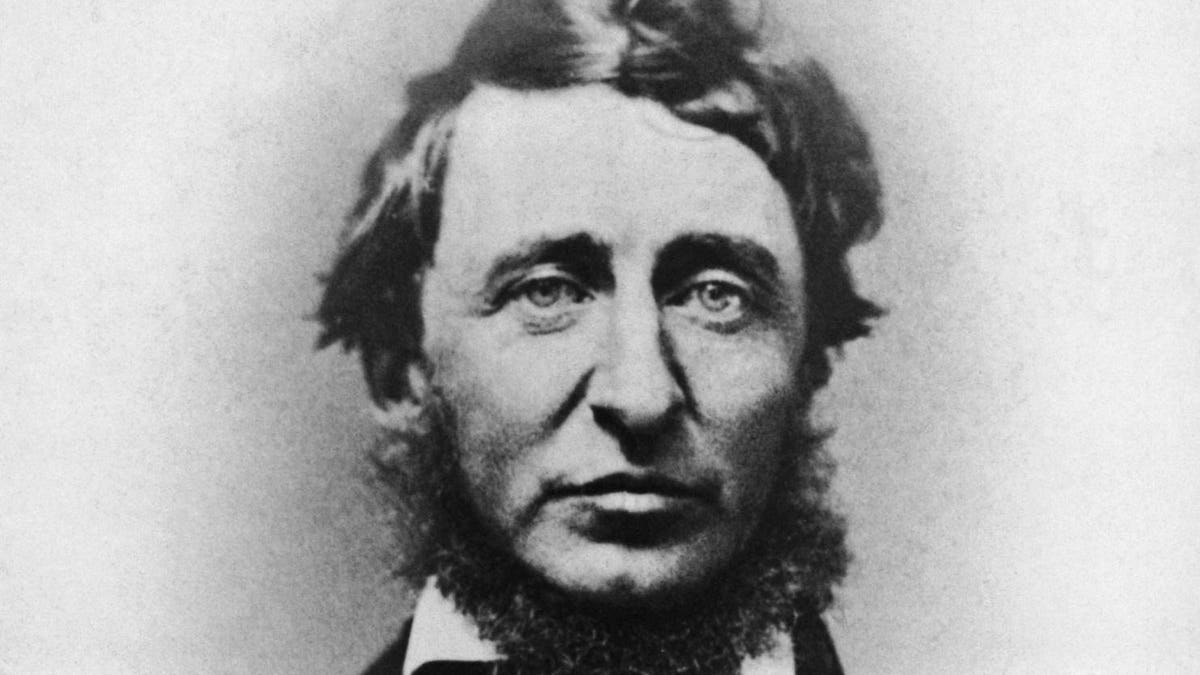 Henry David Thoreau was a supremely efficient tax protester. Measured in terms of social impact per unit of personal sacrifice, he managed something remarkable 175 years ago, when he was jailed — briefly, but significantly — for refusing to pay his taxes in Concord, Massachusetts.

On July 23, 1846, Thoreau was walking from his rustic cabin on Walden Pond to run an errand in the nearby town of Concord. On his way, he encountered the local sheriff, Sam Staples, who took the occasion to arrest Thoreau for nonpayment of his local poll tax — a rather modest annual levy of $1.50 on every adult male citizen of Massachusetts.

By the time he encountered Staples on that midsummer afternoon, Thoreau was no neophyte when it came to tax protesting. He had stopped paying taxes several years earlier, moved to action by the anti-slavery tax protest of his friend and neighbor Amos Bronson Alcott (father of author Louisa May Alcott). Alcott had been arrested in 1843 for his own failure to pay poll taxes.

Like Alcott, Thoreau believed that taxes — any taxes, paid to any level of government — were morally compromised by the institution of slavery. The fine distinctions of fiscal federalism were immaterial to both men: Local and state levies like the poll tax were important, if indirect, pillars of the national slave state.

The sheriff had ignored Thoreau’s tax delinquency for several years. But after the United States
declared war on Mexico in 1846, Thoreau denounced the move as yet another effort to protect and extend slavery. His public stance on the war gave new salience to his tax protest, forcing Staples to abandon his benign neglect and enforce the tax law.

As it turns out, Staples may have gotten ahead of himself. As Walter Harding pointed out in American Heritage magazine, Thoreau’s arrest was almost certainly illegal. Massachusetts law allowed for the seizure and sale of property to make good on delinquent taxes but not (except in extreme circumstances) for arrest of the delinquent taxpayer.

Apparently, Staples was unaware of or unconcerned with such legal niceties. And Thoreau was happy — even eager — to be arrested; incarceration would bring more attention to his cause than any sheriff’s auction of his modest possessions, even on the courthouse steps.

Much to Thoreau’s dismay, however, his time in jail proved to be rather brief. Almost immediately, an unidentified woman cloaked in a veil (widely believed to be Thoreau’s aunt, Maria) paid his outstanding tax debt. After permitting Thoreau to spend a single night in his cell, the sheriff turned him out the following morning.

Thoreau had hoped for more time behind bars, convinced that incarceration would draw attention to his protest. But he was at least locked up long enough to shame his mentor, Ralph Waldo Emerson, for his moral timidity. “Henry, why are you here?” Emerson asked the younger man during a brief visit to the jail. “Why are you not here?” Thoreau asked pointedly in return.

Disappointed at his speedy release, Thoreau returned to his home at Walden Pond; through no fault of his own, he had suffered only modest inconvenience as a result of his civil disobedience, thereby limiting its immediate public impact.

But Thoreau had other tools at his disposal. His tax protest and subsequent jailing became the basis for his famous essay “Civil Disobedience,” first published in 1849.

“I say, break the law,” Thoreau wrote in one of his more quotable passages from the essay. “Let your life be a counter-friction to stop the machine.”

In Thoreau’s case, the lawbreaking was rather limited and the resulting penalties rather modest. And his protest did not, notably, stop the intended machine: It would take a different, internecine war to end the hated institution of slavery.

But the success of Thoreau’s civil disobedience shouldn’t be measured solely against the yardstick of its immediate target. Over the past century and three-quarters, his lawbreaking has inspired legions of political and social activists, including such giants as Mahatma Gandhi and Martin Luther King Jr.

Thoreau, in other words, may have failed to slay his own dragon — but he inspired others to slay their own.