A woman fuels her SUV at an Exxon Mobile gas station in Chicago.

Oil prices are surging and if history is any guide, a handful of stocks are going to outperform the market over the next week.

Drone Saudi Arabian oil facilities over the weekend forced the kingdom to cut its oil output in half. futures, the international benchmark, rose 12% to $67.46 per barrel futures climbed 11.6% to $61.21 on Monday.

CNBC used Kensho, a hedge fund analytics tool, to track which Dow Jones Industrial Average stocks performed the best (and worst) a week after oil rises 5% or more in a single day. Data showed WTI crude prices have risen 5% or more 75 times since 1999 and gasoline stocks, alongside a few others, outperform the broader market.

Chevron has been the top performing Dow stock after oil surges. Chevron averages a 1.84% return the week after a 5% spike in oil. Similarly, Exxon Mobil also outperforms the broader market, up 1.18% a week later. 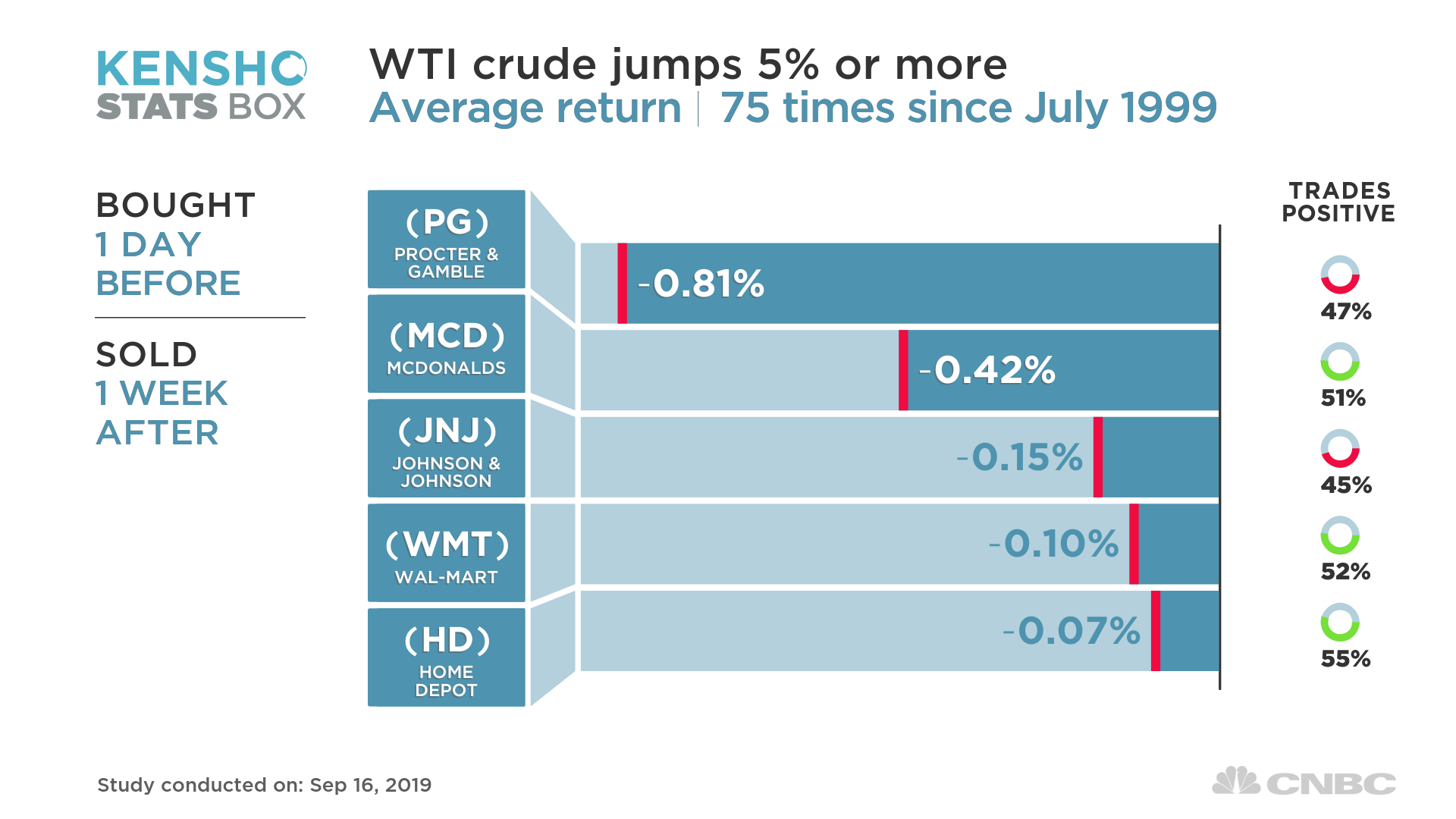 Consumer staples giant Procter & Gamble has been the worst performing Dow stock after oil jumps, averaging a 0.81% dip the week after oil rises.

Fast-food company McDonald’s also has been a weak performer, losing 0.42% a week after oil spikes. Johnson & Johnson, Walmart and Home Depot also average negative returns in the week following a surge in oil.

Higher gasoline costs can weigh on sales and squeeze profits of retailers like Walmart when oil supply is uncertain. 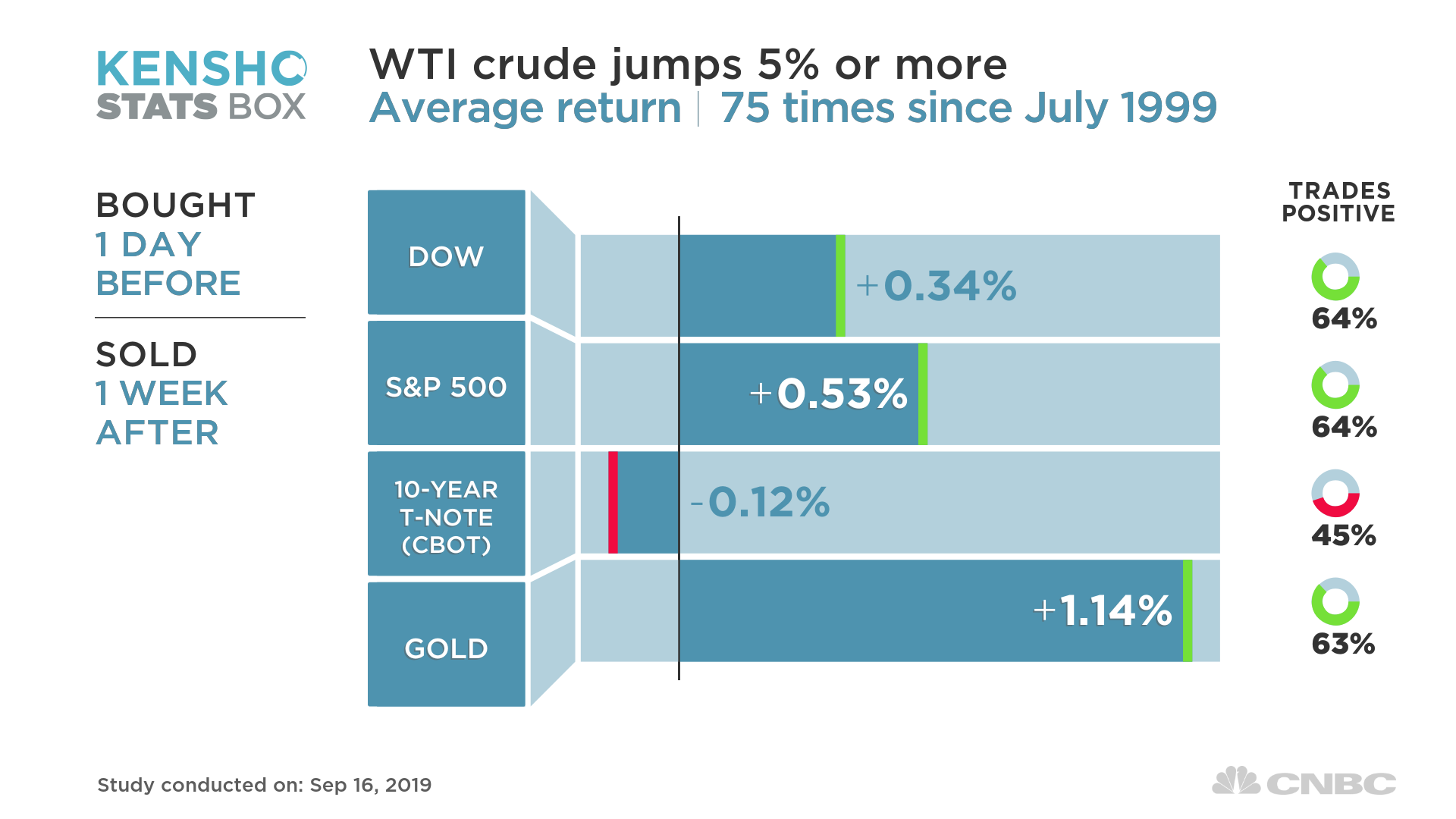 Data showed that broader markets typically perform well when oil rises. The Dow averages a 0.34% return and the S&P 500 averages a 0.53% return after U.S. oil rises 5% or more in a single day.

Gold returns an average of 1.14% after a rise in oil, as investors often rush to safe haven trades when a global commodity like oil is in trouble.