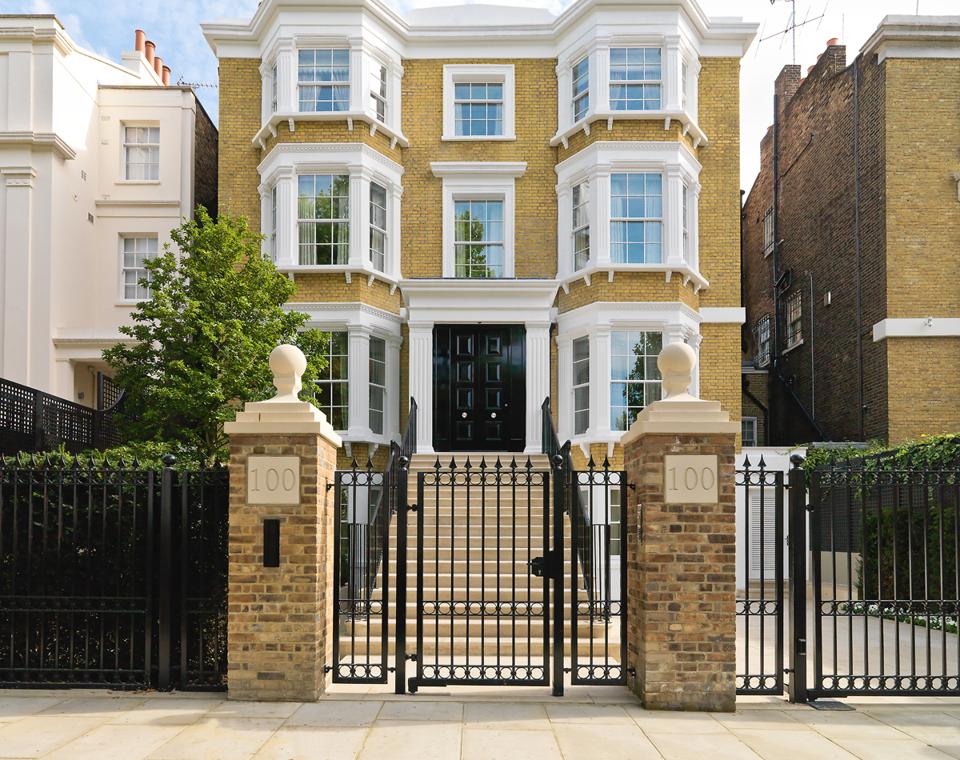 A seven-bedroom mansion that was once the home of the founder of Lloyds Bank has just hit the market with a £22.5 million ($29.4 million) price tag.

It was recently refurbished and features interiors inspired by Los Angeles’ Sunset Boulevard villas, which were created by ‘billionaires’ designer Bill Bennette of Bill Bennette Design.

The mansion features six bathrooms, a garden and a gated driveway with parking for two cars. It also has an Olympic-sized swimming pool, poolside cocktail bar and cinema screen, a gymnasium, steam room, massage room, a private cinema with its own cocktail bar and a games room.

The mansion originally belonged to one of Britain’s first millionaire bankers, Henry Barnett (1815-1896).

The banker purchased the mansion with the capital gained during the merger.

Barnett also had a country estate, Glympton Park, which is now owned by the Saudi Royal family.

The townhouse was purchased around 10 years ago by its current private owners and was previously listed for sale at £32 million.

“This glamorous mansion is designed like an uber-luxurious private resort that you would find on Delfern Drive and Sunset Boulevard. Perfect for a family or A-lister looking for an abundance of entertaining space and bedrooms this is one of the finest houses on Hamilton Terrace and one of the most outstanding homes in St John’s Wood.”

Peter Thiel’s VC fund backs TreeCard, a fintech that plants trees when you spend
Cramer’s lightning round: Let Extreme Networks cool off a little before buying
Is The Bay Area Housing Market Cooling Off?
Ulta Beauty boosts outlook, as shoppers keep splurging on makeup
‘It’s a work in progress.’ How Covid has changed the life insurance marketplace