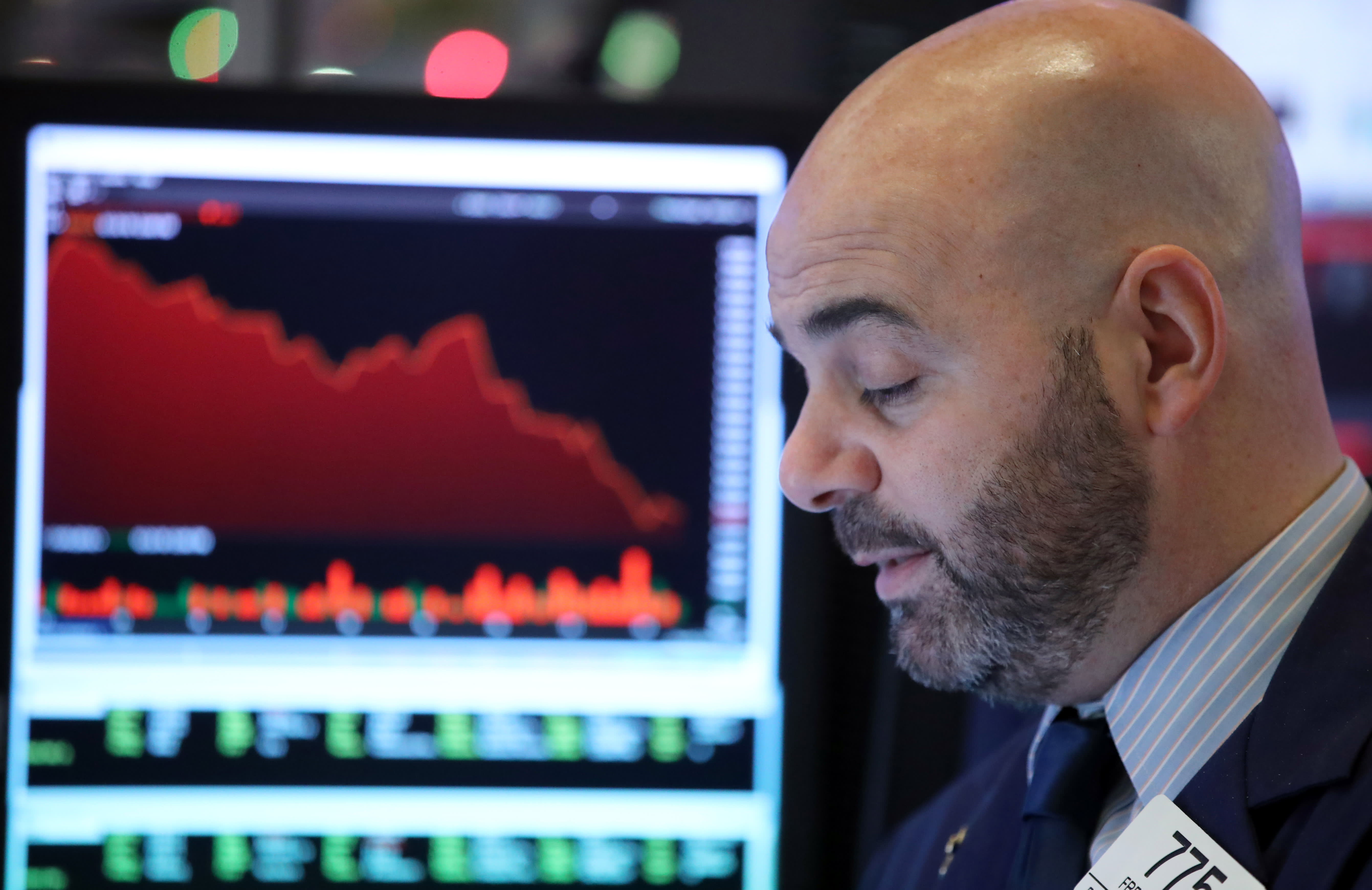 A trader works at the New York Stock Exchange in New York.

What exactly happened during the “once in a decade” stock market rotation earlier this month that rocked investors? It might’ve just been a one-off technical move and not based on fundamentals.

A huge rotation out of momentum into value names took place suddenly last week. Many read the phenomenon as a warning sign as stocks with superior growth have led the market’s bull run in recent years and said a rebound in interest rates was the catalyst. However, the reversal in momentum, which seemed to abate this week, could be explained by a sudden stop in tax loss harvesting, some on Wall Street said. 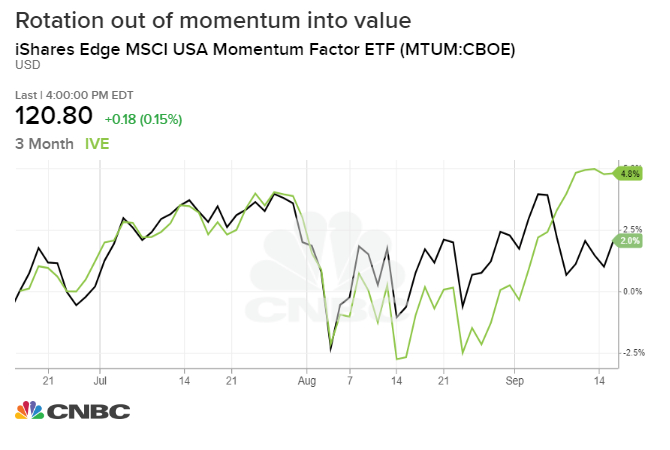 The idea is that investors often sell losing stocks to lower their tax bill from the capital increases, a technical move that’s quintessential of a momentum trade — chasing winners and dumping losers. The amount of such activity might have decreased significantly last week due to speculations the Trump administration would pass a bill to reduce capital-gain taxes, therefore reducing the incentive to sell their losers.

“It’s quite possible some of the dominant robo advisors could have assumed that the U.S. administration would indeed follow through with its proposal on Sept. 9, and decided to change their optimization to take this into account,” Barclay’s head of equity derivatives strategy Maneesh Deshpande said in a note on Wednesday.

President Donald Trump earlier this month floated a proposal to tie capital gains taxes to the inflation rate, which could lower the taxes investors pay on profits from selling assets. He eventually ruled out such a plan on Sept. 11. But the discussion around the proposal last week coincided with the change in stock leadership that shocked many investors.

Tax loss harvesters might have stopped selling losers and adding winners on the prospect that capital-gains taxes would go down, which could make tax loss selling less beneficial. Such a change could have caused the downturn in momentum due to less selling of falling stocks and less buying of rising names.

The amount of active tax loss harvesting has ballooned over the years as robo-advisers, which automatically allocate assets in a tax efficient way, gained popularity on Main Street. Robo-advisers now manage about $1 trillion assets, up from $240 billion in 2007, according to Barclays.

“Of course, it is also entirely possible that some other investors would have put on the trade in anticipation of such a proposal,” Deshpande said.

The iShares S&P 500 Value ETF hit its highest level since January 2018 on Sept. 11 as the rotation hit its pinnacle.

Value, cyclical companies with low prices relative to earnings and book values tend to be sensitive to economic growth. However, embracing the group without a material change in the economy doesn’t make a lot of sense, analysts warned.

“Absent an improvement in underlying economics, we believe that the recent shift in leadership is unlikely to persist,” Jonathan Golub, chief U.S. equity strategist at Credit Suisse said in a note Monday.

Tax ‘refunds may be smaller in 2023,’ warns IRS. Here’s why
Beijing grinds to a near halt as China’s capital city battles Covid with more lockdowns
Black Friday online sales top $9 billion in new record
These 4 tips can help you dig out of debt after record Black Friday and Cyber Monday spending
10 Bathroom Design Trends We’ll See In 2023