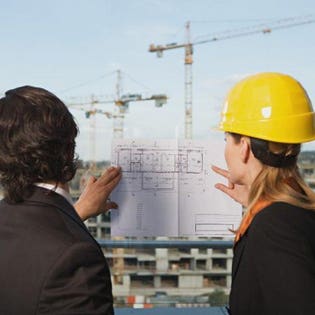 Opportunity zones are the hottest new investment opportunity in America. Now it seems as if everyone with capital gains to shield is trying to invest in them.

Established by the 2017 Tax Cuts and Jobs Act in an effort to incentivize investment in economically struggling areas throughout the United States, opportunity zones offer investors access to significant tax benefits, including the ability to defer their capital gains from taxable income through reinvestment. More critically, investments in opportunity zones that are held for at least ten years are exempt from income tax.

Unsurprisingly, these big incentives have sparked a great deal of interest from seasoned and novice real estate investors alike. But, in their race for riches, investors must not lose track of the real purpose of opportunity zones: revitalizing communities through the creation of social and economic opportunity.

Opportunity zone programs have been tried many times in the U.S. in recent decades. Both Ronald Reagan and Bill Clinton backed similar programs called enterprise zones during their administrations, demonstrating bipartisan  — as well as long-lasting  — appeal.

Yet for all their popularity, such programs have usually resulted in only limited economic payoff for communities. A 2002 study by the Upjohn Institute of 75 enterprise zones across 13 states found that “incentives have little impact on employment growth.” Developers and their investors have tended to be the biggest beneficiaries, with local communities often experiencing limited – if any – lasting economic improvement.

While some critics fear that the latest wave of opportunity zone development will once again largely benefit wealthy investors and developers, I believe that this time should genuinely be different.

Policymakers across the country and at all levels of government are working hard to ensure the tax incentives created by opportunity zones genuinely benefit everyone. Last month, a bipartisan group of U.S. senators introduced a bill to strengthen oversight and reporting requirements for opportunity zone investments.

Local and state leaders are also far more attentive this time around. Rachel Reilly, director of impact strategy at EIG, has advised investors to look for developers able to work with local groups and government. Local authorities have also been proactive. In Chicago, for example, city aldermen and community leaders were consulted from the beginning; they were able to identify the areas that would prove to be both rewarding investments and economically rejuvenating projects.

Business development within opportunity zones is also a big priority. Businesses setting up shop in these areas can get rich tax breaks as qualified opportunity zone businesses. To qualify, businesses must demonstrate that at least 50% of their gross receipts are generated within the opportunity zone. This will incentivize companies to open in opportunity zones, adding to the vibrancy of communities, creating good jobs and galvanizing local economic activity.

The next generation of opportunity zone investors will have to do more than consider their financials. This is more than a moral or ethical point; the success of a development, and a long-term investment, will rely on substantial and sustained buy-in and cooperation from political and community leaders. Those who work closely with communities and their representatives should find their investments considerably de-risked, while still enjoying healthy returns. Those who try to treat an opportunity zone investment like “just another real estate transaction” will likely pay a social and monetary price.

Engaging communities has always been good PR for developers, but it is a factor that usually takes a back seat to the bottom line. With local leaders primed for action in opportunity zones, serious, sustained engagement is a part of the bottom line.

Everybody can be a winner here. It simply requires a broader mindset than developers and investors usually adopt when approaching real estate assets.

Discussing Money And Love Is Asking For A Difficult Conversation
Apple Threatens To Remove Twitter From App Store – According To Elon Musk
CrowdStrike shares tumble on weaker-than-expected growth in new revenue
The fear of loss can cost investors big-time. Here’s how
Snowflake shares drop on light product revenue guidance