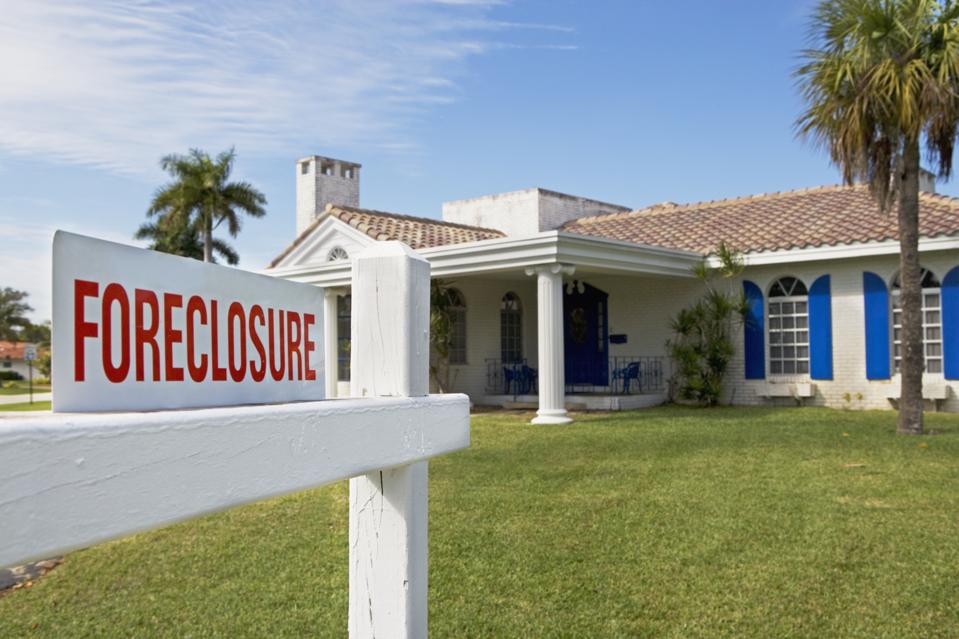 A foreclosure stays on your credit report for seven years, but according to a new study, the real damage is much shorter-lived than that.

New data from loan marketplace LendingTree shows that the bulk of foreclosure damage occurs within the first two years.

Initially, borrowers can see their credit score decline by 150 points or more, but with each year that passes, that score climbs about 10 points, on average. By the third year after a foreclosure, nearly half of borrowers have a 640 credit score or higher—largely considered a “fair” score by most standards.

According to Tendayi Kapfidze, chief economist for LendingTree, the results of the study “were encouraging.”

“First, a foreclosure does not stay on your report forever, falling off after at least seven years,” Kapfidze said. “Credit scores and loan terms start to improve well before those seven years, as the foreclosure recedes into the background and is superseded by more recent information.”

The study shows also that most borrowers are able to reenter the housing market in as little as two years. Still, even those with a prime credit score will pay a premium to do so, averaging an interest rate a little more than 0.30% higher than borrowers with no foreclosures on their record. On a $250,000 mortgage, that equates to an extra $17,135 in borrowing costs over the course of the loan.

Fortunately, foreclosures have been decreasing nationally. They’re currently at their lowest rate since January 1999, according to property data firm CoreLogic.

As Frank Nothaft, CoreLogic’s chief economist, explains, “A strong economy and eight-plus years of home price growth have made mortgage foreclosure an infrequent event,” he said. “This backdrop will help the mortgage market limit delinquencies in most of the country whenever a downturn should start.”

The trend isn’t sweeping, though. In fact, there are actually few states where mortgage delinquencies are on the rise. In Vermont, for example, the delinquency rate jumped 0.7% over last June, while in New Hampshire, it rose 0.3%. Other states to see jumps in delinquencies were Nebraska, Minnesota, Michigan, Iowa, Wisconsin and Connecticut.

Metro areas like Janesville, Wisconsin, and Pine, Bluff, Arkansas, also saw notable upticks in delinquent mortgages over the past year. Though these increases are often tied to damaging local events like hurricanes or wildfires, CoreLogic’s CEO Frank Martell says that’s not the case in these recent rises.

“While the nation continues to post near-record-low mortgage delinquency rates, we are seeing signs of emerging stress in some states,” Martell said. “We saw rates jump in states such as Vermont, New Hampshire, Nebraska and Minnesota that weren’t tied to a natural disaster.”

Whether this “emerging stress” is a warning sign or not remains to be seen.