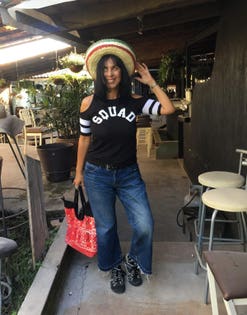 Perhaps you’ve thought about moving to Mexico, or perhaps you have a loved one who is considering it.  Either way, you’re almost certainly dealing with all the objections arguing against the move.

We certainly did, before we moved.

Friends, family, and even almost complete strangers were very open about offering us their dire warnings, filled with concern and dread.  Oddly, almost none of them had actually lived in Mexico, but that didn’t stop them from offering their advice.

When considering whether an objection is true or not, I’ve generally found that it to be a good idea to know how someone else who has some firsthand experience would respond.  As a person who now has this firsthand experience, herein, if you are considering moving to Mexico or know someone who is, I offer my answers to your own concerns and those of your well-meaning but perhaps not all that well-informed friends, relatives and complete strangers.

“If it’s so great in Mexico, why do all the Mexicans want to come to the US?”

While not all Mexicans want to come to the US, a huge percentage do, so this is a valid (albeit, overstated) objection.  In order to answer this objection, let’s take a closer look at who it is who want to move from Mexico to the US.

The almost painfully obvious reason most of the people who move from Mexico to the US do so is that the vast majority are poor and believe that they can make more money and have a better life in the US than in Mexico.

We can all agree on that. But here’s the follow up question: How relevant is this to your move to Mexico?  They are poor Mexicans, with limited opportunity in Mexico.  You are a US citizen, with US dollars.

Another great meal at a great price in Mexico

As a side note, many Mexicans are quite happy living in Mexico, especially those who are from the upper-middle class.  The reason: their lives are better in Mexico than in the US; just like yours could be, with your US dollars.

Depending on your personality and other factors, you may or may not have a better life in Mexico than in the US, but the amount of Mexicans who want to enter the US has no relevance to your situation; only theirs.

“It’s very violent in Mexico, so you could get killed.”

Any reasonable answer to this objection would have to admit that, on the whole, it is true that it is more violent in Mexico than in the US.  That is, unless you live in certain parts of certain US cities, which are extremely violent, but most of us don’t live in those cities.

However, just like the objection above, we need to look a bit deeper to see the extent to which this objection is relevant to you, as a US citizen living in Mexico.

A lot of the crime in Mexico is cartel-related, so you have cartel members killing rival cartel members.  Do you plan on becoming a part of a Mexican drug cartel?  If you do, the possibilities for violence against you is pretty high.  In contrast, if you do not plan on becoming a cartel member, cartel-on-cartel violence may not be all that relevant to your safety, just like the violence in certain areas of Los Angeles isn’t all that relevant to you if you live in the Los Angeles-area suburb of Thousand Oaks, where you can leave your doors unlocked.

Could you get caught in the crossfire of a drug cartel shootout?  I suppose so, but it isn’t very likely, unless you go to certain parts of Mexico.  If I were you, I would avoid those areas, just like I would avoid gang areas of the US.

Above everything else, these cartels are businesses, and it is very bad for business in Mexico to harm an American.  When an American is harmed, not only would the US government get involved, but so would all the other legitimate businesses in Mexico that make their money from US citizens, both as tourists, and as residents.  As a result, not only are US citizens not likely to be a victim of the violence problem in Mexico, but we a protected group, with everyone looking after our safety, cartels included.

“If the healthcare in Mexico is so great, why do Mexicans come to the US for treatment?”

The answer to this is two-fold.  The first part of the answer is similar to the answer to the first objection.  By general US standards, the healthcare system in Mexico is not great… for Mexicans with very little money.  Mexico has state-run healthcare systems for their residents who are least able to pay, for which these residents are grateful, but for which a US citizen would probably not be very happy.

The healthcare system for the Mexicans with money and you, as an American with US dollars, is the same, and it is superb; in my opinion, far superior in cost and care to what we have in the US.  No comparison.  As an example, my insurance premium decreased more than 80% by moving to Mexico, with far superior care.  It is the norm here in Mexico for a very qualified English-speaking physician to spend an hour with you and charge you the equivalent of US $35 out-of-pocket, with no insurance.  Dental care is also 80% less or even 90% less, with highly qualified dentists using the same or better equipment than what you would expect in the US.  It’s all wonderful, and removes a lot of worry that you would otherwise have in the US about getting sick and not being able to pay for it.

Then why do the richest people in the world come to the US for treatment of the more exotic illnesses?  Because the US still leads the way in treating these very unusual, exotic illnesses.  For everything else (which is close to all of it), I much prefer the healthcare system I go to here in Mexico to the one in the US.  It’s one of the main reasons we moved here.

It’s too far away; I’ll never see you again.

This could also be true, depending on your particular circumstance.  But it’s no more true than if you moved someplace far away in the US.  For example, we live in the Lake Chapala / Ajijic area, which is 35 minutes from the international airport in Guadalajara.  To get to the airport, I drive for about 35 minutes (unlike when I lived in LA and it could take me from 40 minutes to three hours), I park right at the airport, walking distance from the terminal (as opposed to 3 miles away), and pay about $5 per day to park.  So far, so good.

Then, I can fly non-stop to Los Angeles in three hours and 25 minutes, or to Dallas in two hours and 35 minutes or even to New York in five hours and twenty minutes.  Alternatively, if lived in Los Angeles and wanted to fly to New York, even after adding in the additional time to get to the airport and the cost, your flight would take five hours.  The net result is that many parts of Mexico are within just a few hours by plane to many places in the US, so by living in Mexico you may actually be closer by airplane to many parts of the US, not further away.  I might add the shortest flight to Hawaii from the US mainland is more than 5 hours, and most people don’t complain too much about that.

Many Americans who move to Mexico experience a much better lifestyle for much less money, are safe, their healthcare is much better and much less expensive, and they are “airplane close” to most places in the US.

Are there downsides to living in Mexico?  You bet.  Here’s just a small list of them.  I’m sure other people have additional and valid complaints.  Also, of course, living in Mexico is not for everyone, and especially those with more pronounced Type A personalities who cannot learn to slow down and go with the flow.

There are plusses and minuses to moving anywhere, especially outside of the US.  However, now at least you know the answer to four of the most common objections to moving to Mexico.  With that cleared up, you can at least make a more informed choice.

Overturning Roe v. Wade could have long-term financial impacts on people who are denied abortions, research shows
As Klarna and Affirm falter, a new breed of ‘buy now, pay later’ startups are stealing the spotlight
Worried about an economic downturn? Here’s what you can expect in a typical recession, according to economists
Microsoft And Cisco Face Shareholder Pressure Over Public Disclosures
Millennials want to retire early at 59. Here’s how to make that happen