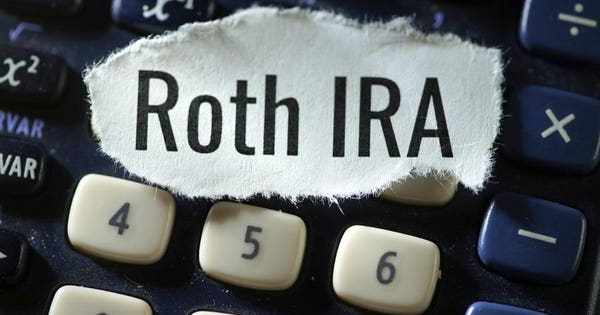 There’s an interesting idea brewing in the savings arena that will provide savers a way to build much larger tax-free savings. The probable passage of SECURE will make it even more attractive. Saving and investing is a normal part of our financial planning DNA. The most common saving tools for working individuals include:

Traditional pre-tax 401(k) is tax-deferred, which means it reduces taxable income today and defers the tax until eventual withdrawal. Traditional 401(k) balances can be rolled into an IRA where they are subject to Required Minimum Distribution (RMD) rules. Roth 401(k) and Roth IRAs use after-tax contributions and then generate tax-free withdrawals. Roth 401(k) can be rolled into a Roth IRA. Roth IRAs are not subject to RMDs. The comparison of Roth 401(k) to Traditional 401(k) is a question of pre-retirement tax bracket and post-retirement tax bracket. If an individual is working and earning $125,000 a year, they would be deferring at a 22% rate (24% if single). If they retire and have retirement income from an IRA and other sources totaling $60,000, they would withdraw at a 12% rate. They would gain a form of tax arbitrage.

This gets more complicated when RMDs are factored in. A committed saver and investor might accumulate a significant sum by retirement, take only a modest annual distribution and continue to accumulate in the IRA. Consider a 59 ½-year-old who retires with $1 million in their 401(k) pre-tax. They roll it over to an IRA and withdraw 3% a year. Assuming they make 7%, they would accumulate $1.6 million by 70 ½. If they didn’t withdraw (perhaps they take a retirement job) and made 7% on investments, they would have $2.2 million by age 70 ½. That would generate an RMD of about $82,000 in the first year, which would get progressively larger as the IRA gets larger and the IRA owner ages. In the case of the saver who delayed RMDs until age 70 ½, they would have an RMD at age 85 of about $199,000 and a balance of over $3.1 million. There is not much tax arbitrage there.

Enter the proposed SECURE Act. The SECURE act fast-tracked through the House and looks likely to pass the Senate. It has some new provisions about annuities in 401(k) plans and moves the RMD age out to age 72. One consequential provision of the SECURE Act eliminates the ‘stretch’ to beneficiaries and replaces it with a requirement that IRA monies must be withdrawn within 10 years of an IRA owner’s death. In the case of the $3 million IRA, the heirs would pay taxes on the $3.1 million as they withdrew it. If the beneficiaries let it accumulate for the 10 years, they’d have a balance of over $6 million. They’d encounter a significant tax obligation.

Note that the problem is eliminated in the case of a Roth IRA. Roth IRAs will still be subject to the 10-year rule, but the subsequent withdrawal is tax-free. This change will give rise to a considerably higher amount of Roth planning and Roth conversions. One question that must be answered will be how to maximize Roth contributions.

There is a way, thanks to a lesser-known
IRS ruling

, to save an additional $37,000 a year into tax-free savings. This involves the use of after-tax savings. A 401(k) plan allows three types of contributions by the employee:

The limit on pre-tax or Roth 401(k) is $19,000, or $26,000 if you are age 50 or over. The overall limit on a 401(k) plan is $56,000 ($63,000 if age 50 or over). This includes employee contributions, employer contributions (like a matching contribution) and after-tax contributions. This means that a plan participant could conceivably add $37,000 a year to after-tax contributions. At first glance, that would seem advantageous, but all the earnings are merely tax-deferred. Saving $37,000 a year would generate significant income. It then follows that it would make more sense to save outside of the plan to reap the rewards of qualified dividends and capital gains treatment.

This is true except when one considers Rev Notice 2014-54. This pronouncement allows after-tax contributions to be rolled to a Roth IRA. This means that a plan participant made a $19,000 contribution to their 401(k) and subsequently made an additional $20,000 after-tax contribution, they could roll that after-tax contribution into a Roth upon leaving the employer, or if the plan allows, an in-service withdrawal. Plans must allow in-service withdrawal at age 59 ½ or older. The after-tax ‘Mega-Roth’ is a great way to catch up on Roth savings. These savings strategies are becoming more common, in fact, The Cleveland Clinic and Quicken Loans are examples of employers who have added a MEGA Roth option to their plan offerings for their employees.

Servicing more than 6,000 qualified plans, CBIZ Retirement Plan Services is a notable firm supporting both employers and employees. Stan Milovancev, CPA, QKA Executive Vice President at CBIZ sees a prospective uptick in after-tax contribution in plan design. “The after-tax contribution to Roth is great for savers who want a Roth IRA and make over the income limit of $193,000 ($122,000 for single). We’re also seeing interest from professional practices with high earners who want to save much more.” Milovancev adds that the after-tax provisions are relatively easy to add to an existing 401(k) plan. “It’s important to note that after-tax contributions must meet the deferral testing requirements. We apply testing to plans to determine the allowable contributions.” Milovancev suggested the SECURE passage will change saver strategy.

Advisors are in agreement concerning SECURE and its impact on Roth conversions, but point out some prospective problems with the after-tax rollover. Monica L. Dwyer, of Harvest Advisors in West Chester, OH, loves the idea, “As far as the 401(k) participant putting up to $37,000 in after-tax contributions and doing either an in-service rollover conversion to a Roth or an in-plan conversion to Roth is what we have been calling a SUPER ROTH. Most people don’t know about it and are therefore not using it, but it is an incredibly powerful tool. I have a couple of clients using this strategy, but it only benefits people who have plans that allow it, and who are saving enough money to make those after-tax contributions in the first place.”  Sean Condon, CFP of Windgate Wealth in Chicago also likes the strategy, with a caveat, “While this strategy looks great on paper it is often difficult to implement in the real world. If owners or highly compensated employees are contributing the extra $37,000 after-tax and the rank and file employees are not, this will generally cause the plan to fail testing. Because of this, the strategy is much better suited for sole proprietors or groups of multiple owners who can each take advantage individually.”

The bottom line is that the use of Roth workarounds is logical in a financial planning sense. Brian M. Schmehil of the Mather Group in Chicago observes, “Increasing assets into a Roth IRA by contributing after-tax to your 401(k) or by doing Roth conversions will typically be more beneficial if the stretch provision is modified to a 10-year payout. Beneficiaries of an Inherited IRA are typically older children who are in their highest income-earning years when their parents pass so paying out the inherited IRA balance over ten years would generally create a much higher overall tax bill than if it was ‘stretched’ out during their lifetime.” He summarizes the Roth planning concepts as follows: “Regardless of the Secure Act passing, making after-tax contributions to your 401(k) in order to maximize the amount of funds in the Roth IRA when you retire is a great strategy to potentially reduce your overall tax bill in retirement.”

Will A Cash Balance Plan 401(k) Combo Secure Your Retirement?
Three easy ways to find hidden cameras in hotels and rental homes
Behold, Beneath A Santa Ynez Valley Estate Lies The King Of Wine Kivas
‘It’s like going to the DMV online’: What to know about buying Series I savings bonds via TreasuryDirect
The Fed has been clear, but the economy still isn’t ready for the big rate hikes ahead, Wells Fargo CEO says