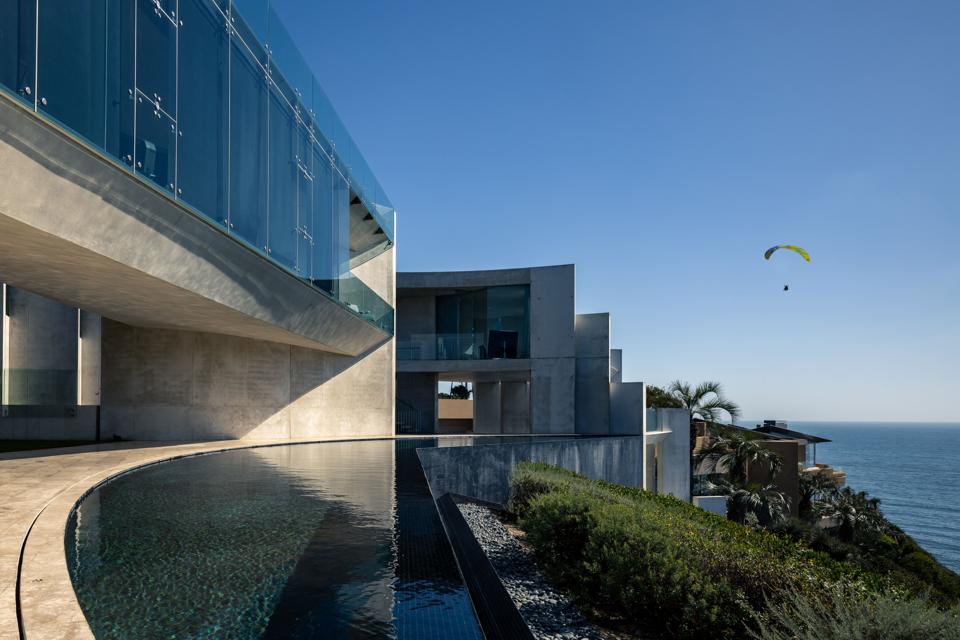 The Razor House might be named for the pronounced angles of its design, but the dramatic home perched on a cliff in La Jolla, California was actually named for its located on Razor Point. And, while Iron Man is a fictional character, movie buffs believe that the Razor House was the inspiration for his fantastical home in Malibu.

One thing is certain: when the Razor House recently sold for $20.8 million, it became the most expensive home sold in La Jolla so far this year.

“It’s a spectacular space,” says listing broker Matthew Altman. “The design is based on the view, so the entire exterior facing the ocean is glass. There’s a breezeway, and when you stand in the middle, you look out at the ocean across the infinity pool. It’s a memorable experience.”

Altman and his brother, Joshua, represented the seller as agents with the Beverly Hills, California office of Douglas Elliman. The house was offered for $24.995 million, but languished on the market for two years before the Altman Brothers listed it. Within a week, they found a buyer and double-ended the deal, acting as listing brokers and, along with Stephen Sweeney, selling brokers, as well.

Modernist architect Wallace Cunningham designed the Razor House. 11,545 square feet of living space are contained in three stories of white concrete, stainless steel and glass rising in a cantilevered design and including six bedrooms and eight baths. There is a circular living room and a circular movie theater, a rooftop terrace, a heated pool, outdoor kitchen and, indoors, two complete kitchens, including a caterer’s kitchen. A subterranean garage holds four or five cars, depending on their size. There is also a two-bedroom guest house.

Now a local landmark, the house’s construction, beginning in 2007, was complicated and resulted in the original owner filing bankruptcy mid-construction. The partially finished house was purchased in 2011 by MagicJack tycoon Donald Burns for $14.1 million. He spent an additional three million dollars to finish and renovate the house.

Iron Man may never have lived here, but he would be right at home.

Fed officials see smaller rate hikes coming ‘soon,’ minutes show
Here’s why you may want to say ‘no’ to a store credit card offer this holiday shopping season
The future of parking is in New York — and it costs at least $300,000 per space
‘The stakes are high.’ Why there’s a push for Congress to renew the expanded child tax credit this year
When Partners Fight, They Might Not Recover Their Legal Fees