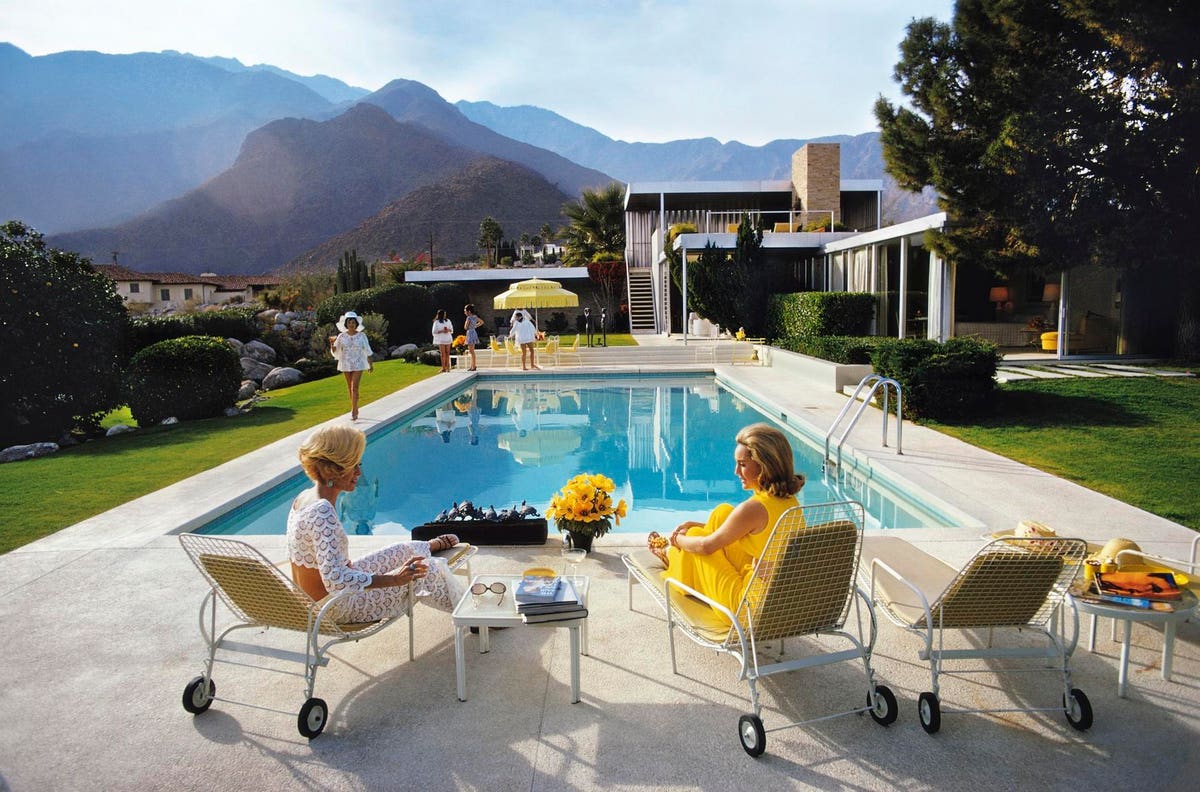 I’ve always been all-in on homeownership. Yet, for the first time in two decades since the beginning of the pandemic, I haven’t owned a home.

All of which got me thinking: The National Association of Realtors (NAR) just issued a report calculating that the cost of purchasing a house in the U.S. has increased 55% year over year since 2021 after factoring in home value appreciation, tax re-assessments, and mortgage rate increases.

So, from a seller’s standpoint did I just miss out on the frothiest bull housing market in decades?

In two senses the answer, unfortunately, is yes.

The pandemically-fueled housing boom since 2020 as a function of appreciation over time is unprecedented against any other historical financial metric, including the recent Dow Jones, NASDAQ, and S&P run ups.

That percentage gain also translates directly into higher appraised home values, which means more equity in sellers’ pockets when they decide it’s time to move. Ergo in sum, homeowners have seen a better return on their real estate investments over a shorter period of time since 2020 than even the pre-Great Recession housing bubble.

The good news for people like me who’ve either rented by choice, been priced out of the current market by the math, or sat on the real estate sidelines for other personal reasons over the past two years, however, is that now is still a great time to buy a home for several reasons under the right circumstances.

First and foremost, the COVID housing froth finally is cooling off.

Listings are up along with new housing starts, closings are down, and the days of all cash, waive-all-contingencies bidding wars are waning. So, excluding places like San Francisco or Manhattan where home prices had reached the point of almost stupid years ago, buyers in most markets already are on the back side of the pandemic peak.

“The overheated market of 2021 is already transitioning toward a less frantic landscape in response to several factors, and housing’s fundamentals are already shifting from the early days of the pandemic,” says George Ratiu, Manager of Economic Research at Realtor.com. “Builders have ramped up the pace of construction and more new homes are hitting the market. In addition, many homeowners who delayed their plans during the pandemic are ready to move forward with their lives so we’re already seeing an increase in the number of new listings—a sign of improving supply in existing homes. This boost in inventory, coupled with higher mortgage rates, inevitably is going to put downward pressure on the frenetic price growth we have experienced over the past year. That’s good news for buyers who have time on their side since the real estate landscape over the next 8-12 months is likely to shift away from a seller’s only market.”

Many would-be home buyers, especially Millennials without kids, also have been stashing cash in lieu of eating out and taking vacations since the beginning of the pandemic, resulting in a COVID-induced nest egg alternatively deployable for down payments, closing costs, moving, and renovations—which often are the primary financial impediments to purchasing a home in the first place.

Perhaps most importantly, almost every expert I’ve spoken with agrees that the current housing boom isn’t a “bubble” a la 2007. Housing’s core fundamentals are strong—meaning the basics of supply and demand as well as the mortgages and household balance sheets upon which those foundations are based aren’t about to shatter from a glass house rock out of nowhere any time soon.

Here are five other specific reasons why now is a great time to buy a home.

No matter who you talk to, it’s widely agreed that U.S. home values across the board aren’t dropping any time soon. This is due primarily to a single-family housing supply crisis and demographic shifts that have been building for years. So even while homes prices might seem inflated right now by the numbers, they aren’t artificially elevated like they were back in in 2005.

“A couple of factors are likely to keep pressure on prices for the foreseeable future,” says Realtor.com’s Ratiu. “The first one is demographics. Millennials are the largest cohort in the U.S., are embracing homeownership, and eager to use real estate as a foundation for financial and economic growth. With over 4.5 million Millennials turning 30 over the next few years, housing demand will remain robust. At the same time, we started 2022 in the wake of over a decade of under-building. Based on Realtor.com’s calculations, we are short 5.8 million new single-family homes across the country which will sustain demand and prices.”

That means buying a home now is still a solid, low risk money parking strategy, especially when the non-financial benefits of homeownership are taken into account like being the master of your destiny instead of a landlord’s and being able to renovate or build an addition if you end up working from home for the rest of your life.

While the days of crazy cheap money are temporarily over and paying down a typical mortgage has jumped by $633/month for a median priced home, the historical price of entry to purchase a house in the U.S. is still lower than it’s been on average for the past 50 years.

For first time homebuyers who’ve been renting for years, homeownership comes with a ton of perks.

One of the more mundane yet financially profound of them is the mortgage income tax deduction, which the National Association of Realtors has masterfully lobbied to keep in the U.S. tax code for decades. This allows for up to 100% of the interest you pay on your mortgage to be deducted from your gross income in addition to the other deductions for which you are eligible like the standard personal deduction and deducting for home office expenses before your final tax liability in any given year is calculated.

Depending on the price of your home and the size of your mortgage, these aren’t small numbers, especially as interest rates rise. Some years in some houses, particularly in 2005 when I bought a home at an 8%+ rate, my mortgage interest deduction was well into the $20,000 range—which for a writer is no small nut to be able to write down off of my total earned income (in some years the mortgage interest deduction alone brought me down into an entirely different tax bracket).

In addition, after two years the profits from selling your house assuming it’s your primary residence aren’t taxed by capital gains which means more net money into your pocket after closing costs.

Rents Are Increasing Too

The pandemically-fueled home price increases in the U.S. over the past two years have been widely reported in the media, yet far less covered has been the fact that residential rents have been rising too. Rents in Boise, ID, for example, have increased over 13% since the beginning of the pandemic, almost double that of inflation as a whole. In Miami according to some estimates they’re up over 31

So for home buyers weighing the opportunity costs of continuing to rent and throwing their money away versus getting into the homeownership game and building long-term wealth, the logic isn’t as clear as it’s been in the past when rents typically have dropped asymmetrically relative to home price increases in a similar fashion to investors fleeing stock markets in favor of government backed bonds.

Landlords, and the rent increases they impose, also aren’t tied to the federal funds rate like banks and mortgage lenders, so when it comes to owning a home there’s at least some certainty that housing inflation will remain linked long-term to well-intended monetary policy rather than the whims of Wall Street and private equity firms.

No matter how you slice the numbers, long-term homeownership is still one of the most predictable, risk-manageable wealth building strategies compared with other ways of deploying one’s income for a return on investment. So compared with renting, even at today’s 5.46% mortgage rates, building equity in a house instead of renting is still a hard logic to argue with—especially if home prices remain strong.

“Inflation and its upward pressure on price levels is less like the tide and more akin to climate change and the impact it has had on rising ocean levels,” says Realtor.com’s Ratiu. “Once prices reach a higher watermark, they are likely to only move up from there. Consider that in 1972, the median value of a new home in the U.S. was $29,200. By 1992, median price reached $126,000, and it further advanced to $190,100 in 2002. During the mid-2000s housing boom, median prices peaked at $257,400. The housing bust of 2008 saw median new home values decline to $208,400. However, the ensuing recovery pushed prices to $327,100 by the fourth quarter of 2019, and the shift brought about by the pandemic only accelerated the trajectory. Based on Census data, the first quarter of 2022 saw median prices above $428,000 for new homes. Meanwhile, hampered by a significant shortage of supply, median prices for existing homes also reached new records, hitting $425,000. While the historical values are not adjusted for inflation, housing remains one of the most predictable ways to build wealth over time.”

What all of this means for the U.S. housing market writ large is good news, says Craig Studnicky, founder of Miami-based real estate brokerage RelatedISG.

“The pandemic set off a worldwide frenzy for single-family homes. In the early days of COVID, people started to realize that it was easier to manage social distancing in a house where you typically have more space and you didn’t have to share an elevator or lobby with your neighbors. People then discovered the joy of owning a house because of the space and privacy it offers. In addition, suddenly people could work remotely and had the freedom to live anywhere, so they wanted to move to places like South Florida where the weather is great all year round. Mortgage rates also hit historic lows which helped accelerate the home buying frenzy, especially as the Millennial generation became of homebuying age. Demand quickly started to outstrip supply, sending prices spiraling. And historically when prices go up to these levels, they rarely come down and the widespread housing supply shock we’re currently experiencing won’t be resolved anywhere overnight. Houses have become a gold standard for investments and that’s not changing anytime soon on Wall Street or Main Street.”

Starz could turn into an ‘acquisition machine’ after Lionsgate spins it off
China’s Xi arrives in Hong Kong in his first trip off the mainland since the onset of the pandemic
Dow Plunges Nearly 500 Points, Recession Fears Resume As Consumer Confidence Hits New Low
Overturning Roe v. Wade could have long-term financial impacts on people who are denied abortions, research shows
There’s a growing interest in direct indexing as the investing trend becomes ‘democratized’