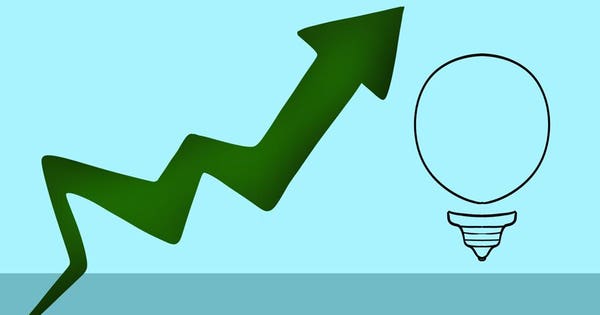 The U.S. economy remains at a crossroads. A strong consumer and U.S. Federal Reserve (Fed) rate cuts could save the day and help boost it; or manufacturing weakness, trade war-induced drops in confidence and the lagged effects of tighter Fed policy in 2018 could lead to recession.

Many equity investors have dismissed the yield curve’s inversion as a side effect of overseas bond market trends, perhaps unwisely. We almost certainly can expect to see continued U.S. equity market volatility on the back of weaker earnings and a slowing economic backdrop.

Fixed income markets face a similar conundrum. On one hand, the relentless drop in U.S. Treasury yields can be interpreted as signaling economic weakness. On the other, credit performance remains strong, and the calm in credit spreads can be viewed as a positive sign.

Clouds may be gathering, but it is not an appropriate time for investors to pull out of the market.

Since 1975, the final year of a bull market has seen an average return of 26.9%. The most recent all-time high for the S&P 500 Index was reached in July, and equities saw only a 6.6% rally in the preceding 12 months. This suggests we have not reached the potentially opportunity-laden stage of the blow-off top and investor euphoria experienced at the end of past bull markets.

Consumers May Be the Canaries in the Coal Mine

The strength of the U.S. consumer has been the rallying cry for bulls over the past several months. Housing permits, which in September 2019 reached their highest level since before the Global Financial Crisis, suggest consumers remain on healthy footing.

Yet consumer confidence has started to weaken: University of Michigan Consumer Sentiment and Conference Board Consumer Confidence surveys have fallen from peak levels. However, consumers are not pulling back and retail sales have reaccelerated after falling earlier in the year.

If the health of the consumer starts to show cracks, risks of a recession could rise meaningfully.

With four interest rate cuts already enacted, and a third priced into the market by year end, the Fed is trying to manage another “soft landing.” But it could be a case of too little, too late. It can take up to 18 months for changes in short-term interest rates to fully impact the U.S. economy, so we may not be “out of the woods” until mid-2020.

Manufacturing Weakness Could Point to Recession

The ISM Manufacturing PMI survey is a good proxy for the business cycle. Going back to the 1950s, when its new orders component figure rolled over in periods of stable or easing Fed policy, it troughed at 49 on average. (50 is the breakeven between expansion and contraction.) During a down cycle in a period of Fed tightening – as is the case today – the average bottom was 40.5. The most recent figure was 47.8, indicating significant potential downside remains.

Some investors dismiss weakness in manufacturing, rightly suggesting that its decline to just over 10% of the U.S. economy today makes it less relevant. But its higher volatility suggests slowing manufacturing still may be able to do substantial damage including infecting other areas.

For these and other reasons, our U.S. market outlook remains optimistic – vigilantly.

Jeff Schulze is an investment strategist at ClearBridge Investments, a subsidiary of Legg Mason. His predictions are not intended to be relied upon as a forecast of actual future events or performance or investment advice.

Social Security isn’t bankrupt: What we know about future benefits based on the latest trustees report
Anti-abortion states split on how to enforce ban, whether to prosecute or surveil doctors
United Airlines pilots to get raises of more than 14%, 8 weeks of maternity leave in new contract
Stock futures are flat after failed attempt at a rally
Roe v Wade’s demise forces companies to grapple with health care plans, employee privacy and more