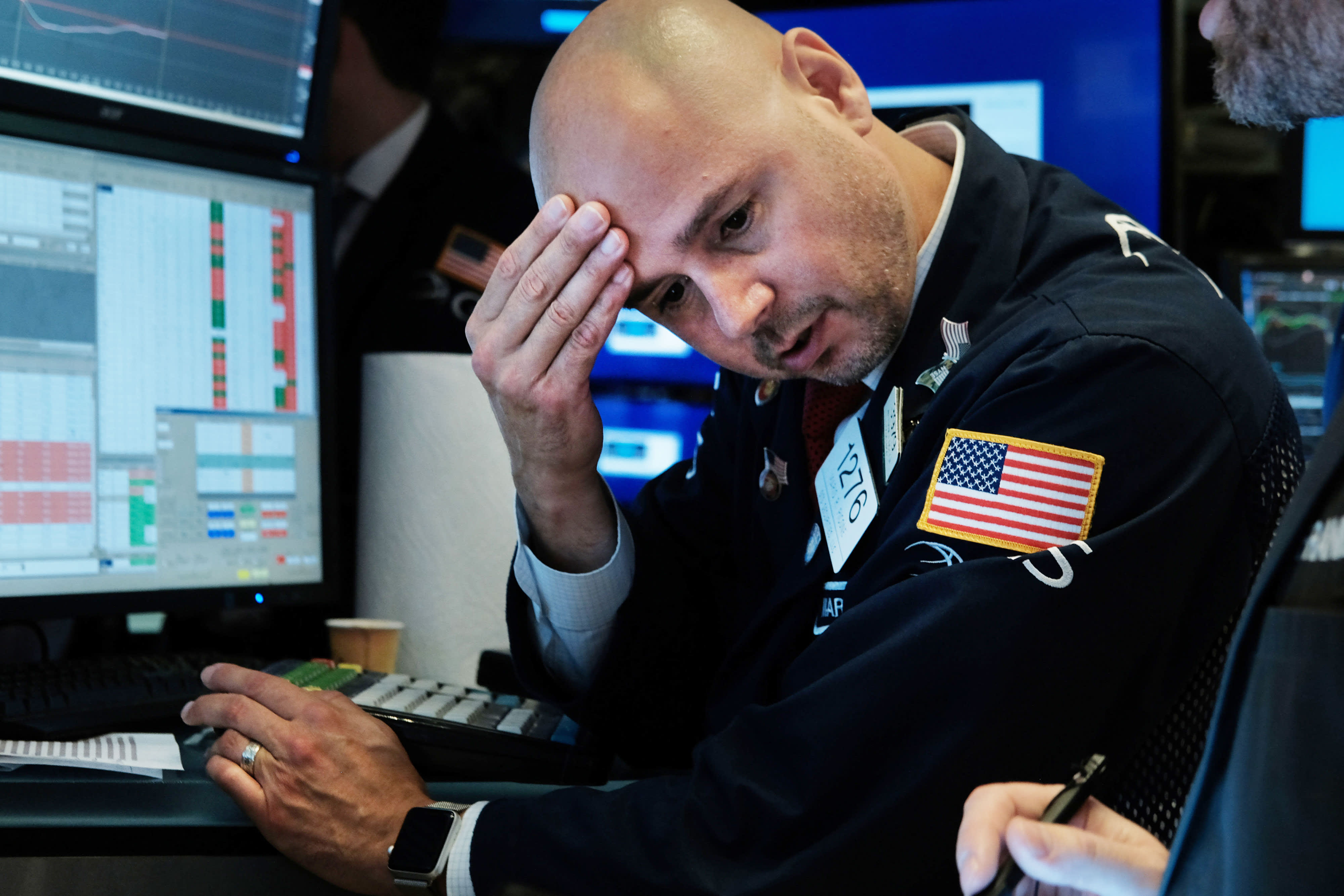 Traders work on the floor of the New York Stock Exchange on August 14, 2019

One of the market’s most important players is losing its mojo.

Corporate America’s share buybacks, which hit a record of over $1 trillion in 2018 on the back of a tax overhaul, have begun to slow down in recent months, posing a threat to the record-long bull market, according to Jefferies.

“Total S&P 500 buyback amounts seem to have peaked while the share of R&D spending has remained constant since the Great Financial Crisis,”Sean Darby, Jefferies’ global equity strategist, said in a note on Wednesday.

Share repurchases have long been a pillar of support for the broad market. By reducing the number of outstanding shares in the market, companies are able to boost stock prices and earnings per share figures. A slowdown in buybacks could be an ominous sign for the market which has already been threatened by an escalating trade war and slowing growth.

The S&P 500 endured a volatile third quarter, returning 1.7% amid tit-for-tat tariffs and impeachment fears. The fourth quarter was off to a tough start with the S&P 500 losing 1.2% on Tuesday, hit by a slump in the U.S. manufacturing sector. Stocks were down big again on Wednesday.

The buyback momentum that remains is centered amongst the biggest companies. Apple, Bank of America and J.P. Morgan Chase repurchased the largest amounts in the second quarter, while the top 20 stocks accounted for half of the total buybacks of the S&P 500 companies, according to Jefferies.

Big supporters of their own stocks have also enjoyed better stock performance. Top 20 companies with the highest buyback amounts have outperformed the market since 2009, Jefferies said.

The bank highlighted stocks with a high possibility of maintaining their buyback momentum in the fourth quarter, which includes Macy’s, H&R Block, Halliburton and Booking Holdings.

While corporations are tightening their wallets amid new tariff threats, the decline also came as prominent lawmakers and presidential candidates criticized the buyback practice for widening the wealth gap and diverting resources away from workers.

To be sure, there are also signs that corporations might be stepping up their buyback programs. Corporate buybacks accelerated last week, according to Bank of America Merrill Lynch’s clients data.