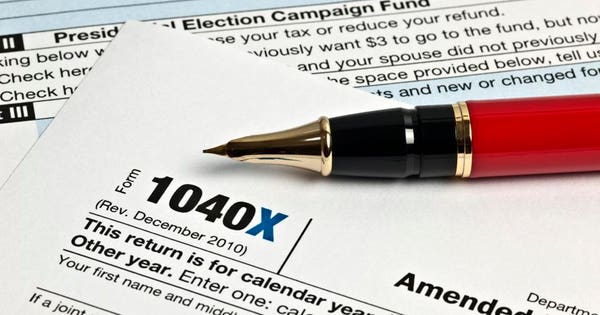 Just because somebody believes things that I find preposterous and even harmful, doesn’t stop me from liking them.  That’s the situation with me and Peter Hendrickson, author of Cracking The Code.  The view that I find both preposterous and harmful is that the Internal Revenue Code is very narrow in its application and that the IRS tricks people into paying taxes that the “CtC educated” know how to avoid.  That is why the first thing that popped into my mind when I read Judge Gustafson’s decision in the case of Gwendolyn Kestin was to check in with Mr. Hendrickson.

Ms. Kestin filed her 2014 return correctly, in the view of IRS and the Tax Court, reporting wages of $155,702.  Then in September 2015, she and her husband filed an amended return zeroing out the wages.  Part III of Form 1040X requires the filer to explain the changes.  On their form, they referred to attached letters.  Ms. Kestin’s letter included

The IRS, the Tax Court and you and I all know that that is a frivolous argument. The IRS sent Ms. Kestin letter 3176C which is a warning that the position is frivolous and can be subject to a $5,000 penalty.

The Kestins responded with a letter defending their position which included a reference copy of the original 1040X, which was stamped by the IRS as a copy not to be processed.

The initial penalty notice for $5,000 was prepared but then a handwritten note was added to double it counting the 1040X copy attached to the letter as an additional frivolous return.  Meanwhile, the Kestins were sending letters, with attachments, asking why their refund was being held up. There were five of them, which led to an additional penalty assessment of $25,000.

The decision was an appeal of a collection due process hearing, so there were other procedural issues but in the end, the Tax Court ruling was that the first penalty was valid, but that the pile-on from the photocopies was not.

Appeals’ determination was not an abuse of discretion insofar as it upheld the single $5,000 penalty on Mrs. Kestin’s original frivolous Form 1040X and sustained the NFTL to that extent. However, its determination to uphold the additional penalties on the six photocopies of the return and to sustain the NFTL o that extent was in error and was therefore an abuse of discretion.

Here is what Peter Hendrickson wrote me.

Peter, I’ve had a chance to consider the Kestin ruling you sent and I don’t know that there’s much meriting comment, other than to salute the court’s recognition that the IRS was engaging in flatly invalid practices trying to assert “frivolous return” penalties for obviously non-return correspondences.

This outcome makes clear that the “supervisory approval” claimed by the agency was fraudulent. No supervisor actually engaging in supervision could have approved these bogus penalty assertions.

This, in turn, taints ALL alleged “frivolous” penalty approvals.

And he asked that I direct you to this discussion on his site, which I find kind of heartening.

THE IRS IS INCREASINGLY DESPERATE in recent years to discourage CtC-educated filers , to whose proper and accurate filings and claims it has no legal recourse but surrender, and the resulting loss of revenue for the ravenous maw of Leviathan. The famous “fake list” “frivolous return penalty” hoax has been the agency’s ploy of choice over most of that time.

However, in a truly remarkable escalation in frantic corruption the “fake list” ploy has mutated, in some cases, into a fake “fake list” hoax. Here, “fake list” penalty threats are made against events in which not only is there nothing “frivolous” involved, but there is not even a filing involved!

IRS Issues Too Many Bad Refunds

My reaction is that it is about time the IRS started dishing out more penalties and paying attention rather than just issuing refunds.  When Peter H and I argue about what is the correct reading of the Code, his strongest argument is the large number of people who get uncontested refunds when filing using his theories.  I take that as evidence of the IRS being broken.  Peter H thinks I’m being naive.

The Treasury Inspector General for Tax Administration (TIGTA) has been on the IRS   On July 31, TIGTA issued a report with the pithy title Actions Have Not Been Taken to Improve Amended Tax Return Review Procedures to

Our review of a statistically valid sample7 of 235 of the more than 1.1 million amended tax returns processed during Processing Year 2017 identified 33 (14 percent) questionable amended returns with refunds totaling $74,974. Based on the result of our sample, we estimate that the IRS issued nearly $359.9 million in potentially erroneous tax refunds claimed on 158,397 amended tax returns during Processing Year 2017. We forecast the IRS could issue nearly $1.8 billion over the next five years.

The report is too redacted to determine to what extent the shenanigans of the “CtC educated” are contributing to the problem.  Peter H’s complaint about the rise of frivolous penalties is a sign that the IRS is at least paying more attention.

Lew Taishoff has What More Can I Say? in 2018 covering an earlier order in the case, which foreshadows the ultimate ruling.

Mrs. Kestin’s motion has no merit. Her arguments are frivolous. Most of her submission repeats arguments that we have already disposed of. As we have explained (see ECF 36 at 9-10), there do seem to be (depending on the facts), for some of the penalties assessed against Mrs. Kestin, questions whether she can be held liable for the penalties. We cannot tell whether she has noticed our analysis, and she has not addressed these issues.

Mr. Taishoff also covered the final decision with From The Serious To The Frivolous.

Gwen has all kinds of finger-fehler arguments about IRS’ paperwork, but none of them persuades Judge Gustafson.

Thomson Reuters has Photocopy of return not subject to frivolous return penalty.