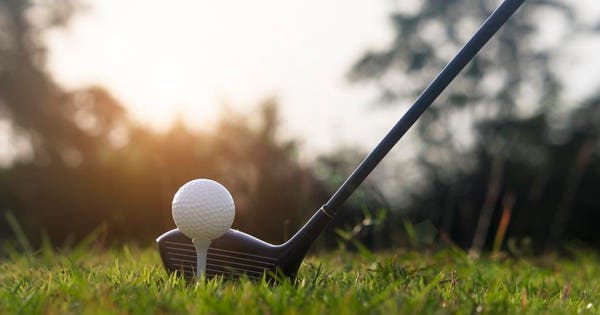 They do things big in Texas.  Apparently, that includes taxpayer Section 183 (hobby loss) victories.  The most recent is WP Realty LP in a Tax Court Memorandum decision by Judge Kerrigan.  The IRS was seeking to disallow over $14 million in losses for the years 2011 to 2014 from the operation of Whispering Pines Golf Club in Trinity, TX.

WP Realty LP has a simple structure – an individual 99% limited partner and an S corporation general partner owned by the same individual.  The individual is Corby Robertson.  Mr. Robertson is the grandson of Hugh Roy Cullen who built an oil fortune.  Mr. Robertson, now apparently the family patriarch, in a kind of retro move deployed much of the fortune into coal.  He was also an All American linebacker for the University of Texas, back in the day. As usual, the story around the story I am covering is more intrinsically interesting, but such is the fate of the tax blogger.

The somewhat convoluted relationship between the for-profit golf course and the charity SGA was the result of negotiations with the IRS at the turn of the millennium.  Here is how it is explained in the decision.

In June 1999 SGA applied to the IRS for tax-exempt status under section 501(a) as a corporation that would foster national and international amateur competition by conducting an amateur golf championship and supporting and developing amateur athletes. The application explained that excess funds would be used to promote charitable and educational activities within the meaning of section 501(c)(3). On January 13, 2000, the IRS denied SGA’s application for tax-exempt status, determining that a substantial purpose of the organization was providing a club facility rather than exclusively supporting charitable or educational purposes.  …….

After further discussions, the IRS approved SGA’s tax-exempt status in April 2000. The approval reflected a compromise between the IRS and SGA. SGA would focus solely on charitable activities, including hosting the Spirit World Amateur Golf Championship (Spirit Golf Tournament) and other amateur events and distributing funds to the Texas Medical Center. SGA would not own or operate assets of the golf course.

Also connected operationally is Camp Olympia, an overnight camp for inner-city youth founded by Robertson in 1968.  They also offer golf.  Personally, I am grateful for not having been exposed to golf, other than the miniature sort, at an early age, counting that as an advantage of a modest upbringing , but that’s probably just me.

The bottom line of these complications is that there was clearly a motive other than profit that Mr. Robertson had in mind with regard to Whispering Pine.  On the other hand, it seems rather unsporting of the IRS to hold that against him, since the IRS imputed a profit motive to him in denying exempt status.

Judge Kerrigan went through the nine-factor drill called for by the regulations.

(1) Manner in which the taxpayer carries on the activity.

(a) business-like manner including accurate books and records

(2) The expertise of the taxpayer or his advisors

(4) Expectation that assets used in activity may appreciate in value

(7)  The amount of occasional profits, if any, which are earned.

(8) The financial status of the taxpayer.

(9) Elements of personal pleasure or recreation

She makes the required observation that:

All facts and circumstances are to be taken into account, and no single factor or mathematical preponderance of factors is determinative.

In principle, it would seem, a taxpayer could win on fewer factors than the IRS does and still win the case, since “mathematical preponderance” is not determinative.  My work-in-process, not user-friendly database of Section 183 cases, now at nearly 300, indicates that that never happens.  And it did not happen in this case, although I think it really should have.  Here is what did happen.

One Factor To Rule Them All

Almost universally, if the taxpayers wins on the first factor, they win the case.  This case is no exception.

Mr. Robertson is an extremely sophisticated businessman.  He put over $100 million into the enterprise.  So there is accounting and analysis, plans and revisions to plans.  He had a seasoned manager in Chad McCormick, who I can testify is very good at not commenting.

Each year McCormick put together an annual budget that included a budget from each department at Whispering Pines. Together McCormick and Robertson used those budgets as a guide for implementing projects identified in the 2007 business plan. They also relied on the profit and loss statements and other books and records kept by WP Realty’s accounting department. Robertson reviewed the monthly profit and loss statements

There is more, but that is probably enough.

Robertson sought to strike the right balance between SGA and WP Realty. He wanted to carry out the goals of SGA while building a profitable golf course. We conclude that WP Realty conducted the operation of Whispering Pines in a businesslike manner. This factor strongly favors WP Realty.

Also, in principle, that is enough for Robertson to win.  Even if the other factors added up against him, he could still win.  But that is not how the decisions ever go.  Instead, we can watch as the judge fudge is mixed so that the mathematical preponderance will align.

Mr. Robertson wins the second and third factors – expertise and effort easily.  However, he lost on the fourth factor – expectation that assets will appreciate.

WP Realty produced no evidence that showed anticipated appreciation of Whispering Pines’ assets would be sufficient to overcome its losses. We conclude that this factor favors respondent.

He gets a slight win on success in other activities, the fifth factor.  The score is now four to one, but I’m thinking that it will be uphill from here on in for Mr. Robertson. The sixth factor, history of losses, is kind of silly since you wouldn’t be there otherwise and of course, the IRS wins that one along with factor seven, the kind of redundant occasional profits, of which, as is common in litigated cases, there are none.

Now we are at four to three.  And the next one seems like a walkover for the IRS – financial status of the taxpayer.  The years under audit are 2011 – 2014 and we are given Mr. Robertson’s adjusted gross income for those years.  It ranged from $20 million to $106 million not quite totaling $200 million.

The receipt of a tax benefit does not alone establish that the taxpayer lacks a profit objective. See Engdahl v. Commissioner, 72 T.C. at 670. Even though the losses were large, Robertson had substantial income during the years in issue. The tax benefits are not comparatively substantial enough to indicate that WP Realty did not expect to make a profit. Cf. Golanty v. Commissioner, 72 T.C. at 428-430. We conclude this factor is neutral.

That factor is neutral.  Go figure.  For perspective, it is worth noting that in the case of James Boneparte, his “substantial” income counted against him.  He made $82,000 working for the Port of New York Authority.

The ninth factor – elements of personal pleasure or recreation- was also rated neutral.

Frankly, I think that Mr. Robertson deserved to win this case, but I would have liked to see it as the precedent in which someone won in spite of “mathematical preponderance” rather than having the lesser factors fudged.

As noted, they declined to comment from the Whispering Pines front, but the triumphing attorneys did get back to me.

Steven Miller, National Director of Tax at alliantgroup wrote to me:

As expected the IRS really focused on the number of years of losses. However, the Court looked beyond that and correctly relied on a few key facts:

The professional way the business was run;
The golf industry and the unique nature of Whispering Pines; and
The Taxpayer’s business acumen and his prior experience as a developer, and in particular, a developer utilizing golf courses.

More than anything, this case reminded me of Finis Welch.  Mr. Miller commented:

It is a good comparison to make and we discussed the case in our briefs. As in our case, Welch changed operations (vet clinic, etc.) to make his business more profitable. Mr. Robertson operated in a similar manner – for example, he added a short course, added additional housing and dining facilities, all the while working hand in hand with professionals to expand the number of rounds available while improving the overall course experience.

Lew Taishoff has Mr. Reilly, One For You, which accounts for me getting to this case sooner than I otherwise would have.

My colleague Peter Reilly, CPA, has strongly urged that Section 183 cases can be won. I was skeptical, but there are exceptions.

He skates through the “goofy regulation,” because Corb had good recordkeeping, got his golf course designed by a “brand name” (Judge Kerrigan’s words, at p. 40) designer, turned his out-of-the-way golf course into a destination, hosted high-profile golf tournaments, kept the kids’ golf charity well-shielded from the business, at least well enough to beast IRS’ “only a hobby” argument, and did make a profit once.

The bottom line? Have enough money to hire a strong staff, use “brand name” contractors, keep the children away, and keep those records current.

Mr.  Taishoff does catch the essence there, although I think he is a little off on the 501(c)(3) details.  Mr. Taishoff’s intense coverage of the Tax Court continues to astound me.

Tax Notes and Bloomberg Tax also have coverage behind their paywalls.

How They Closed It: Selling The Rich History Of A Landmark Australia Estate
‘It’s like going to the DMV online’: What to know about buying Series I savings bonds via TreasuryDirect
RH shares slide after company lowers its outlook for the year
Most workers want their employer to share their values — 56% won’t even consider a workplace that doesn’t, survey finds
Buy now, pay later refunds can be tricky: ‘The process isn’t quite down to a science,’ says chief credit analyst