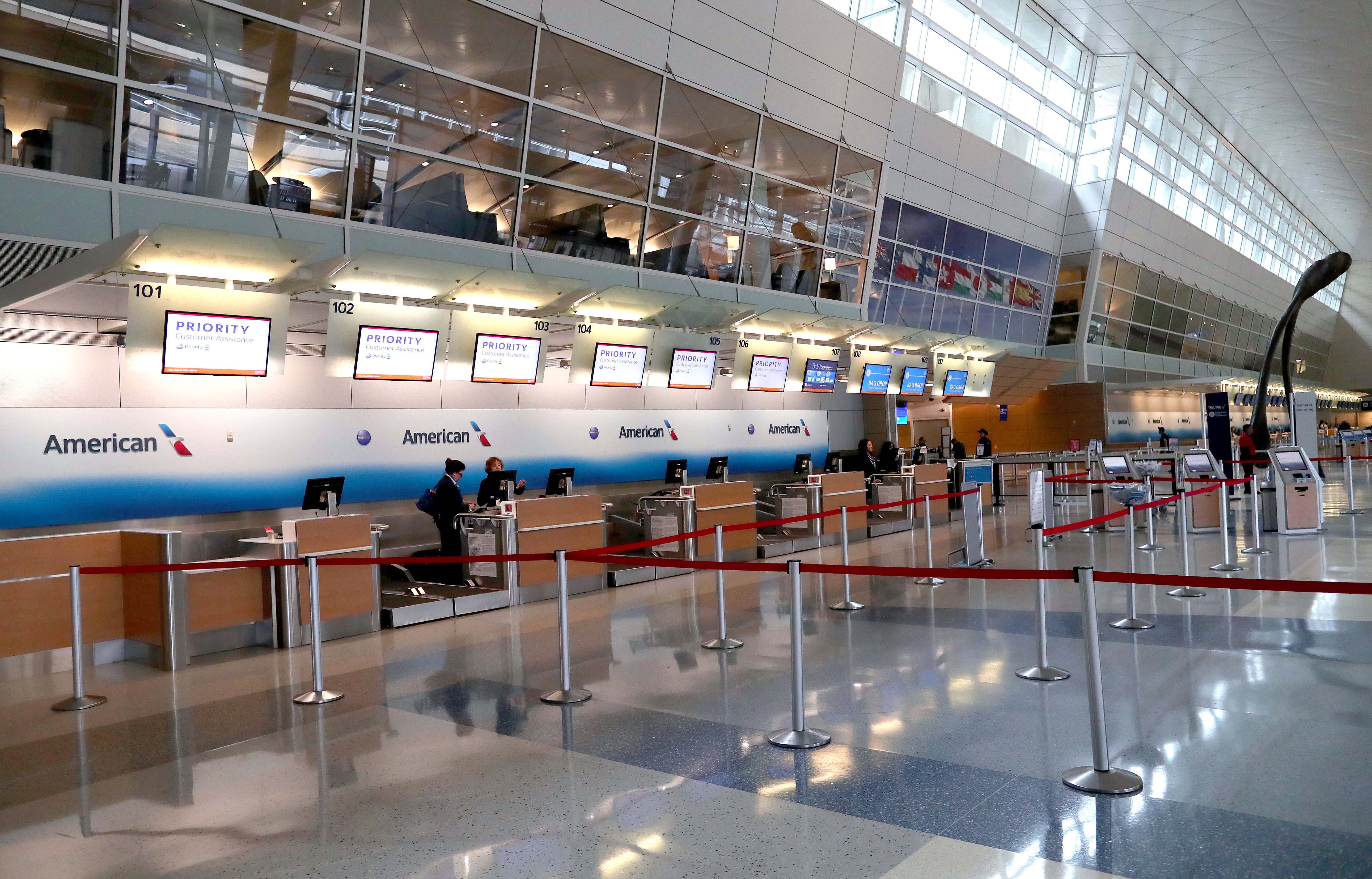 Another wrinkle for the travel industry may emerge as the novel coronavirus, or COVID-19, continues its rapid spread across the country: airline passengers who don’t have proper identification to fly domestically beginning in October.

At least two states have now asked the federal government to delay the enforcement date for when travelers must comply with “Real ID” requirements to get through security checkpoints at U.S. airports. Starting Oct. 1, airline passengers are expected to have a Real ID-compliant driver’s license or acceptable alternative form of identification.

“We’re having to close our centers down in counties where mitigation measures are taking place because of COVID-19, and that’s affecting people’s ability to get Real IDs,” said Alexis Cambell, spokeswoman for the Pennsylvania Department of Transportation, which sent a letter on Friday to the Department of Homeland Security asking for a deadline extension.

A view of an American Airlines ticket counter in Terminal D at Dallas/Fort Worth International Airport (DFW) on March 13, 2020 in Dallas, Texas.

However, the date “has not changed at this time,” an official at Homeland Security told CNBC on Monday.

The COVID-19 pandemic has caused some state and local officials to take drastic steps to contain the pathogen’s spread, including shutting down schools, asking employees to work from home and, in some cases, shutting nonessential businesses. The U.S. has more than 4,100 confirmed cases of the virus, with at least 71 deaths. Globally, there have been more than 179,000 cases and 7,000 deaths.

The impending new Real ID requirement for domestic travel has been in the works for years, arising from a 2005 act passed by Congress. While it’s taken some states longer than others to get systems in place to issue driver’s licenses and other identification that comply with the act’s requirements, adoption by Americans, by and large, has been slow.

In a letter sent by Homeland Security to the House Transportation Committee on Feb. 28 and reviewed by CNBC, the agency notes that of 276 million ID holders, states collectively have issued just 34% — 95 million — Real ID-compliant driver’s licenses and ID cards.

More from Personal Finance:
What the Fed cutting interest rates to zero means for you
Why your tax return may spark interest from the IRS
What to ask yourself before making investment moves

The letter was in response to the committee’s Jan. 24 written request for contingency plans if security checkpoints are overwhelmed by passengers lacking the proper identification when the Oct. 1 deadline arrives.

“DHS maintains that the best way to prevent potential disruptions at screening checkpoints is to increase the traveling public’s awareness of REAL ID enforcement and the REAL ID adoption rate,” the letter states. It makes no mention of COVID-19.

A survey done in September by the U.S. Travel Association showed that of the 60% of respondents who planned to fly in the next two years, fewer that a fifth (18%) were certain they have a state-issued Real ID, which have a star in the upper right-hand corner.

Vaccine mandates for travel are legal in the U.S. — and more are probably coming
Want to raise financially healthy kids? Here’s what to do — and mistakes to avoid
Nearly 10,000 passengers tested negative before flying — here’s how many infections slipped through
These photos show SpaceX’s civilian Inspiration4 crew taking in the view from the massive window in orbit
Financing Stock Option Exercises In Private Companies: Insights From A Top Financial Advisor