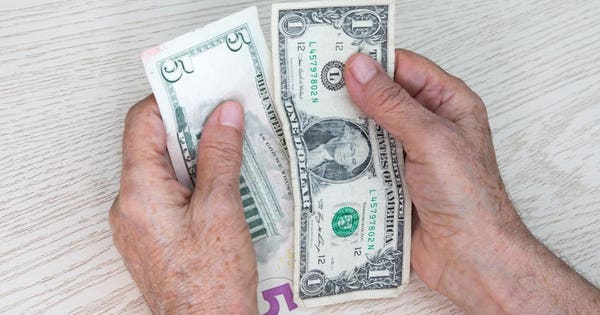 I write to relay two Social Security horror stories with the hope that you can help these people and take steps to prevent similar cases.

The first involves Christopher Carriero, who lives in Georgia (302 Victoria’s Circle St. Mary’s, Ga. 31558). He’s receiving Social Security disability benefits. He has three disks missing in his back, a herniated disk in his neck, scoliosis, a torn rotator cuff, arthritis in both ankles, and essentially no vision in one eye. Yet, Chris, after a long and arduous search, found a job working 29 hours per week to help support himself and his wife — a job that would provide his wife health insurance or what passes for health insurance these days. About two years ago, Chris’ manager was fired and his employer insisted he work an extra 7 hours per week. As a consequence, he earned, without knowing it, more than the monthly amount you can earn and still collect disability. How much did Chris earn above the monthly limit? The amount ranged from $14 too much to $435 too much. In most months, Chris exceeded the limit by about $200.

Chris contacted me because he just received a $21,000 bill from Social Security. The bill reflects their rule that if you earn even $1 too much in a given month, you lose all your disability benefits for that month. This astronomical tax on earning just $1 above the Substantial Gainful Activity amount represents a terrible poverty trap for people like Chris. But it’s one Chris knew nothing about. He complied with his boss’ demand to work more hours. He feared he’d otherwise have been fired. The payback? Social Security is poised to stop paying him his disability benefits for the next 18 months until it recoups the $21,000. Had Chris been informed in a timely manner that he was above the limit and that his prior work had disqualified him for the trial work period, he could, perhaps, have told his employer that he’d work for free if that was what was needed to keep his job. But it took Social Security a year and a half to inform him.

When Chris and I talked, he told me his wife has a medical test she needs to take annually and that its price just rose by $400, that his homeowners insurance just rose by 17 percent, that his property taxes have risen significantly, and the list goes on. If Social Security turns off his disability benefit for the next year and a half, Chris and his wife will literally have to choose between not eating, not paying their mortgage, or not getting needed healthcare due to the high out-of-pocket costs.

Chris has learned his lesson about that disability provisions. He now knows to keep his earnings strictly below the limit. But, Andrew, Chris can’t afford a $21,000 penalty and, for what? For doing something that no one would think was wrong, namely working a few hours more per week to keep his job.

Let me turn next to Teresa Ramseur, who lives in Montgomery Alabama (15023 Hobbie Rd. Ramer, Al. 36069) and has Cerebral Palsy as well as Meniere’s disease. Teresa receives $771 per month in Supplemental Security Income (SSI). That comes to just $26 per day, which means that Teresa is living in extreme poverty. In August, Teresa’s $771 per month was discontinued by your agency. Her benefit won’t be restarted for almost two years — until her loss of benefits totals $14,597. The $14,597 is the amount of benefits that Social Security is telling Teresa she was overpaid. Why does she owe $14,597? Because her bank account supposedly exceeded the SSI asset (resource) limit, which is now $2,000, for some months in the past. As you know, Andrew, you can’t receive SSI in any month if you have even $1 more in assets than the SSI asset limit. Teresa didn’t know about SSI’s asset limit. Moreover, part of the reason she exceeded it was that Social Security paid her in a lump sum for past benefits they had not paid on time. In other months, she exceeded the limit by very small amounts of money, again, because she didn’t know or understand SSI’s draconian asset test.

Andrew, I know you’re a busy guy. But I also know you aren’t going to able to sleep at night with the prospect of literally starving Chris and Teressa to death because they didn’t know that Social Security has such inhumane and counterproductive disincentives to work and save.

Please see what you can do to help Chris and Teressa and the thousands like them. I know you’ll do your best.

One Thing That’s Cheaper Now: Hearing Aids For Aging Parents
‘I never really got better’ — long Covid patients share their struggle with ongoing symptoms and the health-care system
Tax ‘refunds may be smaller in 2023,’ warns IRS. Here’s why
Salesforce stock falls over 5% on earnings and sudden departure of co-CEO Bret Taylor
GOP Plan To Make The TCJA’s Individual Tax Cuts Permanent Would Boost The Debt By More Than $3 Trillion