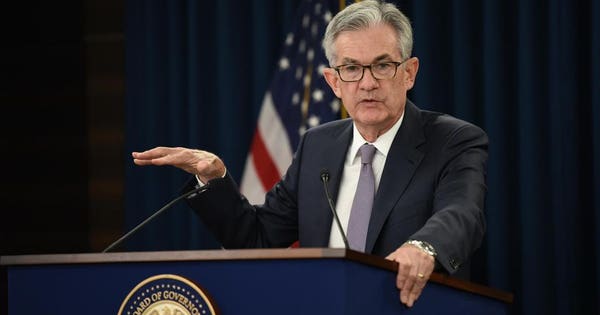 The Fed cut rates 25 basis points last week. Generally, rate drops are positive for the economy, but the market did not seem to be overly excited by the outcome. Wayne Himelsein, one of my top managers, says when it comes to the Fed the old adage buy on the rumor and sell on the news applies.

Ken Kam: I would have thought that a rate cut would be great news for the market, but the reaction was far from extraordinary. While I know you don’t really infuse broader economic variables into your stock-picking process, do you have any wisdom for us on the broader market’s behavior?

Wayne Himelsein: Yes, I definitely do. This is one of those instances that I want to refer to one of the great adages I used to hear floating around the trading desk back in the ’90s when I sat amongst many older and wiser individuals than myself. The quotation of relevance was “buy on rumor, sell on news”.

This idea is far more interesting than one would initially assume, or take from it, at first glance. Let’s jump further in to absorb the extent of what it’s saying. And to be clear, trading desk adages are not necessarily absolute truths, but they are most certainly valuable, as the collective wisdom of deep experience in the capital markets.

Kam: I’ve definitely heard that before, but would love to hear more about it from you; you always have a great way of deconstructing the deeper context. At the same time, I’d love to hear how this idea may influence your stock-picking process?

Himelsein: Thanks Ken, and to that end, I’m excited to elaborate! So, a quick read provides us with the simple, and frequently applicable idea that markets tend to preemptively trade to where the consensus believes the outcome will fall, that is, to expectations.

What this does is to leave us with the worst possible circumstances for the actual results. The most ideal kind of investing is where there is an asymmetric payoff, or more easily understood, where there is more upside to be had, than downside to be lost. This is what we all seek when we search for a “good” investment.

In even simpler terms, we are willing to risk $1 to make $2 but would be quite silly to risk $2 in order to only make $1. To this end, the lean of the asymmetry (i.e. which way the favor tilts), should play a great role in our investment decision.

Kam: That makes perfect sense. And that’s exactly what I look for in a manager, where over the course of time, they make far more than they lose. In fact, whenever my clients look at a single down month of a manager, my comment is always to judge it relative to the magnitude of run ups. So how does this risk/reward tilt play into the bad circumstances?

Himelsein: If we then go back to this idea, that the market is buying on the rumor (in this recent instance, of a rate cut), and will sell on the news, then the news event itself is upside down, providing us with an asymmetric opportunity in the wrong direction.

If the news turns out to be in line with expectations, the market has now more up to go, it just achieved what everyone expected which was very much part of the excitement of buying coming into the event (the “buy on rumor”). But if it the rumor did not pan out, then it disappoints, and the market falls heavy because, at that point, it has missed expectations.

Kam: Wow, I hadn’t thought about it that way; buy on rumor, sell on the news almost guarantees a bad risk/reward trade. But then, by your logic, if the fed had cut 50 basis points, then it would exceed expectations and be great, right?

Himelsein: Great question. And two possible answers; one, yes, that would have exceeded expectations and so possibly have been the driver for the market soaring higher, because, after all, lower cost of capital drives growth. At the same time, the second possibility is that the market might react with concern, as a 50 bps cut signifies real concern on the part of the Fed.

At that point, investors might actually be fearful, thinking “what’s so wrong so as to motivate such a big move?” With that in mind, we very interestingly might get to an almost 50/50 odds of an upside move.

Furthermore, we have to assess the broader context. Given how low rates already are, as well as negative rates already circling around global markets, a significant drop, at this juncture, would start to feel quite concerning to markets. To state the obvious, at some point lowering is a bad thing!

Kam: That is very true, and I share that sentiment. The easy example we all look to is Japan, which has demonstrated decades of a slow economy. Now tell us, given this backdrop, do you do anything different in stock picking? And what do you like here?

Himelsein: Not really. I have mentioned in prior discussions that the macro does not meaningfully influence my individual stock picks, but does play a bit into the sector choices. My prior examples have been to look away from some of the high flying technology names and focus a bit more on core consumer staples or energy, or conceptually, some more of the necessary backbone of the economy.

To that end, I actually want to talk a bit, and re-up, on a stock I talked about on September 1st, namely, Estee Lauder. My reason for selecting this stock to talk further about is specifically to address one of the most powerful lessons in investing; when we decide to buy a stock, we make that same decision every next day we own it. And given this fact, how do we continue to best judge its worthiness?

Kam: I agree with you there, and I recall from prior discussions you’ve focused on whether it upholds to the reason you entered; if so stay, if not, move on. It’s sort of stop-loss based on your well-reasoned entry, is that correct?

Himelsein: Yes, that’s exactly right. So let’s look at that. First and foremost, from a pure price perspective, it’s moved down about 2.5% while the market has gained roughly that amount over the same period, resulting in about a 5% spread. At first look, that’s awful.

But, of course, we dig deeper. For this reason, I’d like to stand on the heels of the wider angle lens I discussed in the September 1st article, and only focus on the last few weeks, thereby honing in on the wide-angle lens.

In the prior article, the latest data point that I addressed was “the big surge upward on August 19th” and how much I liked that new level. It had made a large gap up that day (upon a favorable earnings announcement) and then, per my take, was in a new territory, ready to climb to new heights off this big move.

Kam: I very much recall that discussion. And yet since that time has not necessarily done so. I do see that it made a new high just two weeks later, but then retracted back down. Do you still believe it will do as you thought, that your thesis stands?

Himelsein: I definitely do, and this is why. While it’s down for the month, and while the S&P is up nicely for the month, and since making a new high (if I count right, that’s three strikes against!), it has concurrently shown us something beautiful.

If we look at the low of the infamous August 19th gap and related upwards surge, it was precisely at $191.31. If we then follow it forward this month, infusing all three of our strikes, we see it falling two weeks ago after the new high but then starting to form a firm base this last week.

And not just any base, but quite specifically, the lowest close on the month was at exactly $191.34 on Tuesday, and then the next day, $192.02, then $192.92, and finally on Friday, $191.91. Amazingly, not once did it crack our beloved gap bottom of $191.31. We certainly came within 3 entire cents but held strong and continued base building. This screams buyers at this level.

The bigger kicker takes us all the way back, full circle, to our earlier discussion on the beauty of an asymmetric trade, where the odds are greatly in one’s favor. Estee Lauder is at that point! One can either buy more here, or hold what you already own, and participate in many months or years of future gain, but if it breaks by just a dollar, get out and move on (although an interesting buy again if it should move further down into the mid $170’s). And there you have it, maintaining its level, honoring our prior thesis, and offering us a highly favorable risk/reward right here, right now.

44% of Americans work a side hustle to make ends meet — but it may not be an efficient way to earn more, says expert
President Biden calls on Congress to suspend the federal gas tax for 90 days
Wall Street layoffs likely ahead as two-year hiring boom turns to bust
Tax Information Reporting On Digital Assets Steps Into The Spotlight
This is what women must do to overcome the retirement savings shortfall, says a financial pro