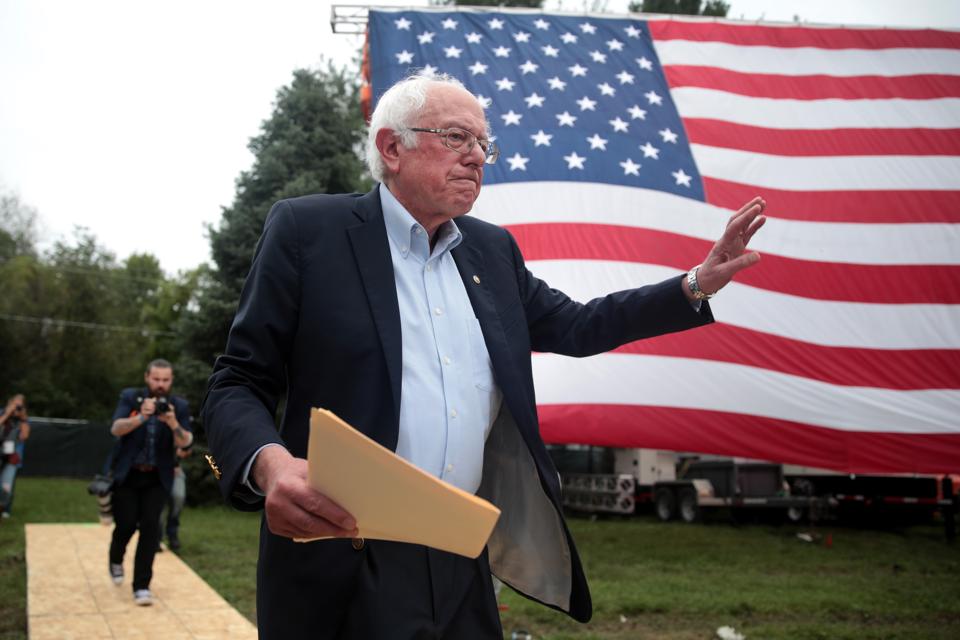 Topline: Senator Bernie Sanders, not looking to be outdone by progressive rival Elizabeth Warren, just released his own plan for a wealth tax on the richest Americans—one that’s far more aggressive than any yet proposed by Democratic presidential candidates.

Surprising fact: Amazon founder Jeff Bezos’ net worth, which was $160 billion last year according to Forbes, would fall to $87 billion under Warren’s tax and $43 billion under Sanders’ tax, The New York Times calculated. Overall, Saez and Zucman estimated that the $943 billion cumulative wealth of the 15 richest Americans last year would be reduced to $434 billion under the Warren plan and $196 billion under the Sanders plan.

What to watch for: With the release of his plan, Sanders is likely trying to remind voters that he is the true 2020 progressive candidate, setting up a possible showdown with Warren (although the two have so far refused to criticize each other). Sanders’ proposal could send a signal to Democrats that he’s willing to take progressive policy further, as his tax plan would apply to a larger number of households and raise more money.

Tangent: It’s important to remember that a wealth tax does not directly apply to income, but rather to what people already own, such as stocks or land.

A new ETF investing in disaster relief launches in time for hurricane season
Despite Slowdown In Housing Market, These 10 Cities Have Seen The Biggest Price Growth From 2021 To 2022
Op-ed: This ‘unfamiliar’ type of bond fund may offer opportunities for fixed-income investors
Private Equity, Crypto Allowed In 401ks—Lottery Tickets Coming Soon?
‘Minions: The Rise of Gru’ tops $108 million as parents flock back to cinemas, kids in tow