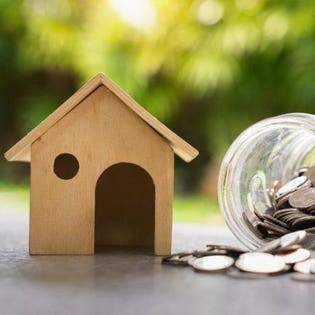 Recently, California’s State Assembly passed a statewide rent control bill for all apartment units built more than 15 years ago. The Tenant Protection Act of 2019 (AB 1482) is, as of this writing, expected to be signed into law by Governor Gavin Newsom and will place a cap on annual rental increases of 5% plus the change in the cost of living, or 10%, whichever is lower. It also provides just cause eviction protections to tenants, meaning that landlords cannot decide to terminate a tenancy at the end of one’s lease without reason (i.e., just cause). Those reasons could be non-payment of rent, criminal activity on the property or the owner desiring to substantially remodel the unit or property.

Previously, rental ordinances that established rent caps and restrictions on a landlord’s ability to remove a tenant were limited to cities such as San Francisco, Berkeley, Oakland, Santa Monica and Los Angeles, to name a few. Those communities all have stricter rental restrictions than the new bill, but only for properties generally built in 1978 or earlier.

The real impact of AB 1482 will be seen in how the investment community perceives the risk in owning properties built between 1979 and 2004 and in communities where rent control was never on the radar. Institutional owners have largely avoided rent-controlled properties in California with some notable exceptions. In 2008 when Lehman folded and the economy fell into recession, the debt on large pools of rent-controlled properties in San Francisco was in default and many institutional private equity funds swooped in to take control of assets they would’ve otherwise avoided. Institutional investors don’t want to be in the news for any missteps adhering to the letter of a rental ordinance, unless the financial incentive is so great. Now, these same groups find themselves in a new predicament as they will become owners of rent-controlled properties and their property management companies will need to learn how to navigate this process.

While the threats of new apartment investment and development grinding to a halt are unfounded, the uncertainty surrounding the new law may create short-term volatility. Fewer investors may be interested in California apartment properties as a result of the law, causing a potential dip in pricing. Owners may also be more diligent about keeping their properties at market rents so that their value doesn’t suffer when it comes time to sell, to the detriment of their tenant base. Some long-term owners who have experienced California’s explosive growth haven’t felt the need to keep every unit at market rents. The investment market was so liquid that investors would value a property with significantly below-market rents as if it were at market rates. Now, however, that strategy becomes a liability and the value of that type of property will decline since investors can’t bring every unit to market in a short amount of time.

Aside from the near-term shock to the California apartment investment market, owners are worried about the slippery slope that legislation like this could create. For example, San Jose, California had a rental ordinance where landlords could increase rent 8% in a 12-month period (and up to 21% in a 24-month period) and pass-through a portion of capital improvements to tenants in addition to a rent increase. That was reduced to 5% in May 2016, and many of the pass-throughs were eliminated. Owners in San Jose are rightly worried about further reductions in the allowable rent increase as affordability continues to be a concern in the Bay Area. The same anxiety is now seen in the entire state as owners are likely fearful that the 5% statewide allowable increase will get reduced even further, set to inflation (i.e., consumer price index), or even be as draconian as San Francisco where increases are limited to 60% of CPI.

While the implementation of the new law is months away, the impact on the investment market will be seen today. Just as trade fears with China have caused the stock market to whipsaw during 2019, the uncertainty around how the new Tenant Protection Act will affect the California apartment market will cause valuations to be more volatile and investors to take a step back. A structural change for apartment owners is just beginning.

To prepare for this change, California apartment owners who haven’t already started looking for investments in Arizona or Texas can take a deep breath. In the short term, the allowable increase is still large enough for most owners to not worry about the economics of their property, especially given that we’re late into a long economic cycle. As long as a new owner can achieve market rents in a reasonable amount of time, there shouldn’t be much change in valuations. However, long-term owners who have artificially kept rents low because they’ve experienced a significant increase in value over time will now want to pass-through the maximum allowable increase and begin a renovation program on any vacant unit. Because not all owners operate with the same goals in mind, valuations will run the gamut.

In my experience, our firm saw values of apartment properties fall in Mountain View, California after it enacted its own rent control in 2016. That presented a buying opportunity, and we were finally able to enter that market. Since we already own and operate in this environment, we were able to cut through the ambiguity associated with the political changes. Owners who find themselves in a new rent control quandary would be well-served to remain patient, maximize the rent of their units when allowed and start assembling a team of service providers with experience in this arena. Although it may take some time for the market to determine values and how best to operate, plenty of owners have found ways to remain successful within the confines of rent control.

A Conversation With Designer Katie Kime
3 key things to know before opening a home equity line of credit
Tax Cheats, Dodgers, Avoiders, And Evaders
Interior Designer Jennifer Hunter Talks About Traditional Design And Her Career
2022 was the ‘real year of the Great Resignation,’ says economist