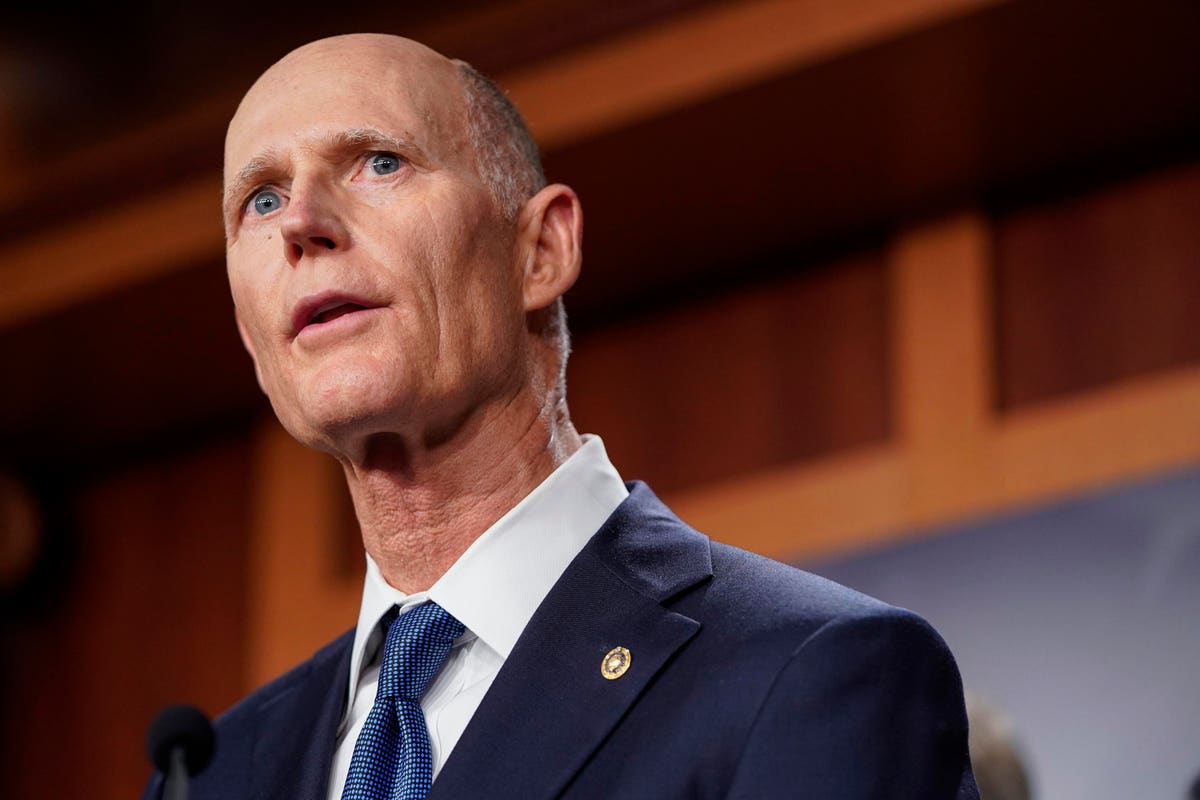 Senator Rick Scott (R-FL), who last February proposed taxing millions of low-income households that currently pay no income tax, has released a new version that largely walks back those tax hikes. But while its details are even murkier than his original, Scott still may be looking to hike taxes on many of those same households. He just won’t quite say it.

Scott’s Rescue America 2.0, which addresses 11 areas of government policy, now says this about taxes: “Able bodied Americans under 60, who do not have young children or incapacitated dependents, should work. We need them pulling the wagon and paying taxes, not sitting at home taking money from the government. Currently, far too many Americans who can work are living off of the hard work of others, and have no ‘skin in the game’. Government must never again incentivize people to not work by paying them more to stay home.”

It is not possible to know what he means by “incentivize people to not work.” He may be talking about refundable tax credits, direct cash assistance, or both. But most federal assistance programs for low-income people already come with work requirements.

Elsewhere in the plan, he says, “This plan cuts taxes. Nothing in this plan has ever, or will ever, advocate or propose, any tax increases, at all.” And he promises to make the 2017 Tax Cuts and Jobs Act (TCJA) permanent and require a congressional supermajority to raise any future taxes.

To add to the confusion, Scott showed the Wall Street Journal (paywall) a video he did to accompany the plan. While that video is not yet available on his website, the Journal quoted this: “What I was trying to say is that every American needs to pull their weight, every able-bodied American who can work should work so that we’re all in this together. As we all know, men and women who wear hard hats and steel-toed shoes already pay more than their fair share.”

Before we look at taxation of those hard-hats, here is the backstory: Scott initially proposed everyone in the US should pay some federal income tax. Since about 40 percent of US household currently do not owe federal income tax—mostly because they don’t make enough money—Scott effectively would have raised taxes on about 75 million households. Of course, nearly all of them already pay some other taxes, such as payroll or sales.

Since Scott never had a specific plan, the Tax Policy Center analyzed a proposal that might be consistent with what he was talking about last winter. TPC concluded it would raise taxes by about $100 billion, and 80 percent of the burden would fall on low- and moderate-income households. The average tax increase for households making about $27,000 or less: About $900.

Democrats were gleeful. Fellow Republicans were less than pleased that the chair of their Senate campaign committee was proposing a way-off-brand tax hike for 75 million households.

Scott stated to backtrack. In a succession of interviews and tweets, he insisted he never proposed a tax hike, though taxing someone who currently pays no income tax sure does sound like a tax increase. Then, he said his idea would exempt retirees and others. He said only people who can work but don’t would pay his tax. He never explained how the IRS would make such a determination.

But Scott never changed his plan. Until now.

What would 2.0 mean for “men and women who wear hard hats and steel-toed shoes?”

We don’t know exactly who Scott is talking about. But according to the Bureau of Labor Statistics, the median wage for “construction workers and helpers” was about $37,500 last year.

To keep it simple, imagine an unmarried construction worker who takes the standard deduction of $12,950 this year, leaving taxable income of roughly $24,500. That puts this worker squarely in the 12 percent tax bracket. Her federal income tax would be roughly $2,800 and her effective tax rate would be about 7.5 percent.

That assumes she doesn’t have any children. If she is unmarried with a child, her standard deduction is $19,400, her taxable income is about $18,000, and her federal income tax would be about $1,900. But that’s before the Child Tax Credit (CTC). Add that in, and she’d become one of those non-payers Scott worries so much about. Even though she wears a hard-hat and steeled-toed boots.

Seems like she wouldn’t, especially since Scott says he’d make the TCJA permanent, including its $2,000 child credit. But where does that leave “pulling the wagon and paying taxes?”

Then there is the matter of what “fair share” means. Public opinion surveys consistently show that a majority of taxpayers generally believe they do pay their fair share in taxes. They also, however, believe the wealthy and corporations are undertaxed.

A cardinal rule of politics is: When you are in a hole, first thing you do is stop digging. Somebody needs to take Senator Scott’s shovel away from him.

America’s richest self-made woman grew up on a dairy farm—now she has a net worth of $11.6 billion
Inflation and rising interest rates have stressed the 60/40 investment portfolio strategy — ‘but it’s not dead,’ says financial advisor
Kevin O’Leary reveals 1 important lesson that every young trader needs to learn
Polestar becomes latest electric vehicle maker to go public via SPAC merger
U.S. FCC commissioner wants Apple and Google to remove TikTok from their app stores