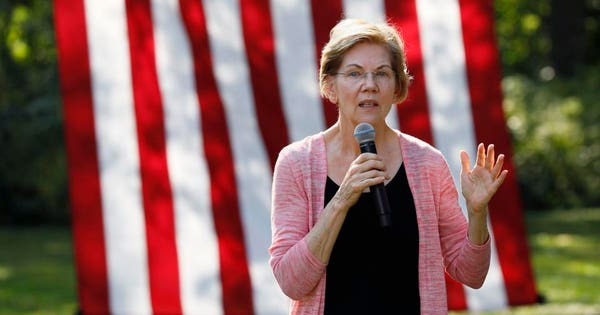 BlueMountain Capital Management, H.I.G. Capital, American Securities, Apax Partners, and Platinum Equity received a letter from Senator Elizabeth Warren (D-MA) and Representatives Mark Pocan (D-WI), and Alexandria Ocasio-Cortez (D-NY) asking them to provide disclosure documents and information required in Sections 501 and 503 of the Stop Wall Street Looting Act. Additionally, the legislators asked the private equity firms to explain their role in the consolidation and deterioration of the prison services industry. Their response is due by October 14, 2019.

I salute these legislators’ efforts. In July, I wrote that Private Equity Should Stop Profiting From Immigration Detention Centers And Private Prisons.  Unfortunately the letter sent out today did not include private equity firm DC Capital Partners, led by Thomas Campbell, which owns an investment in military and youth detention center conglomerate, Caliburn International Corporation.

BlueMountain Capital Management, H.I.G. Capital, American Securities, Apax Partners, and Platinum Equity own companies that provide a wide range of services to prisons, “including health care, food service, and telephone services.” The companies are responsible for providing medical, food, and phone services to prisons, jails, and detention facilities housing which house over two million incarcerated people across the U.S.  All too often these companies deliver low-quality services “to incarcerated individuals and their families at exorbitant cost, collecting over $40 billion in taxpayer funds annually and much more from the loved ones of incarcerated individuals.”  These private equity firms are complicit with companies that “deliver poor quality food and services at exorbitant prices.”

The legislators wrote the private equity firms that “The United States’ criminal justice system, driven by a misguided ‘tough on crime’ approach that disproportionately targets Black and Latinx Americans, has allowed private prisons and companies providing support services to correctional facilities to rake in billions of dollars at the expense of incarcerated individuals, detainees, their families, and taxpayers for decades.”  They also stated that “Private equity-owned prison support services use their market power to make millions of dollars off those who are incarcerated, their families, and their communities — often while providing subpar products and services.”

Senator Warren has been a tireless critic of private equity abuses that adversely impact students, workers, communities, and investors. According to Warren’s office, she is working with several Democratic legislators on the following investigations and inquiries:

Private equity firms profit enormously not only from incarcerated people, but also from us, the taxpayers, whose taxes go to fund prisons and detention centers. The return on investment would be far higher if our taxes were used to improve education from pre-school to post-secondary school vocational training and college, as well as improving healthcare and infrastructure. It is important to remember that U.S. taxpayers already subsidize private equity firms enormously because they get to deduct interest on all the debt that they issue. Additionally, partners in private equity firms benefit from carried interest, which means they pay significantly less in taxes than other Americans, including their own employees.  Several years ago, in June 2015, Warren was an original co-sponsor of the Carried Interest Fairness Act, legislation to close the carried interest loophole that allowed private equity fund managers to pay lower taxes. Subsequently, that legislation was re-introduced in March 2019 and is included in the Stop Wall Street Looting Act.