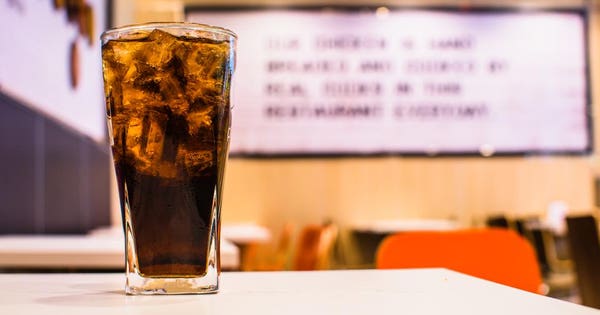 Pepsi’s stock is on the mend this year, beating Coke and major market averages by a big margin in the last twelve months.

That’s a big difference from previous years when Pepsi underperformed the major market averages, though it still beat Coke.

Pepsi’s vs Coke, And SPY YTD

The new mix of products addresses the preferences of a new generation of consumers concerned about the health consequences of sugar.

That’s an area where Pepsi has been losing sales to upstart companies.

But the company’s new products seem to be changing things.

In its most recent financial report, for instance, Pepsi experienced strong growth in the “zero” (sugar) line of products.

“Pepsi’s latest report provided additional evidence that its sales momentum is backed by a strong demand revival and the success of the company’s product mix which includes popular brands such as Frito-Lay, Tostitos and Ruffles brand chips,” says Haris Anwar, analyst at financial markets platform Investing.com. “One big success in the past quarter was Gatorade Zero which has surpassed half a billion dollars of retail sales since it was launched in May.”

The addition of sugarless drinks is part of Pepsi’s new strategy under chief executive Ramon Laguarta.

And the strong company performance in this area seems to be confirmation that new chief executive, Ramon Laguarta has a winning strategy to meet consumers’ changing preferences, says Anwar. “He is ramping up investments in advertising, technology and supply chains to win consumers who are turning away from sugary soda drinks and want more choices.“

But there are a couple of other factors that have helped the two companies turn things around. Like state of art distribution and logistics—the two most important advantages Pepsi has developed overtime.

Its products are in almost every supermarket store around the world. They can also be purchased from vending machines conveniently placed in shopping malls, schools, office complexes, and community centers.

Then there’s scale and scope, as the company has been growing both externally and internally, adding products that can be sold through their distribution channels.

That’s how Pepsi has $65 billion in sales, twice as much as Coke.

And there’s branding buzz, fueled by big advertising dollars the company pays in social media and mass media to keep the hype for its product alive.

Scale scope and branding have allowed Pepsi to command hefty operating margins, though lower than Coke’.

The bottom line: Pepsi is undergoing a “creative destruction.” It’s leveraging its traditional competitive advantages to address the shift in consumer preferences.

And it’s winning both on Main Street and Wall Street.