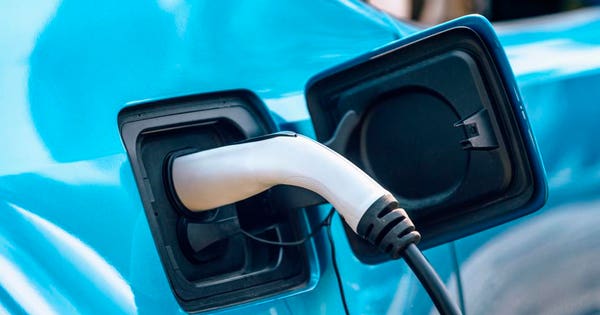 It may seem unlikely now, but cars and trucks are about to get electrified in a big way.

It’s an opportunity for investors to get ahead of the curve.

The move to electric has been in the works for a long time. Elon Musk forced automakers back to their drawing boards when Tesla proved that electric vehicles could be fun to drive, sporty and environmentally friendly.

The Model S was a kick in the pants for the auto business. Tesla pulled ahead of the pack in style, functionality and appeal to the upscale set. But Musk & Co. are about to find some serious competitors in its lane.

Now, shot-callers in Germany, Japan and Detroit are carefully laying the groundwork for the mass production of their own electric vehicles (EVs).

But they don’t (just) want to make more-affordable EVs. Tesla already did that with its Model 3. Instead, they’re teasing their customers with what comes next.

EVs: The Greener, the Better

The message is clear: The carmakers are looking for a single national emission standard. The greener, the better.

Earlier in this year, VW CEO Herbert Diess openly admitted that the German automaker was responsible for 2% of global CO2 emissions. Jonas’ back-of-the-envelope math put that figure at 12 metric tons of CO2 spewing into the atmosphere every second.

For the record, Diess claims VW, the world’s largest automaker, is intent on reducing future emissions to zero.

VW announced in November 2018, that it would spend $12.5 billion getting its plants ready to produce 15 million electric cars by 2023.

BMW shelved its golf cart-like i3 in favor of an all-electric performance sedan. The new i4 will blast from 0-60 mph in a heart-stopping four seconds, according to Car and Driver.

And the pipeline is full of EV competitors from Audi, Mercedes, Porsche, Aston Martin and this beauty from Ferrari.

And more recently, Ford began touting the towing capacity of an all-electric prototype F-150 pickup truck. Tinkering with the F-150 is rare. The Super Duty truck lineup is the best-selling brand in America, and buyers are fiercely loyal.

In 2018, the trucks were responsible for 90% of Ford’s global profits, according to a May 2018 story at Fox Business.

The electric F-150 is the star of a new promotional video from Ford. The company invited five F-150 owners to a railyard. Product managers then hitched the EV to 10 double-decker railcars weighing one million pounds and began pulling. Then they loaded 42 F-150s into the railcars and did it again.

Road and Track, a motoring enthusiast magazine, was quick to point out the stunt was a lot easier than it looked.

R&T explained the steel wheels of the train, coupled with the steel rails made it a rolling resistance coefficients math exercise. But that misses the point.

Ford’s willingness to tamper with its prized jewel shows managers understand they need a new product cycle. And it’s electrification.

Electrification is coming … and it means a sea change of opportunity for investors.

It means new systems and processes. It means a new category of component winners with built in competitive advantages and plenty of runway.

The Connecticut company completed the acquisition of SSI last year to broaden its portfolio to high-tech sensor systems, including ultrasonic level systems used widely across the automotive and industrial sectors.

In the interim, Amphenol has also become a leading player in the military, commercial aerospace, mobile, broadband and data communications markets, too.

And all those businesses are booming.

The company reported last week that second-quarter sales reached $2.015 billion, rising 2.8% from the previous quarter. Operating margins were 19.8% during the quarter, and free cash flow was $322 million.

Given the bright prospects for new markets such as EVs, growth investors can consider buying Amphenol shares into market weakness over the summer.

27 Best Valentine’s Day Gifts For The Home In 2023
This Is How To Save Social Security And Medicare
Stocks making the biggest moves midday: American Express, Intel, Silvergate Capital and more
5 Ways the SECURE Act 2.0 Can Boost Your Retirement Savings
Charitable Gift Annuity Planning Opportunities Under Rising Interest Rates