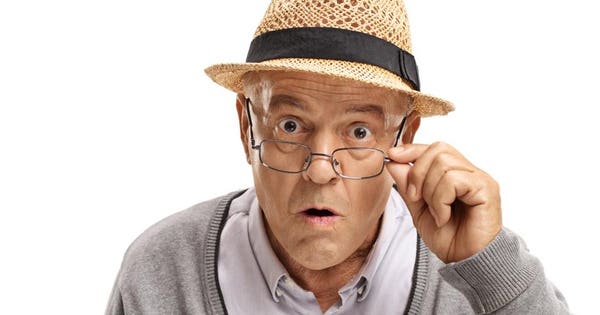 Today we’re going to dive into some of the proven indicators I use every day to forecast what’s next for the economy.

Then I’ll name an off-the-radar fund holding some of the best-known growth stocks in the US. It pays an 8% dividend and is set to gain as the economy does something too few people (and especially the media) expect it to—keep growing!

More on all of this in a moment. First, to really make the most of the opportunity we’re getting today, you need to be able to do what most people can’t—buy when everyone else is panicking.

But of course, this is tough to do—and that’s why a lot of individual investors end up losing money, despite the fact that stocks have gone up 8%, on average, every year for the last half-century.

It’s even tougher with the media fanning the flames, actually encouraging us to sell with headlines like: “Is it time to sell before we hit bottom?” or “Wake Up: Stocks Are in a Bear Market, so Sell Something.”

Sure, it’s hard to train your mind to tune out the noise. Which is why, at my CEF Insider service, my team and I ignore emotion and let hard data be our guide, like the points we’re going to dive into next.

The first point is simply the rhythm of the market: stocks typically rise sharply after the market falls off a cliff, just as they did in 2019. But there are other, more important indicators. If you rewind back to late 2018, for example, the data clearly showed that despite the noise, consumers were spending more, joblessness was falling and companies’ revenues were still climbing.

And we hardly heard a thing about it in the news!

That’s why I wrote, in the depths of the bear market at the end of November last year, that “Despite the panicky headlines, remember that American growth remains strong,” and that was a reason to buy, even as many in the media were saying the opposite.

My Latest Research Says to Do This Now …

Fast-forward to today and you might be asking yourself how the recession hawks can possibly be wrong: after all, the year isn’t over and the US budget deficit is $1 trillion. The Fed is cutting interest rates to stop the economy from slowing, and corporate earnings fell in the first two quarters of 2019.

Again, the answer is to look just a little bit past the headline numbers.

Here’s what my latest research is telling me: the private sector is doing well, and the average American is doing better, which points to a solid opportunity for us to buy—especially if we focus on 8%-yielding closed-end funds (CEFs) that hold America’s best stocks, like the one I’ll reveal shortly.

To understand what I mean, let’s look at a few critical pieces of information the media always overlooks.

Such as this: on average, incomes are rising 3.1% in the US, while inflation is 1.7%. So right there you can see that Americans are getting richer on a real basis, giving them more cash to spend and save. As a result, we’ve seen household net worth rise.

In other words, the average American owes 11.6 cents for every dollar of assets they own—far from the scary headlines we’re used to! In fact, indebtedness is at a historic low, thanks to a lot of saving and wealth-building in the last decade.

And we aren’t just seeing Americans’ wealth rising—their disposable incomes are growing, too.

It’s important that we look at disposable income specifically, because this is after all of the big costs, such as student loans, mortgages and so on—in other words, the money consumers can choose to spend or save. And that number has grown at a 4.4% annualized rate over the last three years—faster than inflation—and, as you can see, the trend isn’t slowing down.

Business cycles can’t last forever, so how can you know when a recession is coming?

As soon as American households’ wealth stops growing and incomes start declining, you know trouble is ahead, so that’s the first place to look (and again, I’ll keep a close eye on these economic vital signs and let you know how to adjust in CEF Insider).

Right now? All the indicators I watch are showing green. And yes, I’ve shaken out a CEF for you that’s perfect for taking advantage.

That would be the Liberty All-Star Growth Fund (ASG), which holds consumer-focused growth stocks like Visa (V), the Walt Disney Company (DIS), Nike (NKE), and TJX Companies (TJX), as well as the companies that support retail-focused efforts like Autodesk (ADSK), Salesforce.com (CRM), and Intuit (INTU).

ASG also diversifies even further by focusing on companies of different sizes, with individual managers focusing on small-, medium- and large cap stocks. That approach has been paying off over the last decade, helping ASG deliver a total return that easily tops that of the market!

Plus, with an 8% dividend yield, ASG beats any index fund’s payout, with an income stream you can rely on, since ASG has doubled its dividend in the last decade.

How electric air taxis could shake up the airline industry in the next decade
UK health officials warn parents to be alert after 6 child deaths linked to Strep A infections
Top Wall Street analysts bet on these stocks to brace for a sharp downturn
‘This is a crisis.’ Why more workers need access to retirement savings
CrowdStrike shares tumble on weaker-than-expected growth in new revenue