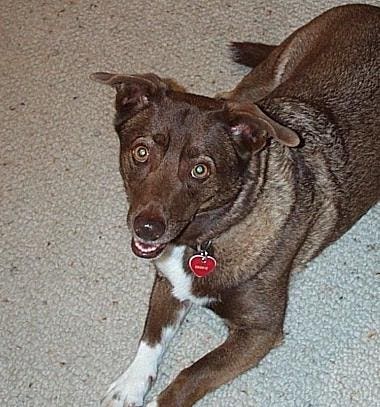 You can hear profound statements in the most unlikely places.

A few years ago, when I was 61 or so, I was in a water aerobics class here in Mexico. One of my classmates was a woman a good bit older than me who told me that after building her dream home with her husband just two years ago they were selling it because, now that they were older, they realized that the house was “too much” for them. She then paused a beat, and with a tone that could best be described as equal parts intensity mixed with regret, she looked at me straight in my eyes, and said:

“We waited too long.”

This was so sad, so simple, and so meaningful that I had nothing to say.

After a few seconds, she looked at me again and repeated her unforgiving reality:

“We waited too long.”

A few years earlier, when I was in my mid-50’s I was interviewing Mike Cobb, who is an expert in living abroad. I asked him, “What is the thing people most often say to you about moving abroad?”

Mike’s answer was unequivocal, and it was immediate.

“The thing they most often say is ‘I wish I had done it sooner.’”

Of course, this isn’t true for everyone, but it is true for lots of people, most likely, the majority.

Jump forward to the present. As I’ve written before, Mexico has been very good for my wife and me. Our lifestyle here in Mexico is much better here than it would be if we had stayed in the United States. As part of that lifestyle upgrade, we were looking for real estate.

“We should look for a one-story home,” my wife told me.

I had absolutely no idea why she would say such a thing, so I asked her.

“Because we’re getting older and in a few years, we may not want to or be able to go up and down stairs.”

What in the world was she talking about?

We are fortunate to both be in extremely good health, so nothing like being worried about something so pedestrian and easy as going up stairs had ever occurred to me. She explained, “We are now in our mid-60’s so in 20 years (not an incredibly long time to consider living in a home) we will be in our mid-80’s.”

How many couples do you know in their mid-80’s where both of them would be happy going up and down stairs?

A phrase from a poem by John Greenleaf Whittier came to mind: “For all the sad words of tongue or pen, the saddest are these: It might have been.” I thought again of that woman I met in the pool.

As we get older, every day is more of a gift, because as each day passes, we are closer to the day that we can’t get up the stairs.

Maybe that’s why many older people are more impatient: they just don’t have as much time left for things that don’t really matter.

And they know it.

They know it because things they used to be able to do, they can’t do any longer.

About eight years ago, I was playing basketball when my Achilles tendon ripped. The moment before it ripped, I could play basketball. The moment after, I could not, and would not be able to any longer. No more basketball. It was over in an instant, and without warning. Did I play enough basketball in my life to be satisfied with the amount I had played? My Achillies tendon did not know, and my Achillies tendon did not care. I had played my final minute, whether I had sufficiently enjoyed my previously intact Achilles tendon or not. For me, basketball was over.

The same is true for every aspect of life, including the older woman’s ability to enjoy the dream home she and her husband had waited to build: at some point, it’s over. We just don’t know when. But we do know this: that point is sooner today than it was yesterday.

Among the many gifts that dogs give us, if we’re paying attention, is the gift of seeing the expanse of their lives within little more than a decade. On average, dogs live about one-seventh as long as we do, so we can be playing with a little puppy one year, and then, when we have barely perceived a change in our own lives, 12 years later, we can be witnessing the decline of an older dog.

The other day, I took our dogs to the beach to play with some tennis balls, something I hadn’t done for a few years. One of our dogs has been with me for about 13 years. In her younger days, she was a great athlete, able to catch the ball at almost any angle, in the air, over her shoulder, etc. Back then, I delighted in her exploits, hour after hour, and she clearly was delighted to play. One of the other dogs with me that other day was one we just rescued, who is about two years old. As I threw the ball to the younger one, she was fantastic and joyful, just like the younger one used to be.

But the older one was like that no more.

As I threw the ball to the older one, she tried and she wanted to play and she did OK for her age, but many times, she wasn’t able to see the ball well, or got confused, and a few times, just let the ball bounce in front of her, where the younger one would scoop it up.

The contrast was so stark, it set me back. I had been witness to the entire athletic career and almost the entire life of another being and now, her decline was obvious. In her youth, she and I had many, many, wonderful experiences together playing with the ball, going on long hikes in the mountains, etc. But now, like me and basketball, for her, this part of her life was essentially over. It goes exactly the same for us humans as with dogs; just slower. My dog went from puppy to senior in about 13 years. For me, it took around fifty.

I have a daughter in her late 20s who has a dog she loves dearly that has been with her for 12 years. In a phone conversation last night, my daughter told me that her dog was experiencing the typical symptoms of old age that any of us who have had a dog towards their later years understands. When my 20-something daughter sees her dog in her dog’s more advanced state, does my daughter understand that, one day, even though it is many years in the future, my daughter will be in essentially the same situation as her dog? And if she does realize this, how will it order her life for the better, now, when it’s not too late? What decisions will she make differently as a result of this object lesson provided by her dog?

Will she act to find a better life, or will she be like the woman in the pool, and wait too long?

Will she have regrets?

What will you do?

Will you have regrets?

As the owner of Best Mexico Movers, I get to know a lot of people who move to Mexico. And most of our clients are older than me. Like the woman in my aerobics class, did they wait too long? Did they put things off for just the right moment and then find out that that moment did not come coupled with their ability to fully enjoy it? The answer is, for many of them, unfortunately, that they have.

It was Mark Twain who said: Twenty years from now you will be more disappointed by the things you didn’t do than by the ones you did. So throw off the bowlines. Sail away from the safe harbor. Catch the trade winds in your sails. Explore. Dream. Discover.”

Mark Twain was brilliant. Like those people Mike Cobb referred to, my biggest regret about moving to Mexico was that we did not do it sooner.

As many people have said, “Tomorrow is promised to no one.” Neither is your good health, or the ability to go up and down stairs a lot in the home of your dreams.

Let’s all be like Frank Sinatra, in Paul Anka’s song “My Way”:

“Regrets, I’ve had a few, but then again, too few to mention.”

The woman in the pool, my grandfather, Mike Cobb’s expats, Paul Anka / Frank Sinatra, and, by example, my dog, all had it right, but at different times in their lives. I implore you to get it right early on.

Regrets, just have a few.

If you’re thinking about moving abroad or for that matter, building your dream home or playing with your dog, don’t wait. There is no time like the present.

Party Time! What Slice Of Hot Pizza Is Like Your Retirement?
Sixth Circuit Rules Low Income Housing Tax Credit Refusal Rights Are Special
Dick’s shares rally despite lower forecast; company says outdoor hobbies will outlast pandemic
Here’s the best way to use a health savings account, which offers a triple-tax advantage
A market bottom is an elusive target. These are the moves Merrill advises clients to make now