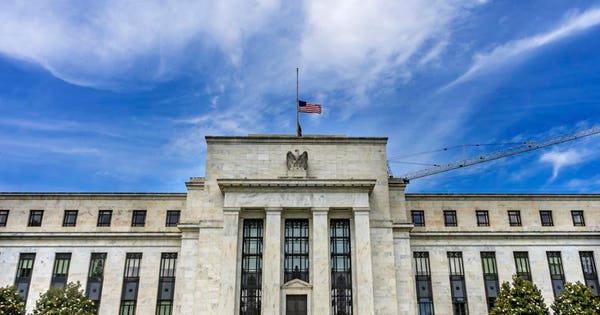 I find it surreal that someone has to tell the president of the United States that hard working, dedicated, and smart officials of America’s central bank, the Federal Reserve Bank, are not boneheads. Yet, this is the current sad and distracting state of affairs to which we have descended. Because all human beings have biases, I believe that it is important that I disclose that I am lucky to have started my career at the Federal Reserve Bank of New York in what was known as the foreign exchange group.  That group was and is not involved in matters of monetary policy. I will also disclose that in many of my training assignments since 2008, I have met hundreds of Federal Reserve bank examiners, rule writers, modelers, and analysts from all of the Fed districts; they too are not involved in monetary policy. With this disclosure, here are a few of my observations.

Given Trump’s interminable list of reported vulgar, misogynist, ethnocentric, and racist comments, it would be tempting to simply sigh in relief that his linguistic limitations had him only hurl puerile insults at Federal Reserve officials. The problem is that Trump is no longer just playing a second-rate blowhard actor on television. He is also the president of the United States, a country which is still the greatest economic power and leader of the free world. Millions around the world still look up to our country, despite the Trump administration’s best efforts to make us look like a corrupt, conflict ridden underdeveloped country.

As it is, so many pundits, especially on social media, have in the last few years almost made it a sport to tell Federal Reserve officials what to do and/or to constantly criticize them. In a democracy like ours, it is acceptable and should be very much encouraged for us to exercise our right to free speech. Yet to really make progress in influencing monetary policy makers, it would be best to critique them in respectful, professional language. Facts and data are highly encouraged. Trump’s petulant behavior signals dangerously to his supporters that facts and data are irrelevant and that denigrating people is acceptable. It is not!

Importantly, Trump is contradicting himself. He repeatedly states that the economy is great, although presently GDP barely reached 2%.  If our economy is performing brilliantly, then he should have learned at economic classes at The Wharton School that there is no need to lower rates to stimulate a healthy and growing economy, because such an action would actually cause it to overheat.  As voters we should query whether he is ignorant of the reasons to raise or lower rates or whether he is lying to us about the great state of the economy. If the economy is not doing well, then he should inform us immediately so that we can prepare for a downturn.

Trump and the Republican party devoted considerable energy to tax reform which has provided very little benefit if any to Americans. As I wrote this spring, even company executives have mostly seen short lived benefits from the tax reform. Trump’s administration has failed at utilizing fiscal policy tools, such as reforming the tax code to help working- and middle-class Americans raise their standard of living. Presently, instead of encouraging legislators to invest in infrastructure and education, from pre-school to college and vocational programs, which are two critical actions that have the highest return on investment for any country, Trump is behaving like a backrow bully flinging spitball at those in the front row, who actually bother to do their schoolwork.  Those who do their homework know that raising the standard of living of Americans involves both monetary and fiscal policies. The Federal Reserve is only responsible for monetary policy. If Trump wants to do anything about fiscal policies, he needs to give Mitch McConnell a call.

What Trump is not telling Americans, is that lowering rates will be detrimental to millions of retirees living on a fixed income. Additionally, lower rates will also hurt savers, those Americans who are lucky to have savings accounts and certificates of deposits. And when rates are lowered, it will not mean that financial institutions will immediately lower rates on loans and credit cards sufficiently to compensate what we lose in our deposits or retirement accounts.

Moreover, lower rates will incentivize American households, which are already at record levels of indebtedness, to get become more indebted with mortgages, auto loans, credit cards, and other forms of debt. Many will not be able to pay back those debts in the next downturn because wages and salaries are insufficient or because if they lose their jobs, they will default on those debts. Those defaults will stay on their records for seven years making it hard for them to get any credit line and even to get a new job, since many employers now conduct credit checks.

Companies will also continue to gorge at the trough of low interest rates.  As I have written numerous times, American companies’ debt is at about 75% of GDP equivalent.  Many of these loans are covenant or document lite, so lenders have little in protection, especially in a down turn.

Importantly, banks will also be adversely affected with lower or zero rates. This would compress their net interest margins. For those banks with capital markets business and asset management lines, lower rates will hurt their trade revenues, which just declined to their lowest in thirteen years.  Not only do lower profits make it harder for banks to well capitalized and liquid, which is exactly what we want now so that banks withstand unexpected losses that can come from most countries’ economies slowing or which are already in a recession.  Weaker profits will lead more banks to fire people, which has already been happening this year as Jack Kelly, CEO and Founder, The Compliance Search Group, wrote earlier this summer.

Additionally, lower rates will continue to push investors such as, but not limited to, pension funds, insurance companies, securities firms, and banks to take on more risks in complex and illiquid instruments and lower rates perversely incentivize any type of lenders to let go of what are already low underwriting standards even more and lend to riskier borrowers.  I saw this movie already in the mid-2000s. It ends badly. And this time, will not be different.

Trump’s remaining advisors need to keep Trump away from the Federal Reserve lest all of them are willing to live with their legacy being Trump’s recession. Trump’s main job right now is to get re-elected. Hence, he will push for low and negative rates all he can. Federal Reserve officials’ job, however, is to work in the long-term interests of ordinary Americans who deserve a much higher standard of living than what Trump has delivered. For the sake of all Americans, Chairman Powell and colleagues, I implore you to ignore the Tweeter in Chief.

Black Friday online sales top $9 billion in new record
Beijing grinds to a near halt as China’s capital city battles Covid with more lockdowns
If you’re ‘unretiring,’ review your Social Security benefits. There’s a ‘surprise that people want to avoid’
New Residential Communities Where Socialization Is A Leading Amenity
21 Unique Holiday Gifts For The Home To Give To Everyone On Your List