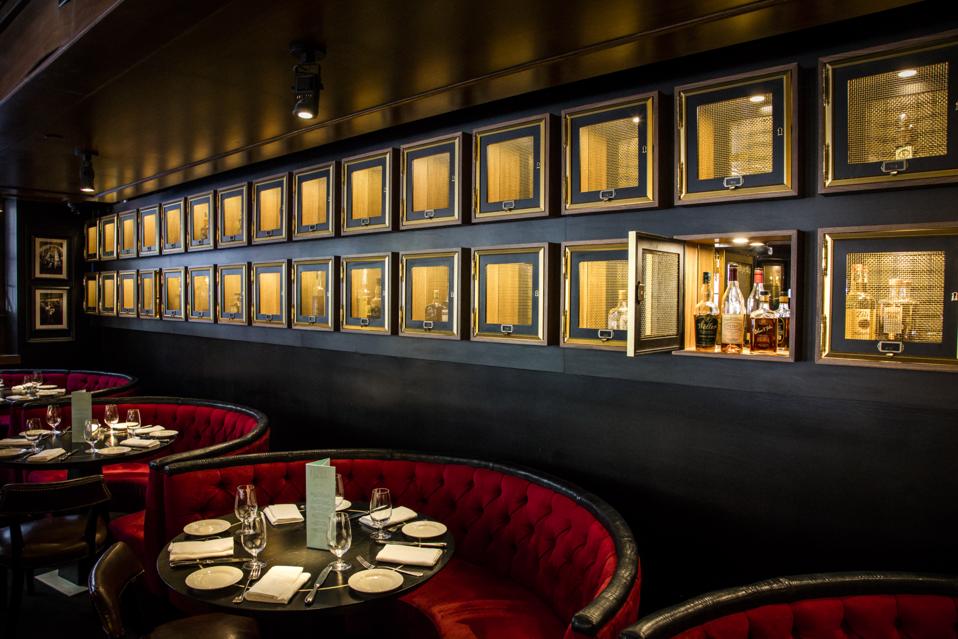 There is a waiting list for the 32 private liquor lockers in the Harry’s Reserve Chamber Club, a members-only rare spirits chamber run by the Wall Street institution immortalized in Tom Wolfe’s The Bonfire of the Vanities and the film American Psycho.

But, not for the buyers of one of the penthouses at The Broad Exchange Building, a landmark 1902 building that was recently redeveloped by LCOR.

It’s just one of the buildings offering membership perks to sweeten deals in a lagging market.

The four penthouses at The Broad Exchange Building range in price from $2.3 million for a one-bedroom, one-and-a-half-bathroom unit and $5.31 million for a three-bedroom, three-bathroom unit. The developer is offering buyers a key to one of the private lockers at the club, which they’ve pre-stocked with a selection of bottles, including a Michter’s limited 10-year bourbon that retails for more than $400.

The building at 25 Broad Street had been home to financial companies including Paine Webber.

“It is very much a Wall Street institution and Harry’s is definitely one as well,” says Anthony Tortora, senior vice president at LCOR, explaining the idea to offer the perk to penthouse buyers. “There’s a lot of overlap in customers.”

At 200 Amsterdam, a 112-unit building that is the tallest residential tower on the Upper West Side, buyers receive a year membership at Lincoln Center for the Performing Arts, with access to pre-sales, complimentary festival tickets invitations and opportunities for backstage access and special events booked through the building’s concierge.

Residents of the Jean Nouvel-designed 53 West 53, or the MoMA Expansion Tower, receive deeded memberships to the Manhattan art museum.

At The Hyland in Greenwood Heights, Brooklyn, there are 16 total parking spaces, and the sponsor is offering a free Vespa and Vespa parking for the next five deals.

At the art-centric GALERIE in Long Island City, penthouse buyers will be offered an in-person private art consultation by GALERIE’s art curators.

JPMorgan Chase tells employees the bank will pay for travel to states that allow abortion
American Airlines to stop flying to four small cities, citing pilot shortage
A Federal Gas Tax Holiday Is A Terrible Idea
Mixed inflation data might be necessary for a soft landing, Jim Cramer says
Millennials want to retire early at 59. Here’s how to make that happen