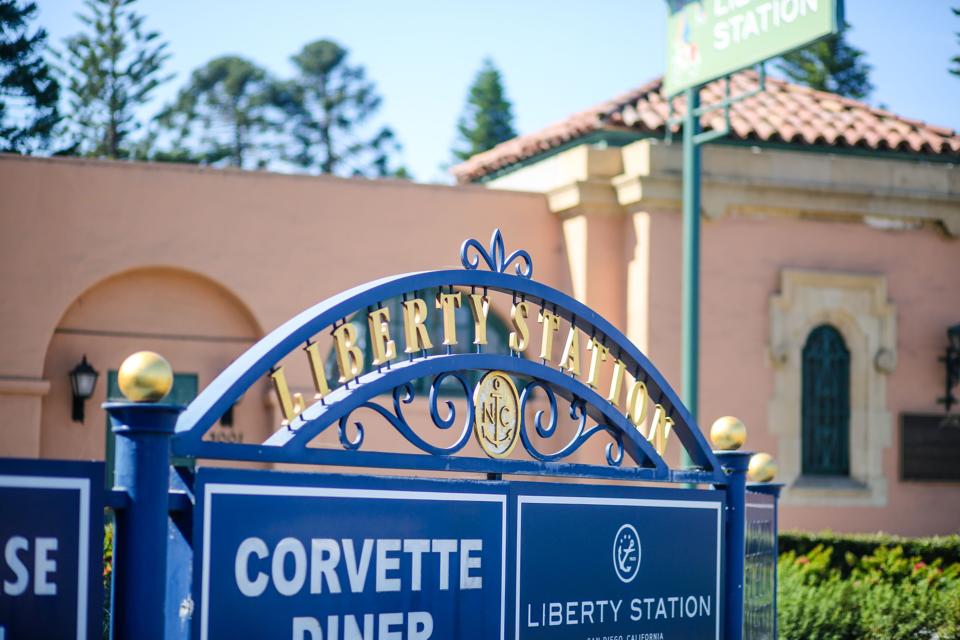 There’s often no better real estate story than one detailing an ambitious adaptive reuse project. Think of the built-in ways to keep readers reading. Frequently, there’s a threat to raze the venerable structure, challenges to overcome in transforming a generations-old building and the ingenious ways designers and builders surmount those hurdles.

As compelling as virtually any adaptive reuse story can be, it’s even better if the older real estate saved for current and future enjoyment was once indispensable in our nation’s defense and continues a proud symbol of its home city’s historic military roots.

Originally known as the Naval Training Center San Diego, and decked out in the beautiful Spanish Colonial Revival-style architecture of its surrounding neighborhood, the campus welcomed its first naval recruits in 1923, and added four new buildings during the 1930s. In World War II, NTC’s size tripled, and it went on to grow steadily larger in the decades that followed, playing a pivotal role in the country’s military readiness. Three years later the city of San Diego acquired NTC with the intent of transforming it into the center of arts, history and commerce it is today.

Visitors entering Liberty Station walk through Gate One — flanked by twin guard buildings and the steel arch comprising the oldest part of the compound — directly into Sellers Plaza, named for the first commanding officer of the NTC.

This memorable landmark elicits thoughtful appreciation from many a visitor, local and recruit, who pause for a moment to remember the countless sailors who passed this way on their way to war. They remember too, the seamen who got caught tarrying a bit too long after hours, for Gate One was the only portal back in after curfew.

From there, visitors are free to wander Liberty Station’s streets, each an historical treasure named after a different U.S. naval hero. North Promenade is a 75,000 square foot open area bookended by historic architecture, walks and archways. The beautiful white Chapel, the house of worship for sailors during the heyday of the NTC, has been meticulously restored and now hosts weddings, celebrations and events of all kinds.

Another stop might be Luce Auditorium, also known as building 35. Here, starting in 1942, 25 cents admission got sailors a seat for top entertainment by swing-era big bands and top radio comics of the day. What was Luce Auditorium is now THE LOT, a modern luxury cinema preserving the original structure’s oak stage and exposed concrete proscenium, while cocooning moviegoers in comfortable leather seating.

Exploring the grounds surrounded by meticulously restored and preserved architecture, many are struck by the Sybil Stockdale Rose Garden, set within a courtyard criss-crossed by intertwining pathways. The garden with its thriving rosebush is a symbol of heartfelt gratitude to Navy wives for their sacrifice and fortitude.

Today, many character-laden urban districts of yesteryear have fallen to wrecking balls, leaving only memories. Liberty Station is a living nod to a long-forgotten America.

“The Liberty Station community has been successful in preserving its rich military roots after almost 100 years, further solidifying the neighborhood as a prominent, historic naval site,” says Laurie Albrecht, executive director of the Liberty Station Community Association. “Liberty Station continues to flourish as one of San Diego’s signature neighborhoods while retaining its symbolic architecture in honor of its Naval Training Center days.”