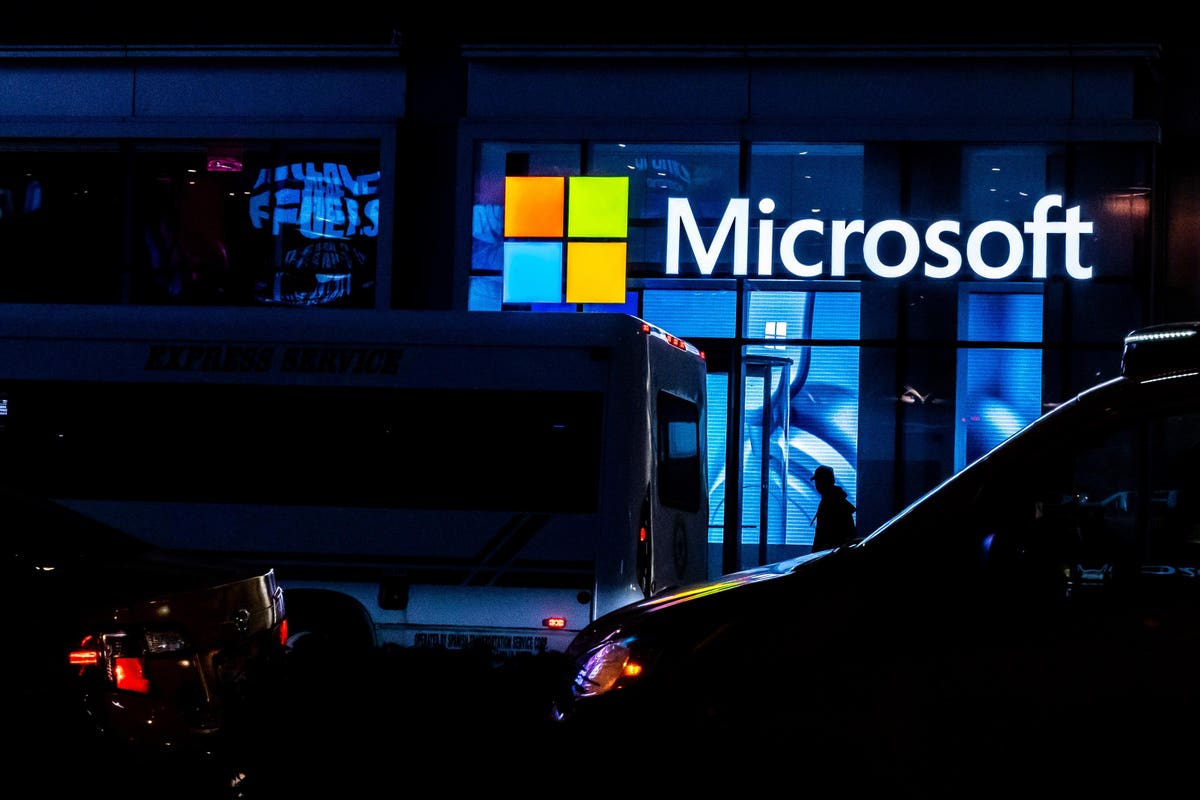 The proposals follow a similar bid at Amazon, where an investor proposal that would have required the online retail giant to publish tax transparency disclosures in line with GRI 207 was rejected May 25. That proposal lost after receiving 21% of the vote.

Yet corporate tax transparency advocates are feeling emboldened by the outcome, considering that the last tax transparency shareholder proposal voted on at a major corporation — Google in 2014 – received about 1% of the vote, according to securities filings.

Since the 2017 enactment of the Tax Cuts and Jobs Act, U.S. tech companies and others have been steadily repatriating cash that had been locked out of the United States because of the previous 35% corporate tax rate and repatriation disincentives.

For example, in 2018 U.S. companies repatriated $777 billion, according to the Federal Reserve, with Cisco’s $67 billion repatriation accounting for nearly 9% of the total.

Although pre-TCJA, tech companies like HP Inc. and Apple were booking a significant portion of their profits in non-U.S. countries, this appears to be shifting in some cases. In Cisco’s case, the company booked 57% of its profits domestically for its fiscal year ending in July 2020. A year later, that figure jumped to 93%.

The changes raise questions for investors, who want more insight into their companies’ ongoing foreign activity and structures, given that there’s little breakdown in securities filings and annual reports. For example, Cisco’s 2021 annual report was silent on whether it had conducted any intra-entity transfers of intellectual property to the United States despite the big bump in U.S. profits.

The two proposals, filed June 13 at Microsoft and June 24 at Cisco, are being coordinated by organizations that also organized the Amazon bid: Pensions & Investment Research Consultants Ltd. (PIRC) and the Centre for International Corporate Tax Accountability and Research (CICTAR).

Cisco and Microsoft in the Crosshairs

For years, investors have privately engaged Microsoft and Cisco on tax transparency but believed the companies were largely unresponsive. June’s shareholder proposals are an escalation: Investors decided to take the matter public in hopes that the resulting pressure will force the companies to engage.

In 2017, investors started tax transparency discussions at both Microsoft and Cisco as part of a collaborative engagement launched by the U.N.’s Principles for Responsible Investment (U.N. PRI). Under that initiative, shareholders from 41 companies, including Amazon, Facebook, and Cisco, asked the companies to start publicly releasing three core items: CbC reporting, reports on their tax governance and risk management processes, and a policy on their global approach to responsible tax.

Several of those corporations now publish their global tax policies and tax governance, and risk management information. Investors, however, could not persuade any of the companies to adopt public CbC reporting because most said voluntary public disclosures were out of the question.

Investors also had difficulty engaging U.S. companies, which were not as responsive as their European counterparts, according to U.N. PRI.

In Microsoft’s case, Nordea, along with co-filers AkademikerPension, PenSam, the Greater Manchester Pension Fund, and the Oblate International Pastoral Investment Trust, want Microsoft to fill in some of its transparency gaps and set an example across the tech sector. The investors, which collectively hold about $3.7 billion in Microsoft shares, are concerned about the company’s sustainability on tax.

“Currently, Microsoft does not disclose revenues or profits in non-US markets, and foreign tax payments are not disaggregated, challenging investors’ ability to evaluate the risks to our company of taxation reforms, or whether Microsoft is engaged in responsible tax practices that ensure long term value creation for the company and the communities in which it operates,” the Microsoft shareholders said in their proposal.

At Cisco, co-filers Etica SGR, the Greater Manchester Pension Fund, and the Missionary Oblates, also want the company to disaggregate its profits in foreign markets and disclose information about its tax payments in non-U.S. markets.

In support of the Microsoft proposal, the activist investors cite two recent reports on the company’s tax activity. One, published by the Guardian, reported that a Microsoft Irish subsidiary with no employees posted $315 billion in profits in 2020, after it received surplus and assets transferred from liquidated subsidiaries in Bermuda and Luxembourg.

“The concern is always, how much does this fit with the actual business reality of these companies? Is it just a structure that exists for tax purposes that doesn’t actually have that much to do with the real-world operations of that company? Just moving IP around between jurisdictions would say to me that this is a tax structure that’s not about the real world economic activity,” George Turner, executive director of TaxWatch, told Tax Notes.

The other is a years-long IRS audit of Microsoft over allegations that the company shifted $39 billion in profits to Puerto Rico.

Meanwhile, the Cisco investors say the company’s lack of engagement with shareholders on tax demonstrates that it needs transparency in that area.

Cisco was one of eight companies that failed to respond to the U.N. PRI engagement by failing to schedule meetings and providing little or no meaningful response to questions about its tax practices, according to U.N. PRI.

Cisco, which confirmed to Tax Notes that it received the shareholder proposal, said it had no further comment. Microsoft declined to comment.

Microsoft and Cisco publicly release some tax information, but the activist shareholders believe the data need to be more granular to be useful for investors.

Both publish a U.K. tax strategy, which is required of the largest companies operating in the United Kingdom. That strategy does not require large businesses to publish the amount of taxes or duties they paid.

Instead, they are required to disclose information about how they manage their U.K. tax risks, their business attitude toward tax planning, and their appetite for risk, among other points.

“We are committed to complying with all of the tax laws and practices of the countries in which we do business, including the U.K.,” the strategy says. “We proactively identify and manage tax risks and continuously monitor changes in tax law and practice.”

Cisco publishes both a U.K. tax strategy and a global tax strategy. In both documents, the company affirms that it complies with and follows applicable tax laws, treaties, regulations, and guidance.

“Cisco does not enter into transactions that have no commercial rationale or carry legal or reputational risks to our relationships with tax authorities, our customers, or the wider communities in which we operate,” the company said in its global tax strategy. “Cisco only takes tax positions that are reasonable and defensible under the tax law.”

That information is insufficient for the activist shareholders, who say they want more granular information about Cisco’s governance and risk management.

“The document is not fit-for-purpose, insofar as it does not provide investors with the information to undertake an appraisal of the company’s tax risk appetite,” the shareholders said in a release.

The GRI 207 tax standard, which contains four parts, requires considerably more disclosures. Some corporations have embraced the standard and are reporting under it while others argue it is intrusive and open to misinterpretation.

The first part, disclosure 207-1, asks for the organization’s approach to tax, which includes its approach to regulatory compliance and a discussion of how its tax strategy ties into its overall business and sustainable development strategies.

The next disclosure, 207-3, concerns stakeholder engagement and management of tax concerns and asks organizations to describe their approaches to public tax policy advocacy, strategies for engaging with tax authorities, and procedures for addressing feedback.

Lastly, disclosure 207-4 concerns CbC reporting and is the meat of the tax standard. Organizations must reveal all jurisdictions in which they are tax resident and share specific pieces of information for each jurisdiction, including:

PIRC is already aware that Microsoft is resistant to the GRI 207 disclosures, because the company told PIRC that the information it discloses in its U.K. tax strategy applies globally, Hepworth said.

“We think that is insufficient, considering the company cited in its 2020 10-K filing that 86% of its foreign tax income flowed from Ireland and Puerto Rico, both of which are low-tax havens,” Hepworth said. “That raises significant questions for us as investors.”

Investors have tried and failed over the years to push tax transparency proposals on major companies, but the recent Amazon proposal underscores how the landscape has changed.

But in November, the SEC said it would adopt a more lenient standard of review and evaluate proposals based on their broader societal effect instead of its earlier company-specific approach.

But PIRC is not measuring its success on a strict win-or-lose standard.

“Our threshold for success is not 50%. It’s not a majority. If you look at the U.K. Corporate Governance Code, the threshold for ‘significant’ dissent occurs when 20 percent or more shareholders vote against management, and the expectation is that the board has to review the issue and report back to shareholders how it will deal with the question that’s raised,” Hepworth said.

“A vote of 20% or above sends a message that a significant percentage of shareholders care about an issue and the board actually has to take the issue seriously.”

Several investors, including AkademikerPension and Nordea, have years of experience advocating for tax transparency at major European corporations.

In some ways, their Microsoft and Cisco proposals could be seen as a bid to push U.S. and European countries closer in alignment on tax transparency. European companies are scheduled to start publishing public CbC reports in 2024.

Meanwhile, several of Europe’s largest companies, including BP and Nestlé, are voluntarily reporting their tax information under the GRI 207 standard.

“Seeing the political landmark agreements with regard to tax being made these years it is obvious that the clock is ticking for companies unwilling to commit to a wider degree of transparency on this important area,” Torsten Fels, CEO of PenSam, said in a statement.

“And as a responsible investor we are going to do all that we can to push the reluctant multinationals into the future.”

How do people in Asia-Pacific feel about travel right now? It depends on where they live
These Are The Most Expensive Neighborhoods On L.A.’s Westside
Los Angeles Home Once Owned By Marilyn Monroe Lists For $6.9 Million
Deliveroo first-half losses widen as food delivery firm plans exit from the Netherlands
Alex Jones Gets $49.3M Tax Write Off, Plaintiffs Have To Pay IRS Tax On Verdict