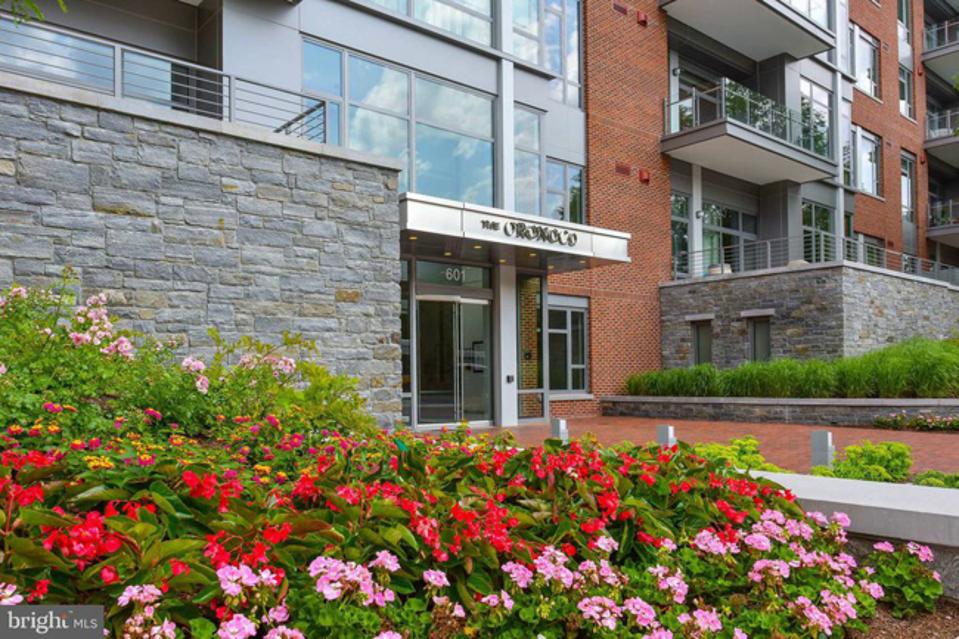 Paul Manafort’s former condominium, now in foreclosure, is listed for $3.2 million. It was the scene of the 2017 “no-knock raid” conducted in early-morning hours by FBI agents looking for documents and other materials related to the special counsel investigation of Russian meddling in the 2016 election.

The size of the three-bedroom unit is 2,779 square feet, larger than the average U.S. house. It’s located in the Oronoco, a five-story luxury condominium building near the banks of the Potomac River in the Old Town area of Alexandria, Virginia. To see pictures of the home’s interior, click here.

Manfort, now in prison, and his wife, Kathleen, lost the unit in a foreclosure earlier this year.

It’s now owned by Federal Saving Bank – does that name ring a bell? That’s the Chicago-area bank that came up during Manafort’s 2018 trial for tax and bank fraud. In May, the bank’s former CEO, Stephen Calk, pleaded not guilty after prosecutors charged him with providing mortgages for Manafort in exchange for a potential high-ranking job in the Trump administration.

The condo unit has oversized windows with views of the Potomac River. In the kitchen there’s a Wolf cooktop, a Sub-Zero refrigerator, cherry cabinets and quartz countertops.

There’s also a home office that was scoured by FBI agents for evidence of crimes. It has a wall of cherry bookcases and cabinets.

The master bedroom suite has a private balcony and double walk-in closets. The master bathroom has a glass-enclosed steam shower.

The building has a gym, a heated pool, bike storage, a dog washing station, a concierge and a porter. The unit comes with two parking spaces in the underground lot.

The property is listed with Sue Goodhart with Compass Real Estate. She declined to comment.

Manfort was under house arrest at the condo until a judge sent him to jail after prosecutors showed evidence of witness tampering. While Manafort was confined to the building, he sent a letter apologizing to his neighbors and blaming Special Council Robert Mueller and the press for the situation.

Fed Chair Powell says smaller interest rate hikes could start in December
If you’re still missing your tax refund, you’ll soon receive 7% interest from the IRS — but it’s taxable
21 Unique Holiday Gifts For The Home To Give To Everyone On Your List
For Emily Dickinson’s Birthday, Visit Her New England Home
Inflation boosts U.S. household spending by $433 a month, on average, Moody’s finds