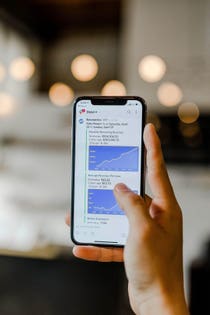 Multiculturalism and globalization have helped drive immigration and growth to major hubs, but in some cases, it has also caused brain-drain and damaged the economies of immigrants’ home nations. The Caribbean has experienced widespread immigration and boasts a large diaspora worldwide relative to its population .

Jamaica, which is home to 2.9 million people is the perfect example of this: the island-nation has an estimated diaspora population of 2 million across North America and Europe, of which 1.2 million are believed to be first generation immigrants. With such a number of overseas representation, it is understandable that the government has looked to rally the diaspora to help invest in the Jamaican economy – and they are not alone.

Caribbean nations are looking to capitalize on their overseas population base as a potential source of growth. However, the nature of a diaspora makes it harder to convene a large majority in a single area, therefore, several governments including but not limited to Dominica, Haiti and Jamaica have created new portfolios and ministerial positions that aim to bring these overseas communities back into the fold. These government departments look to create events and conferences in major international hubs that attract their diaspora.

The idea behind these events is to create an environment where the diaspora is able to learn about current policies in their home country whilst being given the opportunity to invest in development projects. Governments have found various ways of engaging their overseas population base from having them register online to enable them to give remittances and other financial contributions such as bonds. Remittances are a sum of money sent through to an individual or entity as a gift, in most cases, overseas family members will send remittances to their families in order to help make ends meet. So far, this particular form of investment has yielded successful results.

Remittances from the Jamaican diaspora in North America were over US$2.2 billion in 2014 or roughly 15% of the nation’s total GDP. Those remittances to family members have helped reduce inequality and stimulate growth, with a study by the Economic Commission for Latin America and the Caribbean (ECLAC) showing that remittances were used to cover daily living costs, fund education and help buy housing. A separate study by the Inter-American Development Bank concluded that diasporas were seen as a “promising alternative financing instrument” as long as they were able to be secured as a consistent form of investment – something which in itself presents a different challenge.

Flags from all over the globe are displayed on a street on the UK.

As The Caribbean Council points out, bringing a diaspora together means dealing with a range of social issues: “As anyone who has had exposure to the Caribbean’s North American and European Diaspora will know, defining the nature of the very different communities on either side of the Atlantic, let alone accommodating their multifaceted social identity, attitudes, political divisions, and variable connections with their former homelands, is becoming ever more complex. For the most part, the Caribbean seems not to have accepted that its communities overseas are now far from homogeneous; are rapidly fragmenting into quite different component categories that require much closer analysis given their quite different needs, and are slowly losing interest in the region from where their grandparents came.”

The issues behind immigration and heritage are indeed complex, but nations have found ways to capitalize on their diasporas and avoiding those particular problems. The Caribbean Council suggests that disenfranchisement can be countered by inclusion in specialized programs, whilst experts have pointed out that brain-drain can be reduced by making the home nation more attractive to stay in or return to. Again, this provides another challenge for nations looking to retain the engagement of their diasporas.

People outreach in a community center.

In a bid to create new opportunities for their diasporas to return to, governments have turned to the internet as well as other technological resources. SiliconCaribe is a media outlet that was built as a result of the engagement the Caribbean diaspora in North America. The diaspora identified the tech industry as an area of growth within the region that lacked the infrastructure to sustain local developers. Since SiliconCaribe’s inception in 2007 it has helped “10,000 Caribbean tech entrepreneurs to connect to information, expertise and people they need to launch and grow their business.”

Jamaica has also been working towards a plan to reverse the brain-drain by setting up projects that will encourage people to return to the island-nation and strengthen the links between Jamaica and its diaspora. In a meeting last year with the US diaspora, Jamaican Senator Perneal Charles Jr. announced the establishment of the Diaspora Youth Council, which he believed would give young people “a functional space to craft ingenious strategies their own empowerment”.

See also: Banning Plastic: How Jamaica Moved To Save Its Environment

Such projects help to ensure that engagement amongst the diaspora will continue, as he explained: “I also wish to expand the birthright program by giving youngsters the opportunity to experience Jamaica in terms of the work environment and culture. This will serve to strengthen the affinity and linkages with Jamaica.”

By engaging diasporas to actively interact in the development of their home nation, it not only improves the economic outlook of the country in question but also strengthens the ties between the communities. Additionally, returnee programs could bring immigrants back home and help them to give back to the community to create an environment where immigration to neighboring countries is no longer needed.

Some borrowers may qualify for a student loan interest deduction, despite payment pause
Peloton shares surge 26% after fitness company posts subscription revenue growth
3 key things to know before opening a home equity line of credit
Secure Gun Storage Is A Wellness Design And Real Estate Benefit
Op-ed: Salesforce appoints ValueAct’s Morfit to its board and a proxy fight may loom ahead