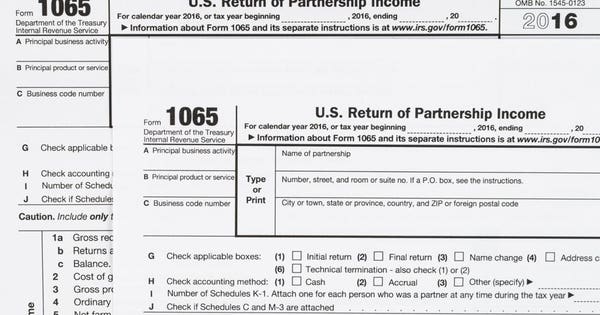 Whether and how and when you can deduct interest is largely based on how the money you borrowed was spent.  The tracing rulings that follow the borrowed proceeds are pretty challenging.  Most of us just try to do the best we can.

Then there are partnerships that borrow money.  They follow the same rules unless they use the borrowed money to make a distribution to partners.  Then it gets really simple for the partnership.  The partnership discloses the interest expense to the partners and tells them to figure it out based on what they did with the proceeds.

Generally, the one thing that the partner can’t do is deduct the interest against the income from the partnership, since that is not where the borrowed money went.  I suspect a lot of preparers end up doing that anyway because it seems reasonable if you don’t think about it much.  Judge Lauber’s recent decision in the case of William Lipnick, identified the circumstance in which deducting the interest from a debt-financed distribution against the partnership income actually is the right answer.  It’s a regular decision making it something of a big deal, so pay attention.

The stakes were pretty high – over $700,000 including accuracy penalties.  And it was a pretty simple issue.  There were three partnerships Mar-cal, Mayfair and Brinkley that flowed interest expense to Lipnick.  The interest at the partnership level traced to debt-financed distributions. Nonetheless, Lipnick deducted the interest against the partnership income (which was higher than the interest deductions).

The IRS position was that the interest should have been treated as investment interest, limited to investment income and reportable as an itemized deduction.  What made the difference?

Why This Situation Is Different

As it turned out, William Lipnick never received any of those debt-financed distributions.  The distributions had gone to his father Maurice Lipnick, who had transferred some of the interests to Willam during his lifetime with the balance passing after his death in 2013.

In short, whereas Maurice received a debt-financed distribution, William is treated as having made a debt-financed acquisition of the partnership interests he acquired from Maurice.  For section 163(d) purposes, therefore, the debt proceeds are allocated among all of the partnerships’ real estate assets using a reasonable method, and the interest paid on the debt is allocated to those assets in the same way. Sec. 1.163-8T(c)(1), Temporary Income Tax Regs., supra.

IRS Had No Basis For Its Position

Judge Lauber, rightly in my view, laid into the IRS pretty heavily.

It seems obvious that William would have no “investment interest” if he had acquired his ownership interests in the four partnerships from a third party for cash. Respondent has not explained why the result should be different because William acquired those interests from his father by gift and bequest. Respondent, in short, has enunciated no principle that would justify characterizing the interest passed through to William as “properly allocable to property held for investment” by William.

I suspect that Mr. Lipnick may be financially ineligible to recover attorney’s fees, which is too bad because I think IRS was really being dumb on this one.

Aysha Bagchi had The Son Is Not the Father in Tax Reporting of Paid Interest in Bloomberg Tax.

Dylan Moroses has something behind the Law360 paywall.

And, of course, Lew Taishoff is not going to let a regular Tax Court decision pass him by.  He has Mortgaged Out evoking an old real estate concept.

The move used to be that a real estate operator would increase the rent roll so that he (it was usually “he” in those days) could get a mortgage and let the renters pay it off, while he took the proceeds and bought other investments. The interest was deductible, and amortization was sheltered by depreciation. Of course, the investment interest rules and the passive activity rules put paid to that maneuver, but fortune favors the wise.

Louis Vlahos had Gifting Business Interests: Will The Parent’s Tax Treatment Be Visited Upon The Child?* which is pretty clever but defies excerpting.  So take a look.

Published Tax Court decisions look at new and novel issues that have not previously been decided by the Court—and, in the case of Lipnick v. Commissioner, 153 TC No. 1,[1] the Court was looking at just such case.

Almost half of Americans think we’re already in a recession. Here’s how to prepare if they’re right
America Needs To Improve How It Treats Its Older Workers
Bill Gates is ‘very optimistic’ about the future: ‘Better to be born 20 years from now…than any time in the past’
Tesla reports record revenue and beats on earnings
Are digital wallets safe? Here’s what to know as the battle between big banks and Apple Pay heats up