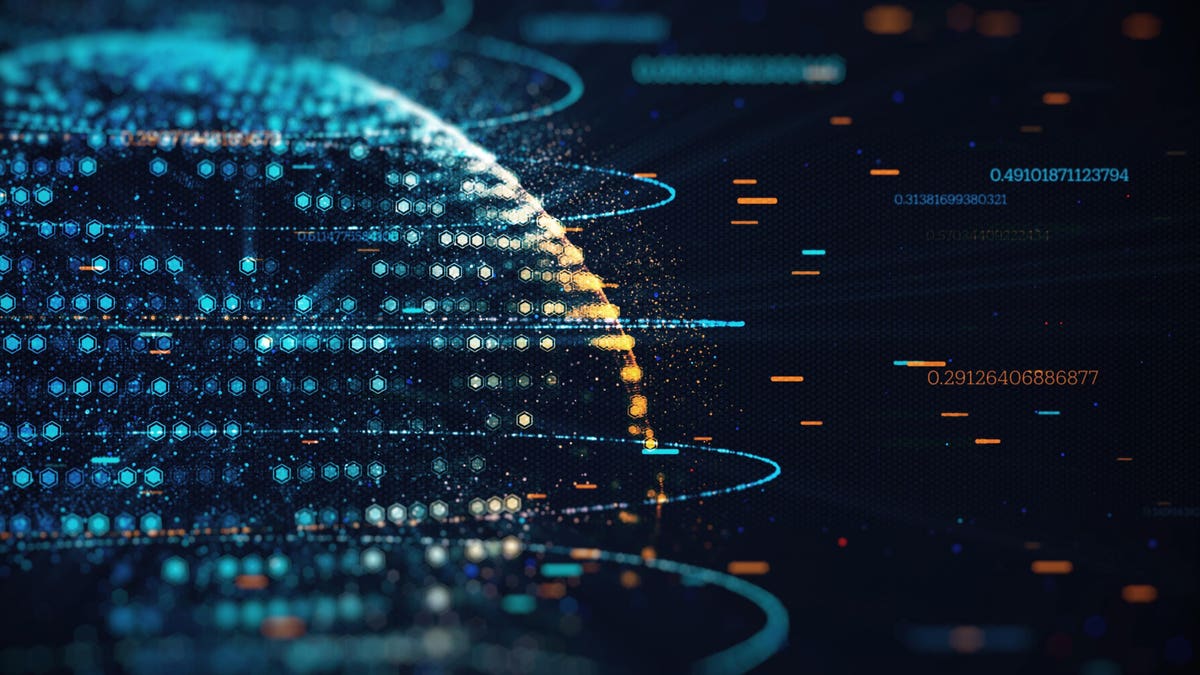 This transcript has been edited for length and clarity.

As the OECD seeks to finalize work on a two-pillar solution for taxing the digital economy, the project is facing some serious headwinds. With opposition asserting itself on both sides of the Atlantic, where do things stand now and how close are we to a final agreement?

Tax Notes chief correspondent Stephanie Soong Johnston will talk about that in just a minute. Stephanie, welcome back to the podcast.

Stephanie Soong Johnston: Thanks for having me again.

David D. Stewart: First, could you give listeners a brief overview of the OECD project?

Stephanie Soong Johnston: This is always a challenge because it’s never brief, but I will try. You may have remembered me talking about this two-pillar project. It’s an outcrop of the action 1 report from the OECD base erosion and profit-shifting (BEPS) project in 2015.

Amount A requires a multi-level convention for implementation, which will also formalize a country’s commitments to withdraw any unilateral digital services taxes and what they call “relevant similar measures.” They promise to withdraw those measures and refrain from introducing new ones in the future.

Pillar 1 also includes amount B, which represents a fixed return for baseline marketing and distribution activities in market jurisdictions that are in line with the arm’s-length standard. The plan also includes dispute prevention and resolution mechanisms to enhance tech certainty.

Pillar 2 sounds a lot simpler, but is actually not. It ensures that large multinational enterprises pay an effective minimum tax rate of 15 percent in the countries in which they operate. This is primarily done through top-up taxation regime called the global anti-base erosion regime, or GlOBE rules, as everyone likes to call them.

Pillar 2 also includes the GlOBE implementation framework and the subject-to-tax rule, both of which are still under development. The subject-to-tax rule is a treaty-based rule under which source jurisdictions can impose a top-up withholding tax on some related party payments that are tax below a rate of 9 percent.

That’s it in a nutshell.

David D. Stewart: You alluded to the fact that we’ve been talking about this for a while. Where do things stand now on the development of rules to implement these pillars?

Stephanie Soong Johnston: For pillar 1, amount A, the status on that is that the task force of the digital economy, which has been leading all of this work since it began many years ago, is supposed to develop amount A model rules and commentary and a multilateral convention and explanatory statement to implement this amount A taxing right.

To get there, the OECD has been holding what they call a series of “rolling consultations” on the various elements of amount A, such as: scope, revenue, sourcing, and nexus rules, tax-based determination.

They also consulted on the nature of the carve-outs that they provided. This includes the extractive and regulated financial services industries.

Just recently the OECD published what they call an “amount A progress report,” which is just essentially a summary report of all the work done so far. It also includes some new elements that have not been consulted on yet such as double taxation relief and what they call the “marketing and distribution profit safe harbor.”

It sort of gives all stakeholders a sense of what amount A is going to look like, because a big complaint that taxpayers had was that, “Well, we can’t really see how these rules are going to fit together because we’re consulting on all these separate parts of amount A, so we need to see everything in one go to see how things are fitting together.” This is that attempt to give stakeholders that chance to review amount A in almost its entirety.

There’s still work to be done. Public consultation is going until August. I assume they’re going to do another consultation of this kind after they’ve finished up this one. I guess we’ll have to stay tuned for that.

For pillar 2, the OECD published model rules in December 2021 and accompanying commentary explaining those rules and giving more guidance in March. We are now just waiting for the implementation framework and the subject-to-tax rule multilateral convention or multilateral instrument to implement that. So pillar 2 is further along than pillar 1.

Pillar 1 has been delayed. Initially the OECD and the inclusive framework had hoped to get a multilateral convention for amount A to be open for signature by the middle of this year, but that’s definitely not happening. The OECD Secretary-General Mathias Cormann recently told the G-20 finance ministers, “We’re going to have to wait. Work is ongoing and we’re now looking at a mid-2023 timeline for getting that multilateral convention ready for signature.”

David D. Stewart: There recently was a meeting of the G-20 finance ministers. What came out of that?

Stephanie Soong Johnston: At these meetings, we usually expect what they call a communiqué, where all the G-20 finance ministers agree on wording. But this time they came out with a chair statement, which is interesting. I suspect it has something to do with Russia being part of the G-20 and maybe not everyone’s on the same page on issues.

The G-20’s chair summary just had a small paragraph about tax. A reaffirming of the group’s commitment to swiftly implementing the two-pillar solution. It was very forward looking, and to me, when I read it, didn’t seem like they were going to let up. They were not discouraged by any of the hurdles that are in the way of implementing pillar 1 and pillar 2.

The G-20 also had a tax symposium, which they usually do. The main theme at that tax symposium was that developing countries really need a lot of help in implementing and administering pillar 1 and pillar 2.

To me the chair summary was optimistic and still full steam ahead, but you can see that there are some difficulties ahead. But the work still keeps going.

David D. Stewart: Well, let’s talk about those difficulties, because there’s been a fair amount of drama. We’ll start with the EU. Could you tell us about what is happening there?

Stephanie Soong Johnston: Pretty much everyone considers the EU the first mover on implementing pillar 2 because after the OECD published the model rules in December 2021, the European Commission published a draft directive for the adoption of the GlOBE rules in the EU.

But as you alluded to, there has been a lot of drama surrounding this EU-wide adoption of pillar 2, because the EU requires unanimity among all EU member states to adopt any directive that has to do with tax.

All EU member states, except Poland, had agreed to adopt to the GlOBE pillar 2 directive at the Economic and Financial Affairs Council’s (ECOFIN) May 24 meeting of this year. That was a bit of a surprise because everyone thought that maybe Hungary would be the one to be the main holdout.

Poland ultimately lifted its opposition to the directive at the ECOFIN June 17 meeting, but then Hungary changed its mind and vetoed the directive. After that, the Hungarian parliament adopted a resolution to reject the pillar 2 directive. Now Hungary is the holdout and countries have been really trying to get them on board.

It’s interesting because the Hungarians initially agreed, but then they changed their mind and then they went on this offensive in the U.S. press and the Hungarian press about how pillar 2 is terrible for their country.

Republicans seized on this and started corresponding with the Hungarians about sinking the pillar 2 directive and the pillar 2 in general, because they think that pillar 2 is going to be bad for U.S. businesses. It’s obviously a political play, because the Republicans wanted to sink the Biden administration’s plans for pillar 2 and global minimum taxation because global minimum taxation was a big cornerstone of the Biden administration’s agenda.

Meanwhile, the U.S. Treasury suddenly decided that they would terminate the 1979 U.S.-Hungary treaty, citing Hungary’s opposition to the pillar 2 directive as a reason, which was another twist in this ongoing saga. Kind of an odd move because the 1979 treaty is the old treaty and the United States has been trying to approve a new treaty with Hungary, but that has been stuck in the Senate for a long, long time.

I don’t know what exactly is going to happen, but keeps me busy and interested and our readers happy that we’re covering all this. It really is a bit of a soap opera. I can totally see a Netflix special about all of this because I think it’s fascinating.

David D. Stewart: You mentioned some letters, some correspondence from Republican lawmakers, how is implementation going in the United States?

Stephanie Soong Johnston: The main things that the United States needs to do is reform its global intangible low-taxed income (GILTI) regime. The GILTI regime actually inspired those GlOBE rules in some ways, but some changes are needed so that the GILTI is more in line with the GloBE rules. The United States has to change the rate to 15 percent and also change the regime so that it applies on a jurisdictional rather than worldwide basis.

Those are the two main changes they need. It’s not perfect, but it is enough for other countries to accept the GILTI regime as what they call a “qualified income inclusion rule,” under pillar 2.

Recently Sen. Joe Manchin, D-W.Va., went on West Virginia radio and said that he is not going to support the minimum taxation provisions in any bill. That is going to be a hurdle because Democrats or the Biden administration needs Manchin’s vote.

But politics, we’ll see what happens.

David D. Stewart: I guess there’s a lot of that going on at the moment. We’ve got a sort of unanimity rule in the U.S. Senate, at least for the Democratic caucus.

What’s next for the project? Where do things go from here?

Stephanie Soong Johnston: I think it’s just going full steam ahead. Actually someone asked me, “Why don’t we just stop this madness?” But the OECD secretariat cannot stop until a G-20 says “OK, we’re abandoning all of this.” They’re just going to keep going.

I guess just keep on keeping on at this point.

David D. Stewart: All right. I’m sure you’ll keep us up to date on everything that happens going forward. Stephanie, it’s always great to have you. Thank you for being here.

Stephanie Soong Johnston: Thanks. Good to be here again.

The conversation has been edited and condensed for clarity.

New Condominium Buildings Sweet On Pickleball
As climate change threatens more homes, some properties are getting too costly to insure
7 changes Americans are willing to make to fix Social Security — including one with ‘overwhelming bipartisan support’
Taiwan’s trade with China is far bigger than its trade with the U.S.
IRS Wants To Change The Inherited IRA Distribution Rules